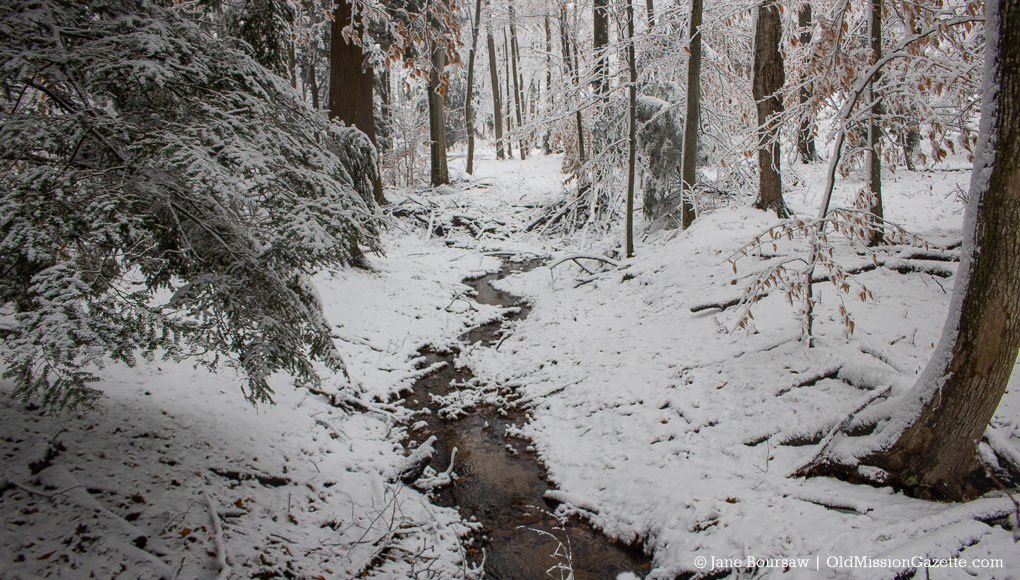 Interesting week for us here dear reader – COVID has found my immediate family. My daughter-in-law and the three kids all have COVID; happily, none seriously – the worst of it has been some achiness and a mild fever. It has not quite yet been a full week, but they are all improving by the day. I do not know which variant hit them, but based upon what I’ve read it was likely the omicron as that is the one sweeping the region – the “virus du jour” so to speak. I look forward to getting a hug from all of them once they clear their quarantine!

We have now had our first true snowfall of the winter and of 2022, a mediocre storm that began overnight Friday morning and ended midday. The “snowbelt” of our tiny state up in the NW corner got over a foot of snow from it while down by the coast here, we ended up with a little over 4” of snow. I shoveled but really didn’t have to as the truck would have been fine getting in and out in it. But I do enjoy shoveling. Beyond that, if left unshoveled footprints and the like can freeze into real slip hazards and we don’t need that.

While it is cold today, never rising above freezing, our forecast calls for rain tomorrow and temps rising into the upper-40’s. But then winter takes back its grip with Monday and Tuesday not getting out of the teens and the overnights down into the low single-digits. I wouldn’t mind the cold if it hung around for a few weeks and allowed the lakes and ponds to freeze so we could go ice skating, but it is only supposed to last a few days and then back into above-freezing weather.

When I was a kid, ice skating took up at least 75% of my leisure time. That amount would be higher if there was no snow or other weather that impeded skating. If allowed, I would go ice skate before I dressed and went to school, back onto the ice when home from school until supper, and then back out after eating until bedtime. I was lucky in that we had a pond right across the street from my house and there were only two houses actually on the pond – the rest was wooded and private property so there was never more than a few kids on the ice any given time.

There were a couple of downsides to it though: there were two islands, fairly good-sized ones, that took up real estate in the front part of the pond where the two houses were. One of the houses had a dock and a couple of floodlights and the people were generous enough to allow any and all skaters to put on their skates and leave their stuff on the dock as well as to turn on the lights at night until the last skater was done. Looking back, I know I did not even remotely understand how incredibly kind and generous this was of them.

The other down side was that there were African geese and swans that were permanent residents in the pond, left over from the glory days of the once sprawling estate; permanent in that they were unable to fly. So we had to keep a hole open in the ice for them. The hole was obviously a hazard but so was the ice all around it as it would become covered with poo and feathers and whatever else foul residue the fowl would leave on it. So we would periodically move the hole to allow the old hole to ice over and the ice to clear. (This, of course, became yet another hazard in between being open and being safe to cross over!)

I really don’t know who all kept the hole open, but in the cold we had every night back then, it had to be done daily. I know that when I became old enough, I would do it sometimes, but in my younger days I really don’t know. I am not sure if the neighborhood men that were close to the pond took turns doing it or if the contractor that bought the estate and built all the homes (and still owned the pond and surrounding woods) did it himself.

What I do know is that I loved weekend nights – Friday and Saturday – so I could get on the ice and skate from sun up almost straight through to 9 or 10 at night. The night skating was the best – especially if there was a decent moon and clear skies – you could freely skate with speed without fear of hitting a branch or other debris in the ice. Recall this a wooded pond with partially submerged islands so the risk of finding a stick or piece of vegetation frozen into the ice surface was real and doing so would almost inevitably result in a fall. But when the moon was out and shining the skating was fast and effortless!

I mentioned the hazard introduced by the “moving” hole and one night that “old hole” gave me a helluva’ story. I wrote about it detail in another post (Call of the Wild) and probably mentioned it in a couple of other posts. The short version is that the ice over the old hole had not yet reached enough thickness to support a person. During the day, the black circle in the white ice was very easy to spot, but at night it was more difficult. On this night it was in the farthest back section of the pond, basically surrounded with woods and no light.

I did not see it until I I was on it – and it broke. And in I went. Alone without another person anywhere in sight. There were others skating that night but no one ever skated back into this back section at night so not only was I out of sight, I was mostly out of earshot too. Of course, I lived, so there is no great suspense in the story. But for those 30 or 40 seconds I was in that dark water there was a modicum of suspense for me! I got out because I was young, because I was in great shape, because I didn’t panic, and because a higher authority was looking out for me.

If given my dream, with regards to skating, I would have clean smooth ice and would not have to skate in a circle; it’d be on a river through the woods where you could skate for hours and never see the same sight the whole time. Or perhaps a really big lake would do. I mean a pond is nice, but you are basically going in circles. And as much as I love it, I think I would prefer it to be like a road with new sights ahead and around every bend. As a child I remember reading of skating like this in the Scandinavian countries where they had deep and prolonged cold and would skate rivers and canals and that sounded so incredibly appealing to me.

But I really can’t recall the last time we had ice for skating here, at least for more than a couple of days, never mind for weeks on end. And I am not sure we ever will see that given the weather I’ve witnessed over the last 20 or 30 years. Say what you will, but our weather has changed and there is no denying it. Temps are consistently warmer year ‘round and that is the enemy of outdoor ice skating, at least in this state. I am sure that farther north such as in Maine they still have plenty of ice skating.

Speaking of weather, this old wolff is delighting in the fact that days are getting longer and that we may actually see our first flowers emerge in a matter of weeks: snowdrops and crocuses. They will likely appear in February, sometime as early as mid-month, but will definitely be up by the first week of March. I am getting seed and bulb catalogs in the mail and I am already busy planning my 2022 garden. As much as I wish to live in the “now”, it is nice to look forward to the coming spring. As Voltaire wrote: “we must tend to our garden”.  Stay well dear reader!!