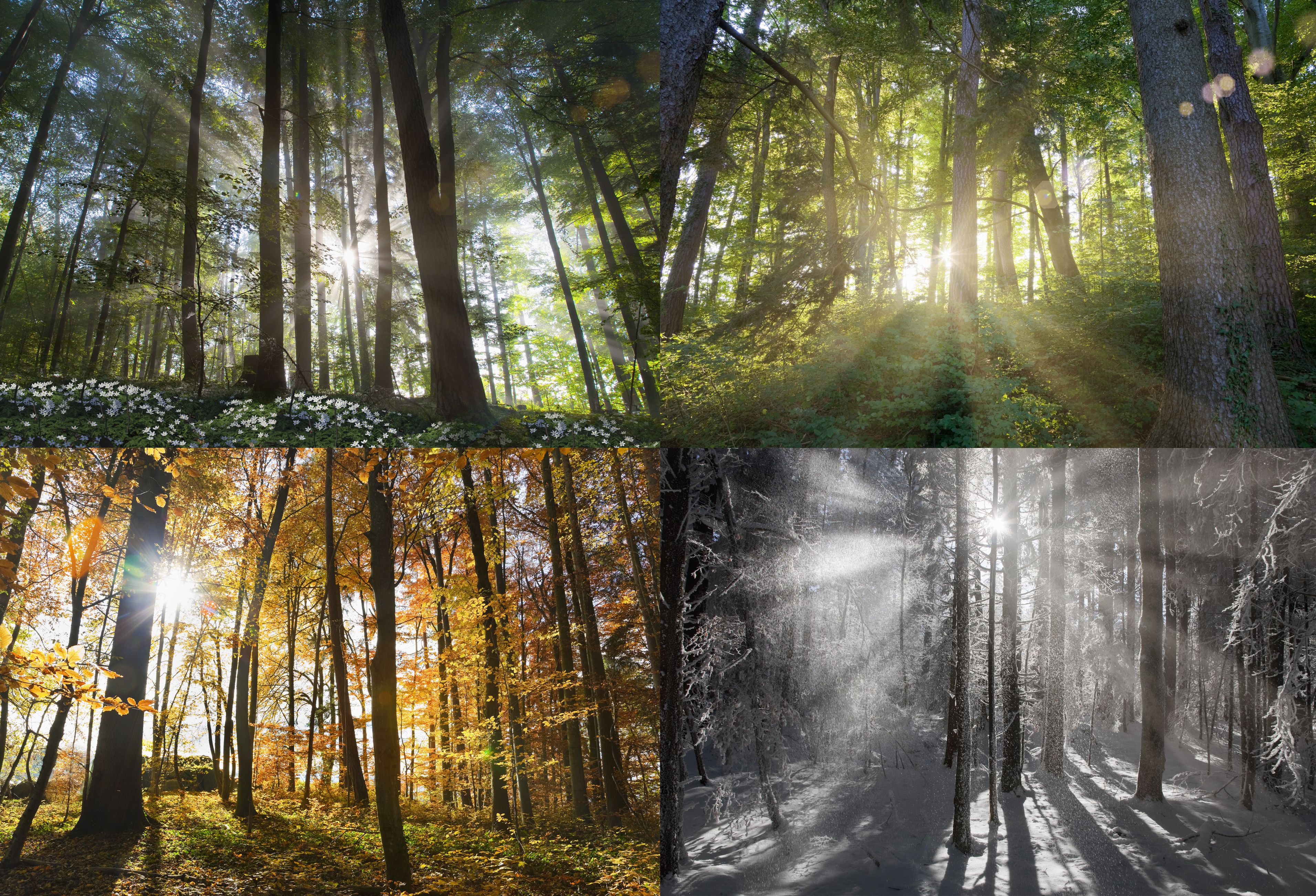 When I was young (and if you’ve read some of my ramblings you know this) I used to run through the woods. I’d just run, slowly at first, tentatively; then faster and faster challenging the woods to catch me. No paths or trails or the like; in fact no direction – just an ever increasing pace until the arms of the forest floor were able to grab hold of me and send me tumbling breathlessly to the ground.

In the early winter I would head into the woods to look for my favorite transitional treat; the first ice of the year. And it was never the pond across the street and it was never the stream in the shallow woods. It was the swamp hidden deep in the woods and unknown to all but me. And I would cautiously ease onto the clear ice and peer at the mysteries normally unseen to all on the bottom.

In the summer I would climb trees, almost voraciously, as I yearned to get as high above the canopy as I could to see all that was unseen from below. And I would sometimes bring a book, snacks, and a radio and I would spend hours nestled in the branches.

In the deep of winter, after a great snow, I would forge my way into the woods, find just the right tree above just the drift and would dive from the tree into the drift. (Not the brightest form of fun in hindsight!)

Another treasured time in the woods was late fall towards dusk. The light, the ambiance, was sublime and intoxicating. The woods were still, silent, solitary, and soundless. Unlike any other season in the woods, the air was heavy with the decomposing leaves and the failing fungi, licked with the moisture of the fall rains and nighttime dew. The light was dim and low in the sky and cast both light and shadow that was surreal and always made those walks a privilege.

In the summer, when I was running to train for cross country, I would throw off sweat like a summer monsoon, running mile after mile. I would start on a nearly deserted road, transition to an unused dirt road, and then into the woods for most of the run. Near the end, intentionally planned, was a huge pond, essentially unknown and unfrequented by anyone. Barely without breaking stride I would cast off shorts and shoes and quench my hot skin in the cold water before heading home and completing the run.

And one of my most memorable times, my most introspective times, were in pine groves. I knew of only two back then, and have since found a couple more. Pine groves are sacred. They are cathedrals of reverence; hushed and silent. They literally whisper in your ear and you cannot enter one without immediately knowing you are in a hallowed place. You walk, by innate respect and by intuitive knowledge, softly and reverently in these majestic and magical halls of green.

As I mentioned, there was a wooded pond right across the street from my house, and I could barely wait for the first real freeze to go test the ice. It was an annual tradition once the leaves fell; wait for the freeze, test the ice, cut a hole to measure the ice, repeated until it truly was time to skate. And skate I did; we all did to some extent, but that ice was primarily mine due solely to occupancy. I loved to sleep. But come skating season I would be up at least an hour before school so I could go skate. The moment I got home from school it was back on the ice where I would stay until it was time to eat. Then homework and back on the ice until bedtime.

The pond was kidney shaped and there were only two homes on the shore, both at one extreme end. The rest of the pond was surrounded by woods. One of them had a small dock which had floodlights on it. They would turn them on at night for us kids and would allow us all to use the dock to change into our skates. As you ventured to the back half of the pond the lights from the dock would quickly fade and you’d be in the embrace of the night’s light; some nights brilliantly lit by a full moon and other nights it was total darkness. I can still recall the sounds of the blades on the ice. In hindsight I recognize that it was more the acoustics created by the geometry of the cove tucked into the woods, but back then I was certain it was the magic of the ice, the cold, and the dark. Regardless, it was spectacular and revered.

We (meaning the neighborhood somehow, although I do not know the mechanics of it) had a couple of African geese, four or five swans, and a lot of mallards. The geese and swans could not fly; I believe they were vestiges of a grander time when the whole neighborhood was nothing but a giant private estate with Koi ponds, formal gardens, trials and paths, and this pond with the aviary art. Regardless why, they couldn’t fly so we all “knew” that someone had to cut a hole in the ice for them and then keep it open daily. As I grew to a teenager, I took over much of the responsibility of the task. I don’t know who did it before me and I don’t know who did it when I didn’t. But somehow we always had a hole for them. Periodically we would move the hole and when we did, the old hole was slowly skin over, grow dark and black, and then transition to the cloudy white of thick, safe ice.

One night we were playing hockey, at least our version of it, and the puck went careening down to the back end of the pond so I sped off in chase to scoop it up. As I arced around at the end of the pond and headed back towards the main part of the pond I glanced down at my skates and to this day I still can vividly see the ice as it quickly went from cloudy white to dark and black. I can still recall thinking “the old hole” as I heard the crack and felt the water. I went through and under. I immediately popped back up like a cork and wriggled half my body up onto the ice when it broke again and back under I went. This repeated two or three times as I climbed up only to have it break again.

I finally broke my way to whiter ice and try as I might, I could not get the rest of my body out of the water and repeatedly would slip back in again. I won’t say I was freaked out, but I certainly wasn’t all that calm either. Remember – at 14 you are immortal so the fear was nowhere as great as the mounting frustration. On the last slip back into the dark waters, I finally decided to use an old swimming pool trick; as I fell I intentionally sank to the bottom (as I recall only like 6’ deep or so) and once there, bent my knees and coiled my lower body up like a spring. Then using the bottom, I shot up like a rocket and that was just enough added force to get up and out of the water. I skated back to the dock, where I was literally frozen like an icicle: clothes, hair, and skate laces. I couldn’t get them untied and had to walk home wearing them. Looking back, probably lucky to still be here, but what a found memory!

So my point of all these seemingly unrelated snippets? To better articulate a couple of points that help frame much of the perspective of my writing. I think the two key themes are that I am a solitary person and I love the woods. And frankly, the two are connected; the woods are a sanctuary of solitude. But I am not so certain that this is the reason I love them so. Certainly a part of it, but there is something deeper, something more primal about it.  And no Wolff jokes please 🙂

This all is meant to tie into the idea of life and its repeatability. Is the call of the wild, the woods, so strong with me because I grew up in it? Or am I genetically predisposed to the woods over the city? Hah! Back to the nurture versus nature debate!! Mind you, I am not trying to convince you it’s one or the other, mostly because I am not yet convinced. In fact probably never will be truly sure since it is one of those life questions that really can’t be answered with any absolute certainty.

But there exists another possibility; was I born and raised in the woods once, twice, thrice in the past? Is the calling more of a distant memory? A seed of the past planted in my soul and germinating with every rebirth? Reincarnation simultaneously makes complete sense and no sense to me. I wholeheartedly embrace and disdainfully reject the concept. I love words and what they can do; that is art and it lifts my spirit. Yet I love logic and science; it fortifies my spirit. They each coexist within me and while I might hope on any given day to be mostly one, or the other, I think I am mostly a mix of both.

Life is more than just a physical presence. We have personalities, likes and dislikes, specific tastes, and we love and we hate. We are more than the molecules and chemical compounds of which we are comprised. We are both brilliant and obtuse. We write, we invent, and we calculate. We create and we destroy, capriciously sometimes. There is more in us than flesh and bone; no one can deny that. The spark, the electricity that powers our brain has been described as our spirit, our soul, or the touch of our creator. Without diving down that rabbit hole (for now) there must be an acknowledgement that we are more than the sum of our parts. And as I have alluded to in the past, that electricity, that energy, operates at a specific and unique frequency and produces its own special harmony.

But why? Genetics? Certainly yes. Nurture? Nature? Absolutely yes to both. But is there more? Are we one and done? Or does that celestial electricity live on after us? The law of conservation of energy would certainly suggest so. Simply stated: energy cannot be created or destroyed, but only changed from one form into another or transferred from one object to another. And if nothing else, we are certainly all full of energy (some more than others to be sure!)

What becomes of that energy, that electricity, when the physical shell stops functioning? Does it cycle into the next embryonic shell in line? And if so, is there an imprint, a memory, which comes with it? Are we born with layers of past lives influencing our deepest likes and dislikes? Was I born to return to the woods in which I have always lived?

And what of souls? Is the frequency, the music, we all produce (that so few hear) the simple reason why we instantly love some and fear others? Is it the chord of harmony that serves as the keel and rudder to our journeys through life over and over?

Stay tuned dear reader; same Bat-time, same Bat-channel. For there is much more of this to discuss.