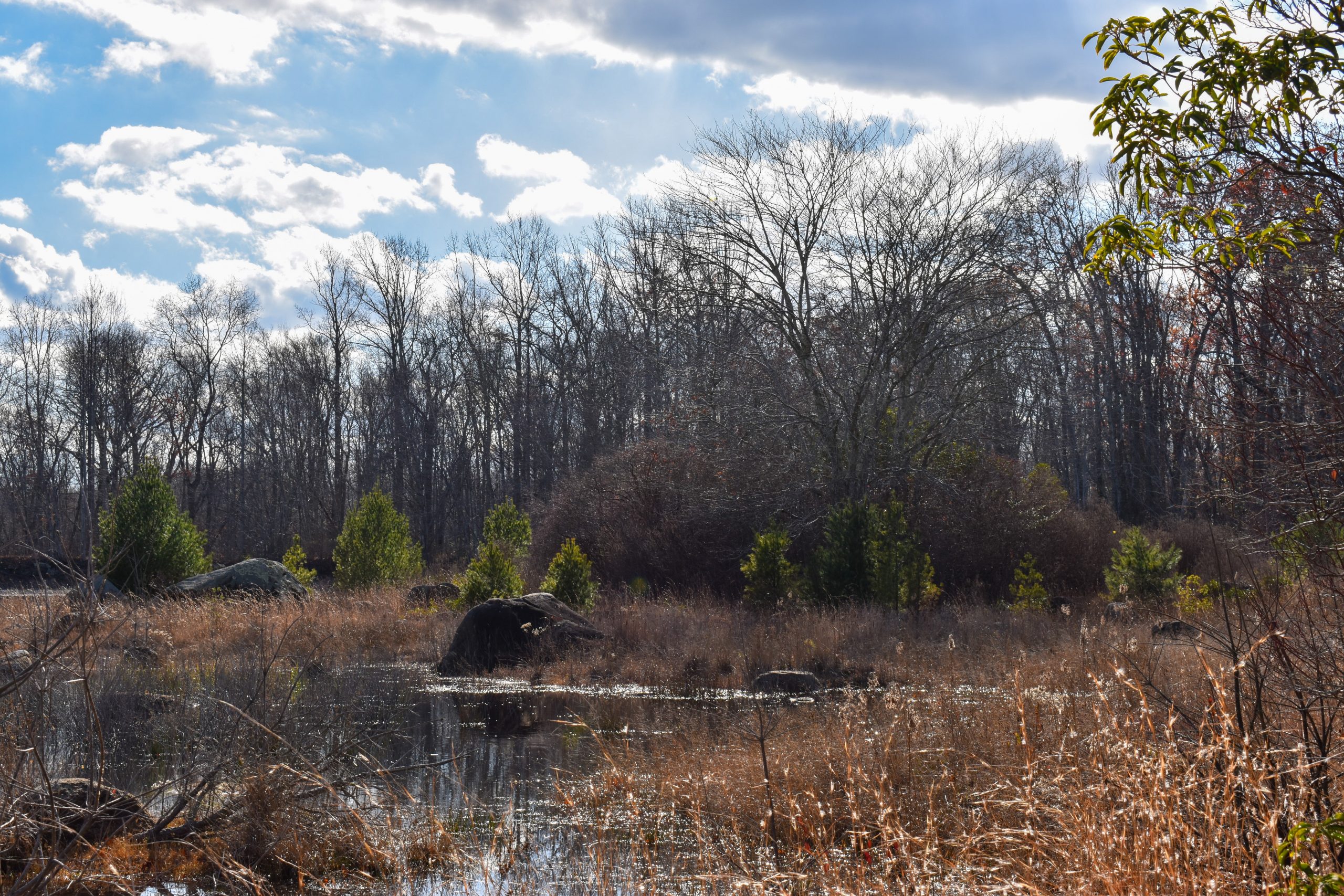 Happy Thanksgiving dear reader! Yes, I am still out here – just quieter. Time remains a fleeting commodity and I just do not find the time to sit, reflect, and write to this blog much anymore. It is not that the interest has waned, only the available moments to do it. Yes, to the critics, I engage in social media, I watch TV, and I hike; why not cut back on time spent there and use it to write? Well, for starters those activities (especially hiking) are all sources of inspiration with which to write. Also, we all need balance – I’ve written of it often. Without balance your life is a tower of cards ready to collapse in the merest whisper of a breeze.

I went the entire month of October without a single hike. It was due to either traveling, getting ready for Halloween, or weather. And only twice in September. But I have gotten out three times so far this month and Sunday just might make four for me. I have written many times on how much I love the summer woods. But honestly, there is truly something special about the autumn woods; Mother Nature drops her robe and reveals so much that had been hidden for all those past lush green months.

Nests, hives, rock formations, and the like all suddenly appear.

But beyond that, the light of November is amazing. The low angle of the sun creates the setting for some dramatic views.

My last hike was to an area new to me. I’ve hiked that part of the state for years, but never this particular trail, and it was so worth the visit! Our Rhode Island woods are always beautiful and the terrain and flora is varied in different regions of the state, this area being known for lots of mountain laurel, rhododendron, sharp ridges of ledge, and huge boulders left behind by the last glaciers. But this area had more.

It is not unusual to find a cellar hole here or there during a hike, but what I found here was amazing.

A number of cellar holes but also the remains of a huge structure, possibly a barn.

Of course, these are hundreds of years old so nothing exists except the stone foundations and stone walls; there is no wood left to help visualize how it might have looked intact.

It is a preserved area (happily) so the ruins will remain safe and intact as they currently exist. But in all my years of hiking I have never encountered a structure as large as this possible barn. My first thought was of a church or meeting hall, and that may still be the reality. But subsequent research has indicated that a barn is the most likely purpose.

There were other stone structures besides the cellar holes and foundations: the ubiquitous stone walls forming property boundaries and creating pens and other purposeful spaces, a wonderful pen formed up against a huge boulder, and some incredibly well-made root cellars.

There were also the stone piles commonly found around old settlements. The general school of thought is that these piles were rocks pulled from the soil by the colonists as they cleared the land. But there is, as I researched this after the hike, a great rift in the archaeological community on these piles.

People have often called the piles cairns; quite common to hear that around here. But cairns are, by definition, stone piles built to mark a burial, or sometimes as a marker as in a trail guide. It is European term, carried over with the early settlers. But it is not how our Native Americans buried or honored their dead. And certainly they (of all people) did not need trail markers! I have personally excavated some number of burials and have read literally hundreds of archaeological journals detailing New England prehistoric burials and not once have I ever seen, read, of heard of a stone pile being associated with a burial. It was just not their custom to do so.

But it is quite the common custom for farmers to remove rocks from the earth as they cleared the land to plant crops, pen animals, or to build. And they never just tossed them aside capriciously, they piled them; this minimized the space needed to hold them. And rocks were one of their most common natural resources for building: foundations, cellar holes, root cellars, walls, pens, mill races, and a myriad of other structures. Show me a carpenter who does not have a storage area with 2×4’s, sheets of plywood, and other sizes and types of material. As they cleared and piled these rocks, they became stores for future use, to draw upon for the next animal pen or wall or building. Think about trying to build a structure made of stone in the winter when the ground is frozen – where are you going to get the stones? Certainly not out of the rock-solid earth (pardon my pun)! You would go to the hundreds of piles you created during the warmer months and use them.

There is also an argument that these piles are sacred structures built by the Native Americans. I concede that there may be a grain of reality in this, but in very rare and specialized cases. They certainly did not go and randomly assemble tens of thousands of stone piles, haphazardly placed throughout the forest. And beyond that, while I can’t speak absolutely I can say that with my personal experience, the piles are never anywhere close to a Native American occupancy but are always next to a historical occupancy. I have seen some pictures of stone piles that appear to be unique from the thousands of others, that could hold a different purpose than merely cleared rocks and future building materials. But without visiting the location and seeing the pile – and the surrounding area – I cannot say for certain.

This whole debate was gentle and philosophical back when I active in local archaeology; in the last ten or fifteen years though, it has become fiercely and bitterly debated as hotly contested as stolen elections. Absolutely bizarre, but not really surprising because the tendency for folks to polarize around one side of the other is fast-becoming a hallmark of today’s society.

I made the fatal error of posting my pictures on Facebook and then making a comment that the piles were not attributable to our prehistoric cultures. I was immediately accosted!! Some people went nearly insane that I dared besmudge the heritage of the Narragansett Indians by denying the stone piles were their sacred burial markers. This despite my explaining my reasoning for believing this. Ahhhh, the joys of social media! In some cases though, the discussion – the debate – was intellectual, respectful, and enlightening for both sides. (Which is the purpose for having a discussion of differing views.)

Ultimately, I stand by my past learning and experience on the stone piles. My aperture of understanding widened as a result though, and I can readily comprehend why some people hold the belief that that are of the prehistoric record and not the historic record. Certainly there are regions in the US where sacred structures were erected by the Native Americans – Ohio River Valley and Mississippi River Valley contain numerous examples.

But all that distracts and diminishes the beauty of the hike; regardless of their origin, hundreds of years ago human hands pulled each rock from the earth and with strong, tired, and dirty hands, placed that rock in the piles that I was privileged enough to see on my hike. And that is just one more thing for which I am thankful this year. I wish you a very Happy Thanksgiving dear reader. Stay well!!