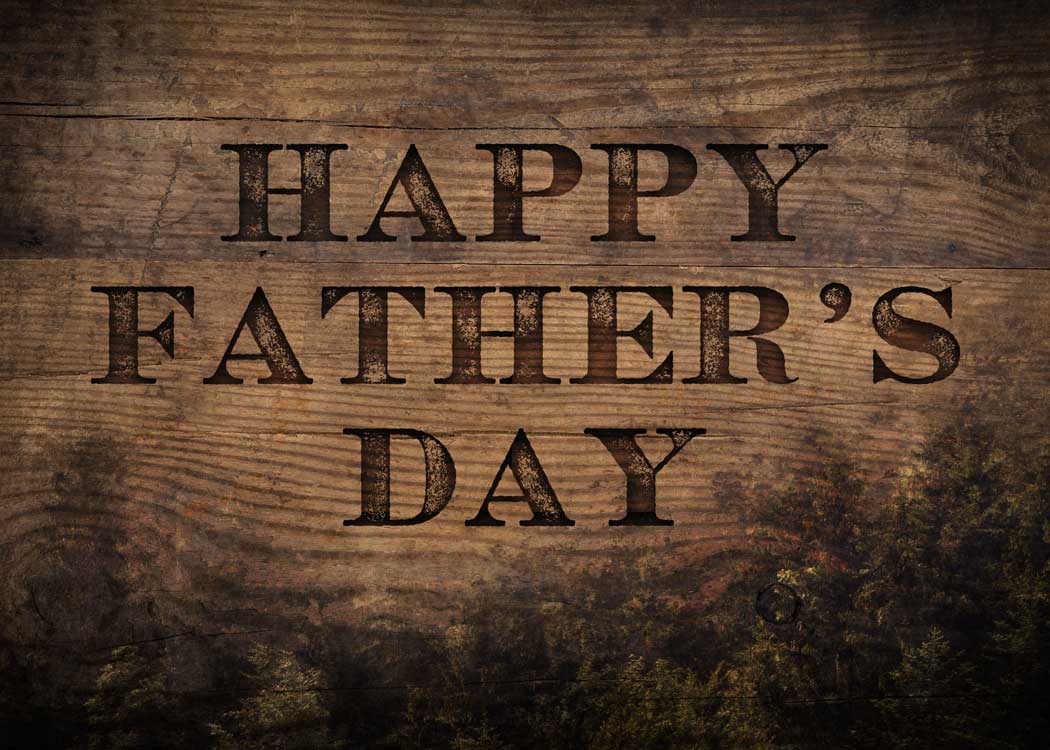 Happy Father’s Day to all the dads out there! I am not sure I can possible convey how much being a father means to me. It is the single-most important thing I’ve ever done; not that I did it well. I was not a terrible father – certainly not mean or anything like that. But money was always tight, so I worked a lot and was not always there for them.

I have tried, and I believe mostly succeeded, to be there more for my grandchildren. And in a way, at the same time, that is being there for my kids as well. I love my family deeply – ferociously – and “doing” for them is the best way I know to demonstrate my love for them, whatever “doing” may be at the time.

I’ve worked hard my whole life; hard beyond the comprehension of many these days. I am not bragging or boasting or exaggerating – it is just a simple fact. Building submarines is a hot, difficult, and extremely physical job; and it was overwhelmingly dangerous back in the 70’s when “safety” was a device on a firearm and had nothing to do with constructing ships. Some examples:

You were given hearing protection – earplugs – with your ID badge when hired. That was your only pair; no replacements available in the tool cribs – lose them and you had no more unless you left work and drove to the employment office and requested another pair.

We used large heating elements to preheat the steel to weld it. They would be placed a foot or so apart on the other side of everywhere there was a metal-to-metal connection needing welding. Welding or burning is an extremely hot process unto itself; multiply that by a factor of ten when doing it deep inside a completely enclosed tight space. And then multiply again by a hundred when all the steel surrounding you is heated to over two-hundred degrees. I used to wear a gold chain around my neck; I was working in a tight corner bent over and the chain was hanging out of my shirt. It got so hot from the air temperature and radiant heat that when I leaned back and it fell against my skin, it gave me a second-degree burn. The soles of our shoes would sometimes melt if they touched the steel so we would have to crawl and kneel on fireproof wood.

I can remember being inside a tight area roughly two-foot by two-foot, down twenty-feet or so from the top opening as a ten-ton part of the submarine was lowered down from above me and I guided it into location. Or being forty-five feet above the ground, working alone on 3rd shift, cutting temp structures out of the sub cylinder with no harness of safety cable, and each piece I cut loose would jump violently due to stresses introduced during the construction process being suddenly released.

I vividly remember one Easter morning at work. It was March and the temps overnight had dipped into the teens. I recall sitting up on the top of the section, which was set up outside, in the frigid wind coming off the bay, watching the sun trying to awaken and rise up. I had already been there a couple of hours and still had a long shift to get through and recall being as cold as maybe ever before and wondering what in the hell I was doing there in the frigid air, in the wee hours of Easter morning and feeling very sad for myself. Even more so because I knew my kids would soon be waking up to find their Easter baskets and then be getting dressed to go to Easter church service and that I would not be there for any of it. But then I remembered that I was making double-time and was doing it so they would have Easter baskets and would have nice clothes to wear to church. And that helped.

I recall carbon arc gouging many times, a process born and bred in the 8th or 9th level of Hell. It is a simple process: a rod of carbon (typically 3/8” or ½” diameter) that was wrapped in a very thin copper sheathing would be inserted into the gouging rig. You would then hook up your DC power, set the machine to 1000-amps, and then hook up an airline that was charged to 100psi. When you placed the carbon rod in contact with the metal to be removed, all hell would break loose. The carbon would immediately turn the metal white hot, liquefying the metal with an explosive electrical arcing sound that is only rivaled by a jet engine. Simultaneously, the 100psi air would then violently eject that molten metal 30’ to 50’ – a volcanic eruption of sorts – a stream of liquid metal and sparks. And all this accompanied by thick and horribly acrid black smoke like you see more out of a diesel engine under load. And in an enclosed space such as inside a submarine, that stream of molten metal would typically only have a couple of feet to travel in any direction before it would hit a surface and would bounce back at you. So the light (electric arc) was white and would blind you without a welding shield, the smoke would envelop you and make it very difficult to breath (and leave you coughing and spitting/blowing your nose back sputum for hours after, the noise would leave you unable to hear anyone talking for hours afterwards, and the heat would nearly melt you. And of course, the shower of molten raining down upon you that was so hot a single piece just bouncing off any skin left exposed would result in an immediate 3rd degree burn. And we would do this for hours on end, day after day. I can recall climbing out of the internal tanks in the boat on a hot summer’s day and feeling chilled by the air because it was so much cooler than the air inside. Time spent in hell to earn money for my family.

I cannot properly list the burns, cuts, bruises, and broken bones from working there; but the scars still help tell the tale. Hearing loss, cataracts in both eyes (UV exposure), and a host of other issues resulting from those early years of working there. I was lucky though; my intelligence, sense of responsibility, and drive enabled me to climb out of the tanks and into positions that were not so physically demanding. But I had friends that not so lucky; some died on the job while others worked their whole lives inside the boat, many of whom dies soon after retiring. We were all there for the same reason – to support and provide for our families. It is what dad’s do.

I was fortunate to have two powerfully strong men as father figures in my life; my dad and my father-in-law. One loved playing sports while the other did not, one was white collar while the other was blue collar, and one was college educated while the other was not. Ironically, both were servicemen in WWII, one was Army and the other was Navy, but both served on airplanes. My father as a Naval aviator flying the F4U Corsair while my father-in-law was crew chief on a C-47. And they each left their fingerprints all over my mind, my heart, and my soul. One taught me how to learn – more importantly, to want to learn, to ride a bike, to drive, to play sports. The other taught me to change my oil, to sweat a pipe, to wire an outlet, to fish. And together they each taught me about honesty, about integrity, about hard work, about dedication, about determination, about responsibility, and about being strong no matter the circumstance – about rising to the occasion. And they taught me about loving and supporting family above all else. I have been a lucky man indeed.

I wish you all a wonderful day, whether a father or not. If your dad is still alive, take the five minutes to reach out and to say hi. It will mean the world to them – trust me. As for me? Well, I was fortunate enough to have a wonderful breakfast with both my children, their wonderful spouses, and all four of my incredible grandchildren. Such a lucky man indeed! Stay well dear reader!!