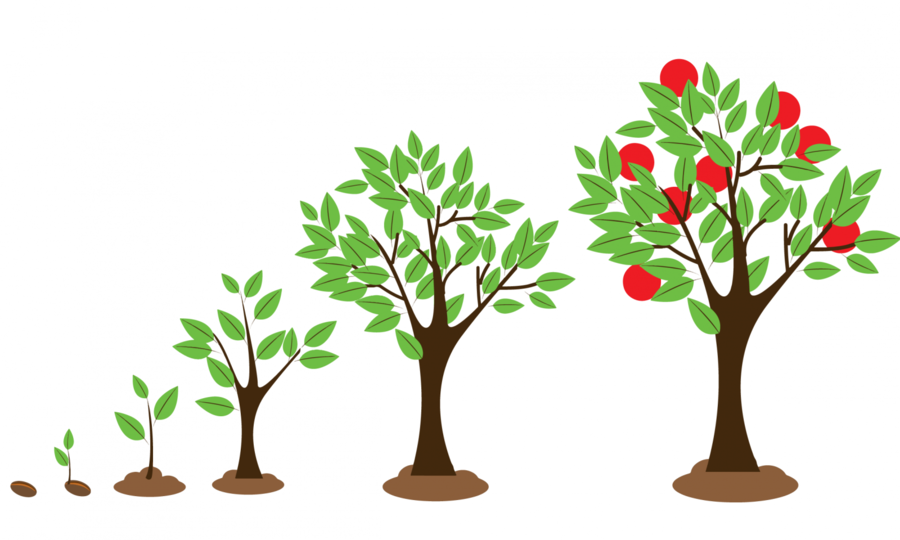 We are all driven by something; there is a seed deep inside us – in our soul, in our heart, or in our spirit – that motivates our ideas, our thoughts, our words, our actions (and reactions), and pretty much a majority of our lives. And we don’t even know it. Oh sure, we know about our goals and desires and dreams, and we consciously and strategically chase them. But, there is a seed sowed far deeper that drives those goals and actions. And that seed is actually a need, one that varies uniquely for each of us and, to the best of my assessment, is unfulfillable and unobtainable – the quintessential unscratchable itch.

I’m not saying this is a bad thing – that need is the fuel to the engine in us which separates us from the animals. It drives the need to do more than exist; to achieve, to accomplish, to grow, and to elevate (whether ourselves or others) so it is truly a good thing; perhaps even the seed planted by God himself as a gift to each of us. And this need, while unique to each of us, has some basic commonality in that it literally pushes us to, surpass our own expectations.

In many cases there is a fear associated with this need. For example, the fear of being judged as less than, of being laughed at, or of being seen as weak, or the fear of being abandoned – left alone. Think about what drives the “go-getter” we’ve all encountered at work (yes, I was absolutely one). Think about what drives a Michael Jordan, Wayne Gretsky, Larry Bird, Nolan Ryan, Tom Brady, and countless others who are called GOAT (Greatest Of All Time). Some would argue that money is the motivation, but those I listed are wealthy beyond any possible need. They need to be the best, to continually prove they are better than anyone else.

Me? I’ve been tested often, especially in high school, and have always been in the top 1%. My SAT scores were high enough to enable me to join Mensa without having to take an entry test. My IQ has always been… well, very high.

So one would expect I am filled to the brim with confidence – right? Hardly! I have always felt less than adequate in any work group or setting. I used to think it was because I worked with highly technical and trained engineers, all whom had multiple degrees while I merely had my HS diploma. But I came to learn it was more than that – I genuinely have always felt that I have little or nothing to offer. And what is strange about all this is that I always want to be “the guy” – the one responsible, the one to make the big decisions.

So I led most of my professional career trying to demonstrate my worth. I began as a burner-grinder; a trade that doesn’t even exist any longer. And when it did, it was considered the lowest trade of all. We were called cement-heads among other things – workers not known for having any intellect. But I didn’t care about that – I just wanted to be the best damned grinder at EB. I wanted to be the grinder that got called in on a Sunday at 3AM to grind something that no else could – to be the best.

And that continued throughout my entire career. And it served me well, I did succeed – I left my mark – I made a difference. I was respected and well thought of. Many people considered me an aggressive, goal oriented, driven person and to at least some extent, that was true. But not because for the reasons that they thought – it was because I wanted to prove my worth – that I did have something to offer, this despite my belief that I had nothing to offer. Makes no sense but there it is.

There has been, predictably if you follow my blog, a break in the action do to speak – another long pause in posts. Even this post is time-interrupted, begun well over a week ago and just not being updated. I had a point in the previous paragraphs but it has been somewhat lost in the time gap. Rather than pursue that thought, I will leave ir as written and will hopefully expand upon it in a future post.

My focus for tonight is much more topical to society today. The background: our main road here is Rt 1 – Post Road – a north-south route that transverses the east coast. In my neck of the woods, it is a two-lane road, heavily traveled, and set at 35MPH. The two-lane travel is consistent throughout most all of Rhode Island, except my town where it was once two-lane but due to increasingly poor driving abilities, they recently reduced to one-lane each way- for approx. a mile and half. Yes – two lanes to one. The nefarious traffic zipper; left lane ends about 100’ after a traffic light. Making for some chaotic and adventurous driving experiences. Those of us who drive it more than once a year know that the left lane ends and you need to merge right; and we all mostly all do so before the traffic light – mostly.

Tonight we were heading home from dinner. Left and right lanes were equally full of vehicles approaching the traffic light. I was aware of a truck behind me coming hard in the left lane, but obstructed by another vehicle in that lane. As we neared the intersection, it cut right, behind me, passing the car in the left lane who was slowing to turn left at the light. The truck then darted left, cutting off the car in the left lane. We then proceeded though the light side-by-side. As the two lanes began to merge to one, the truck remained on my immediate left. I honked, twice, to alert the driver that I was on his right and he needed to merge with caution.

No such luck. Bound and determined to exert his domination despite not having even the most remote right of way, he continued to slip to the right and into my lane – where I was driving with the complete right of way. I honked long and hard but to no avail – he fully encroached my lane, forcing me into the breakdown lane and nearly onto the sidewalk, with hard braking and a sharp turn to the right. He then continued into the lane and I fell back into line behind him.

Let no good deed go unpunished; I decided to follow him for a while – not on his bumper – I allowed a decent car length distance – but clearly following him. And we drove here and there, left and right, as it became obvious to the idiot that his journey was not a solo trip; he had company. We never exceeded the speed limit and we never got closer than a car length, except at stops or the one time he suddenly slammed on his brakes and turned left. We just followed.

My end game? There was none. In the past I’ve followed people to their driveways, only to just keep on driving without even slowing. Other times I followed and stopped and explained that their driving was not safe or appropriate. I really did not have that in my agenda tonight; tonight was merely about letting them know they were driving like an ass and I didn’t appreciate being off the road. As we approached an intersection I decided we were done – if he went right with the flow of traffic we would go left and head home.

But just before the intersection the truck turned left into a town park; I continued considering it a done deal. And then I saw two police cruisers with strobes lit heading towards the intersection on the main road; and I knew they were for me. I watched them turn left at the light and pass me and then immediately pull a U-turn and pull up behind me as I sat at the red light. They turned off their strobes as we all waited for the light; once it went green and we pulled through the intersection their strobes came back on. I pulled into the nearest parking lot, lowered the windows, and laughed – “this will be good” I told my wife.

The officer requested license and registration, which of course I provided, and then asked: “So what’s the story with the Ford?” I said “Ford? Oh….the pick-up truck you mean. Yeah, he ran me off the road back at the Camp Ave light merge so I decided to follow him for a while to let him know I didn’t appreciate his driving.”

The officer shook his head and told me that the other driver had called claiming they were being pursued by an aggressive driver. I reiterated that he had run me off the road and at no time did I ever come closer to his vehicle than a car length. He asked if there had been any vehicle contact and I assured him that there had not, although had I not braked hard and swerved hard into the breakdown lane, there would have been contact. I then told him to look at my hair – gray – and told that I am old-school and when people drive like idiots, I will surely point that fact out to them. No harm ever intended, but don’t be forcing me off the road and expect no consequence. (The officer looked away and smiled for a moment when I said that.)

He went back to his cruiser and as expected, was back in less than 2 minutes, handing me back my license and registration, and admonishing me that I can’t be trying to teach bad drivers a lesson by following them. He pointed out – rightfully – that the other driver could have jumped out at a stop light with a bat or a gun and attacked me. Honestly, these days, that is certainly a possibility. He explained that there is no end to the number of idiots on the road – he sees them every day – but you can’t take the chance by taking the matter into your own hands – “call me” he said.

He was right and I get it. But imagine calling the police to complain that someone was a jerk, failed to yield per the law, and forced their way into my lane and I had to brake and swerve to avoid being hit? They’d be polite and official but once you’re off the phone that complaint goes right to the circular file on the floor next to the desk. Truth – like it or not – they haven’t the time for such petty “near misses”. None the less, while it is perfectly legal to drive behind another car – for miles – doing so because you’re angry with their driving is not. While I never threatened the other vehicle, never rode his bumper or anything like that, the fact remains that I was intentionally following this guy because he almost drove me off the road and that, is not cool. My apologies to the other driver….

The New England weather roller coaster has kicked into high gear: mid-50’s yesterday and tomorrow will be in the mid to upper 80’s! As they say around here, if you don’t like the weather, wait a minute. Maybe I can sneak in a hike on Sunday, eight to ten miles would be great. If I do, I’ll be sure to let you know. Until then, stay well dear reader!