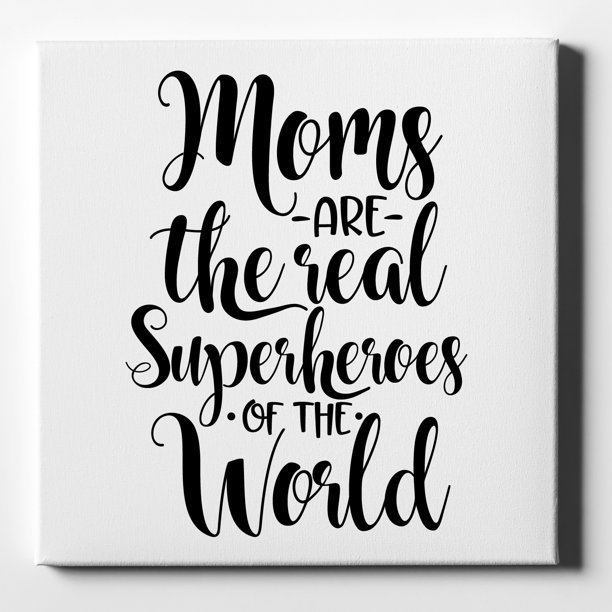 Happy Mother’s Day to all the moms and mothers out there! We men compete hard and endlessly with you women in the battle of the sexes, but there is no real contest – women rule supreme – the only reason the battle wages on is because you grant us the game for sport. As much as the male ego wants to rail against the idea that they are equal (or superior at times) to women, the truth is that men wane in comparison to women. It is a lifelong journey for me to reach this conclusion, but the end result is inescapable.

If you are a long-time reader, you’ll know I was born and immediately placed into an orphanage, and then adopted a few months later. I did not know this until nearly around age twenty or so and it was a shock. I won’t say it changed my life but it sure colored it.

And you may also know that the woman who adopted me then died when I was five. And I did not know this until I was around fourteen when her parents (yes – my grandparents but always presented to me as family friends) told me the truth about her and about them. There has always been a whisper of a memory in the deepest recesses of my mind that there had been another mother in my life. And as I mentioned, I had never suspected there had been a third.

The rest of that early story is that dad remarried and then for reasons only known to him, sold everything, moved from NJ to RI, and basically made us invisible to everyone who used to be in our lives; including my grandparents who anguished for five years not knowing where I was or what had happened to me. Horrific – for all of us.

But his new wife, my new (3rd now) mother, was sweet and kind and generous and selfless and she allowed them back into our life, my life, and they remained a part of our family until their death. Although despite this, neither mom or dad ever admitted, or even let on, that they were the parents of a previous and now dead mother, or were truly my grandparents. The secrets of family….

Once I learned as much as I could about my adoptive mom, and became blessed with some photos and home movies of her and I to satisfy my curiosity, I went on to search for clues about my birth mom, but only after my parents had both died, out of respect for them. But only knowing my birth name of Joseph Powell without knowing either parent’s name made the search impossible.

I did genome testing and posted it on a couple websites to share in hopes of finding connections and I quickly did. But they were all distant: 3rd and 4th cousins, even some 2nd cousins; only in the last year did I find a 1st cousin. Yes, a 1st cousin – a child of a direct sibling of one of my parents – my mom it turned out. The info was from her brother, still alive but very old. His son had posted the genetic information to further his own family tree and had added his father’s info to the database. And there was my match.

Based on his family tree, I now know with near certainty that I was born from a 16-yo girl. I don’t know the father and I don’t know the circumstances, but regardless, she was 16 and pregnant. And she had me. I’ll never know her thoughts on the whole mess as she died on Christmas Day in 2014. Through his son, I asked her brother if he knew or remembered anything about it, but he either didn’t know, had forgotten, or he didn’t want to talk about it.

But the genetics told me enough. She went on to marry and had many children and great grandchildren. When I found her obituary, no one had written a single word about her life, other than that she was a life-long resident of the city; they didn’t even add a photo of her. I found that so sad. And of course, none of the six children or thirteen grandchildren knew of me. I still don’t know who the father was – probably won’t ever know that unless a sibling or child of him shares their DNA. But at least I now know her name; I crave more info on her but am unlikely to get any, I cling to hope that may get to see a photo of her someday.

While likely due to her parents, the decision to “go through it all” and to carry me and deliver me, and then hand me over to the orphanage, is one I will forever honor and cherish. The alternative would have certainly been understandable, but rather tragic for me (and all I have now been fortunate enough to have brought into this world).

I will not close this post out without also talking about my 4th mother – Ma. Yes, she was actually Teri’s mom, but always felt (and treated me) like I was her own son. She took me in when I showed up on her doorstep at eighteen after having left college and hitchhiked there from Indiana. And she never stopped loving and supporting me ever after. And she bragged (mostly in jest) to the fact that she had mothered me longer than any of the others!

So I have been blessed to have not one or two, or even three, but four amazing women who loved and cared for me throughout my time on this earth. I only wish I knew the first two as well as the second two; and that I could somehow express my love and appreciation for all they did for me in our time together.