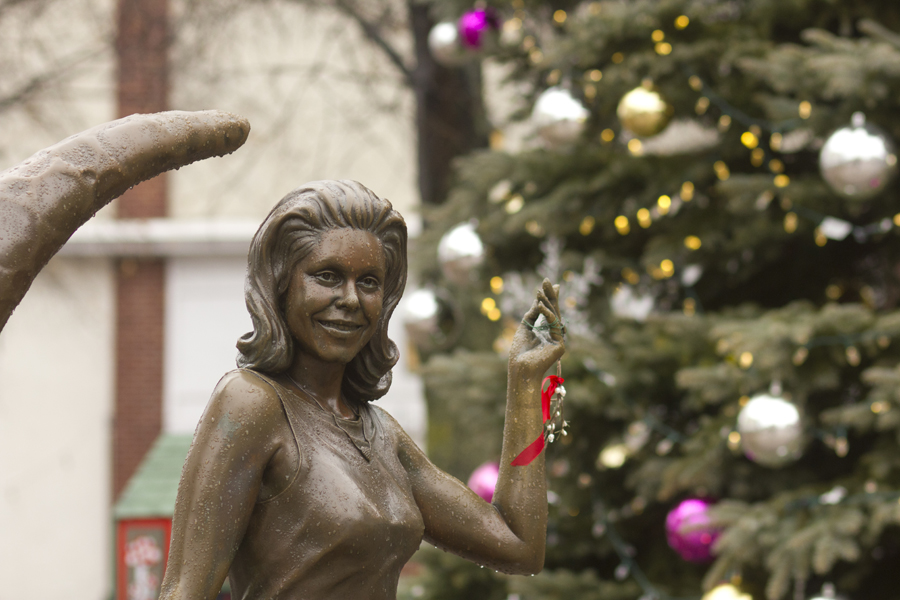 Christmas is now just two weeks away – hard to imagine! It seems like I was preparing for Halloween just yesterday. The sunset has reached its earliest time already and each sunset is now slightly later, which will continue for the next 200-something days. Sunrise will not begin to arrive earlier for another week and a half, but for me it is the setting sun that lengthens my daylight, not the rising sun!

I am, pretty much, prepared for Christmas. The outside lights have been up (and running) for a couple of weeks now, the tree is up (and decorated), and I am about done with shopping – and wrapping. I have a handful of gifts that are ordered but still not here, some of which aren’t due until the week of Christmas. I don’t generally create a mental datapoint on Christmas gift buying and wrapping, but I feel I am easily a week or two ahead of normal, which is nice. I look forward to a more leisurely glide into the holiday this year.

We are planning a short trip to Salem soon – just a couple of nights. Salem is a favorite destination for us, second only to the Cape for me (talking short hop trips here – not like a week in Jamaica!). Salem has great history (both as a sailing city and the infamous witch trials), fabulous architecture (especially the House of Seven Gables), wonderful places to eat and drink, tons of touristy/witch-related shops and attractions, a marvelous old/haunted hotel we stay in, the Essex-Peabody Museum, and lots of witches. Some witches are into the practice about as far down the rabbit hole one could go, with ceremonial garb, altars, potions, spells, etc. Many of them though, are more centered in the Wiccan practice – more nature-centered witches – more rooted in herbs and natural rhythms than demons or devils or the like.

I prefer Salem in the warm weather as it is the perfect city to stroll about, to wander and explore. I tend to avoid it in winter for obvious reasons, but decided to take a chance on it this year anyway. And it appears we may be in luck as temps are forecast to be above 50dF each day. No precipitation and no cold, just some strong breezes. The fallback plan was to spend a day in the Peabody Museum away from the cold; we haven’t gone into it in a number of years, possibly ten years now. Even with the “nice” weather expected, I would like to get at least a few hours back inside the museum.

But beyond the winter, the absolute worst time to visit Salem is October; the closer to Halloween the worse it gets. We made that mistake once, planning a daytrip on a Saturday in mid-October. I hit a dead standstill in traffic – on the highway off-ramp – almost five miles from the town. It took us over four hours to get from the highway to the center of town, and then another hour to find a place to park – a place that ended up being a mile-walk back to the center of town – where we found 2-3 hour waits at every single place that offered food or drink. All the while packed elbow to elbow with thousands of other people. And this was still two weeks from Halloween!! Through the regular visits there over the years we’ve come to learn from the locals that October is basically “park your car and stay inside” month; especially in the downtown portion with all the attractions. No problem this time of year though!

I actually meant to post all of the above long before now…life got busy (Christmas and family) and I never got back to this – my apologies. The trip to Salem has now come and gone. It was wonderful, tainted ever so slightly by the renewed measures to fight the virus: masking and social avoidance. (I prefer avoidance to distancing because it makes more sense.) We ended up wearing masks in most of the gift shops, a measure that only makes marginal sense in that you’re in the store with a couple of other people for ten or fifteen minutes and “need” a mask, but feel free to sit in a crowded restaurant for an hour without a mask. Hhmmmm…. But every attempt to filter out germs is truly worthwhile so mask-up we did!

Despite all the latest concerns over increasing numbers, we had a great time. I think except for one meal, we were pretty much alone in the places we ate. Crowds were down given that it was a couple of weeks before Christmas and also by the fact that we went Sun-Tue which are really never too busy anyway. We ate well, drank a lot, did some antique shopping, and bought some candy.

Speaking of, a fun side note. We stopped in an old candy shop – actually a shoppe – Ye Olde Pepper Candy Companie, America’s oldest candy company. We were met outside at the door by a group of folks who stopped us from entering; turned out that the Food Network or Cooking network was filming inside for an upcoming show. We waited a few minutes for the interview to end and were permitted in. It is a small shop and it was packed with people associated with the show along with all their cameras, lights, and cables running everywhere. I am 99% certain that I saw Casey Webb (Man vs Food) behind the counter filming all the chocolate confections with his cell phone.

And now we’re home again and Christmas is just six days away. All my shopping is done (I hope) and I’ve been keeping up with the wrapping so everything is wrapped. I only have a few gifts not yet here, but all are in transit and expected by Wednesday. I have to say (with great joy) that all the hype back in October about how horrible Christmas will be due to widespread shortages and massive shipping delays (recall all the scare photos of container ships stacked up in various ports) was complete hyperbole. I found almost nothing out of stock that I browsed for while shopping, frankly less than usual. And shipping has been not only extremely fast and reliable, but many things have arrived earlier than indicated at checkout.

I will wrap this here, instead of rambling on longer, mainly so I can get it up and posted. I will surely have one more post this week, probably Christmas Eve or morning, if only to wish you all a Merry Christmas. I hope your holiday so far has been wonderful; if not I pray it turns better for you. Politics, inflations, pandemic, climate concerns aside – embrace the moment of this wonderful season. Grasp the spirit of the holiday and bask in its warmth. Stay well dear reader!