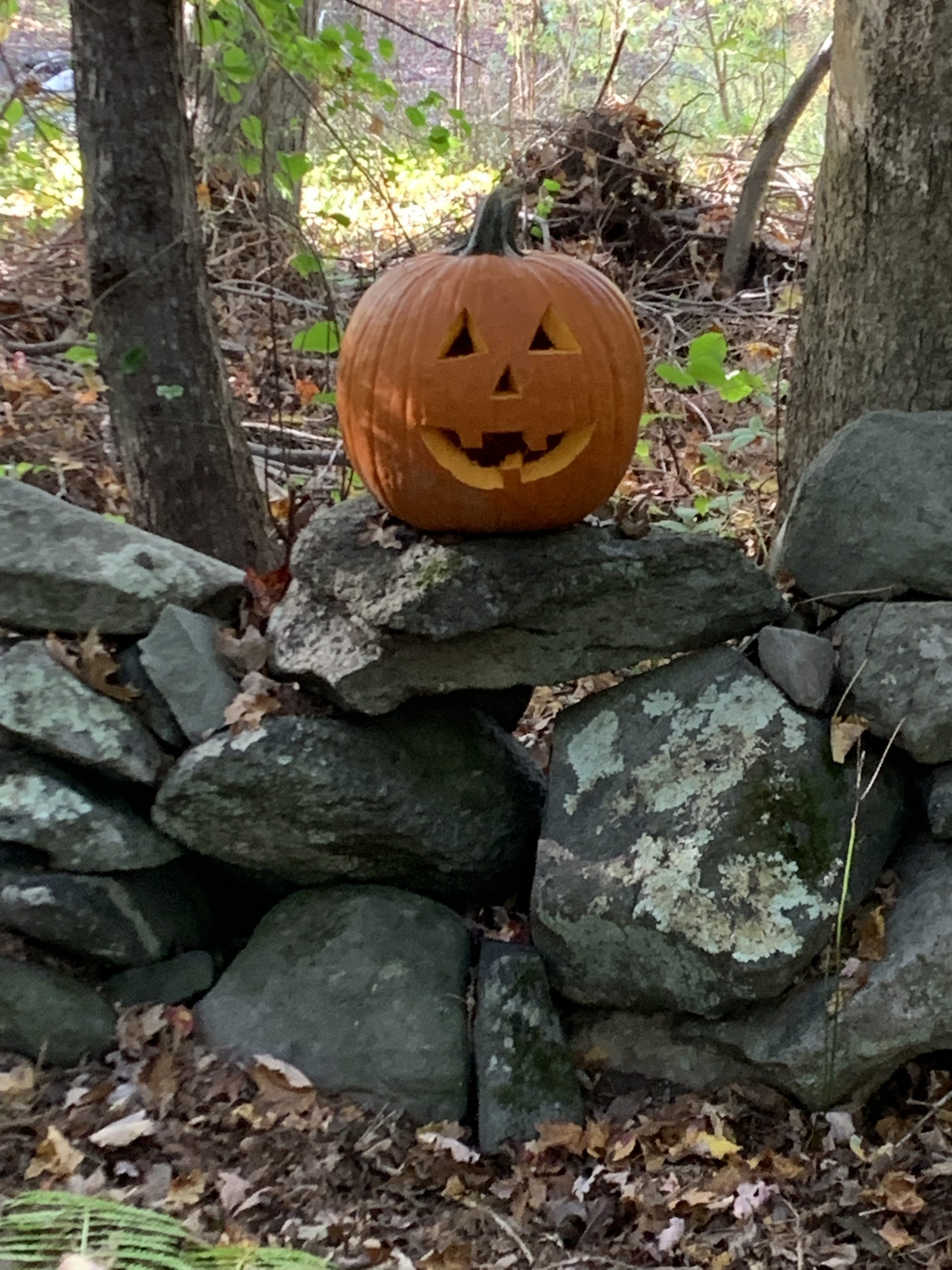 Halloween has come and gone – hard to believe it’s over already. It was a truly great month leading up to last night’s grand finale. Halloween night was wonderful (albeit somewhat quiet): the weather was absolutely perfect and after all everyone has been through (year two of this insufferable pandemic, political and social divisions and unrest) I think the whole state was ready to cut loose and just enjoy a good ole’ fashioned Halloween fun night.

We stopped off at my daughter’s house to see our grandson for his first Halloween and he was predictably adorable. She dressed as Little Red Riding Hood and he was the Big Bad Wolf – in reverse if you catch my drift! Then we headed to my son’s house where we joined them for our annual Halloween trick or treat walk with the grandkids. Sadly, this year, the eldest grandson now the ripe old age of 12, decided he didn’t want to go collect candy and opted to stay home and hand out candy to trick or treaters. His mom stayed with him while we and my son took the other two from house to house.

I can’t speak highly enough about the people in their neighborhood: they are warm, kind, polite, gracious, and welcoming. And I am not talking about four or five houses or one street; I am talking about dozens upon dozens of houses on street after street. Wildly decorated with many of the folks actually sitting outside to hand out the treats – in many cases the homeowners in costume, with music playing, even movies playing in some cases, and in one case – the Patriots game on TV outside for the parents to catch up on the game! The smiles were plentiful on both sides of every transaction, but the candy was even more plentiful. There were parents and kids literally everywhere – every street you looked down was filled with chatter, laughter, hoots, and hollers. It was like going back to the late ‘50’s and ‘60’s again. I think my grandson and granddaughter each came home with close to five pounds of candy!! Pure magic.

But truth be told, while Halloween night was awesome, the highlight for me was our annual party which we held the weekend before. We had something like 16 or 17 kids between age 13 and 3-months (my newest grandson came) and 20-25 adults. Easily the biggest party we’ve ever thrown – at all – never mind Halloween. Especially compared to last year’s where it was like 8 or 9 people total including my three grandkids (thank COVID for that).

I added more props this year, rearranged a lot of my layout using more of the back woods, and repaired a couple of props that wouldn’t work last year. But my greatest change was adding lights; I bought and LOT more lights and strung them throughout the woods along the various paths. I bought a ton of food and people brought another ton with them, but all that food did not compare to the candy I bought! I filled the piñata to the point it was difficult to hoist up. And that was nothing compared to the candy I hid (more like scattered) throughout the entire yard. I also got them all flashlights and lighted swords to help them feel more comfortable in the woods and make it not quite so dark. You want them to be scared, but only a little; and certainly not terrified! And of course, pumpkins – lots of pumpkins! I think maybe 25 total with sizes ranging from jumbo to medium to small. All the bigger kids carved pumpkins but of course the little ones needed help – I think I must have carved over a dozen myself!!

And it all worked! Everyone had great time; the kids ran through the woods over and over again throughout the entire night while the adults sat around the new firepit and ate, drank, and laughed. I logged nearly 30,000 steps that day – between getting everything ready, setting up, putting out the food and drink, getting all the lights lit, hiding bones (for the scavenger hunt), scattering candy, etc. I don’t think I sat once the whole day or night; I even ate on the move. And I loved every second of it!

All that planning, thinking, preparation, and set up and now it’s all over. In fact, most all of my decorations were taken down before Halloween, not by choice though. A “bomb cyclone” or whatever it is they have now decided to call nor’easters, blew through mid-week with high winds and lots of rain. I took down and brought in 95% of my decorations starting first with the electronic ones followed by the “likely to take flight in the wind” ones. We ended up with 60-70MPH winds here, but areas not far away saw high 80MPH winds. We lost power for most of the day but happily, no other damage. Then another storm blew through Friday night and Saturday, but this one was mostly rain. By Halloween night I only had a 6’ plastic skeleton, two 3’ skeletons, and a single flying ghost left up. Rather anticlimactic to say the least! None the less, this turned out to be a memorable Halloween.

Now we face Thanksgiving, rapidly followed by Christmas. I have been on this earth long enough to well know how fast Christmas will be upon us (and I don’t need to go into Home Depot or Walmart be reminded with their seasonal displays already out in full force). I am excited for Christmas this year, actually I am always excited for it, but more so as it is the first Christmas for my daughter with her new son, and that first Christmas is always special. I also look forward to it with my other three grandkids as they always make the holiday so special! Till next time – stay well dear reader!