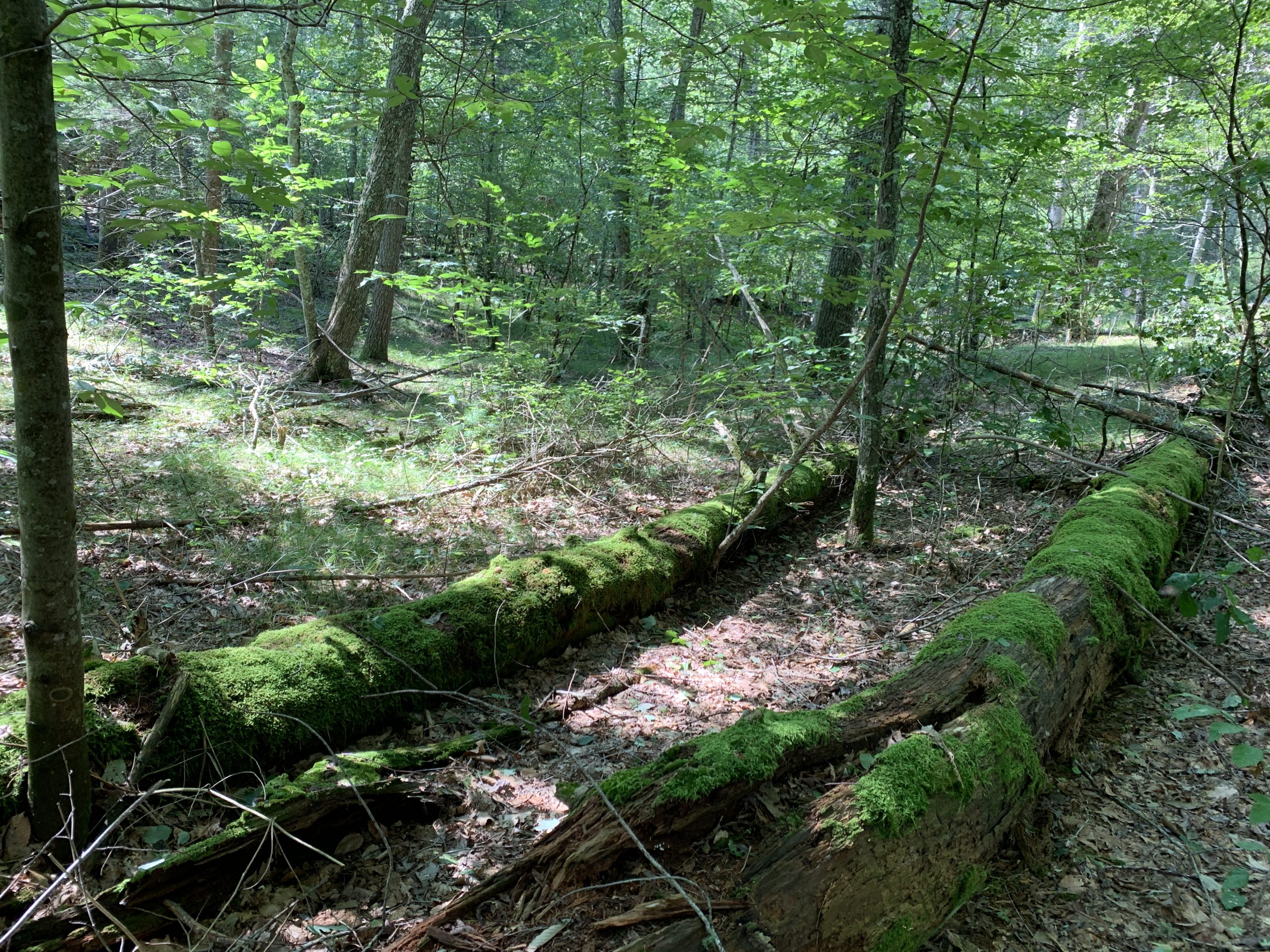 After a pause in writing, I am back. In the interim we went through a hurricane scare: Henri was forecast to plow right up the bay through the middle of our little state. It ended up wobbling first west, then east, then slightly west again and actually made landfall on the western side of the state, but with a westerly track. That placed us on the east side of the storm, which is the windier side, but by that point the storm was weakened to a tropical storm and arrived with less than impressive winds. And the west side gets the rain so CT got deluged with rain and we did not get much at all.

There was widespread damage to be sure, but mostly limbs and branches, with an occasional tree here or there. Frankly, we’ve had at least five or six spring nor’easters with higher winds then Henri brought us. We did lose power for about 28 hours; I used the inverter in my truck to power the refrigerator. It wasn’t perfect but was enough to avoid a total loss of food. As to my yard, a ton of small branches and a couple of limbs – that was it. We dodged a bullet for sure!

Then after the storm came the heat and humidity – 90% and 90-degree – coupled with air quality alerts; a “last blast” of true dog days of summer. We certainly have the likelihood of seeing more 90-degree weather into September but the sun’s angle and increasingly shorter days and cooler nights make a heat wave in September somewhat more tolerable. We just need to wait and see…

Our time here has been heavily consumed with our family; having our grandkids over and helping my daughter with taking care of her newborn (actually now a little over a month old). And on top of that the usual errands, groceries, yard maintenance – not a lot of time for much else. Which is the biggest problem with hiking: it is a massive consumer of time – it takes hours for a worthwhile hike. Yes dear reader, I agree that an hour hike is better than no hike. But just marginally! I need at least four hours in a hike to feel I’ve accomplished something; an hour is more like a tease! And most every day where there might have been an opportunity – a hole in the day so to speak – the window was too small. A half hour drive, the hike, a half hour back, even a two-hour hike becomes three with the drive. And if you run into any issues such as getting turned and momentarily “geographically misplaced”, you end up frantically rushing to avoid being late with where you need to be next. So in short, I haven’t been out hiking in quite a while.

Until a couple of days ago.

My wife was busy all day with her sisters and my daughter, which opened up almost the whole day. And much like a starving man who hasn’t eaten in days and is suddenly seated at a sprawling buffet table overflowing with spectacular dishes and treats, I overindulged.

I wanted at least 10-miles and I ended up at 15-miles. Now fifteen is well within my range, I’ve done it often. But let me reiterate that 90/90 heat and humidity I mentioned we were in the midst of at that time – it was HOT! I like to stretch myself, to challenge myself, and this hike did all that and more! I struggled, mightily at times (mostly the climbs).

If you are a regular reader, you may recall that I don’t carry much of anything with me on my hikes, but I never carry water (unless my wife is hiking with me – I usually end up carrying her water). And this hike was no exception, I brought a bottle and left it in the truck. And on this particular hike, one of the hottest I recall in years, I regretted leaving it behind. I physically slumped a couple of times from the heat: cramps, some weakness in picking up my feet resulting in trips, a little dizzy, and while not truly confused, perhaps a bit foggy at times. However, I have been through tougher hikes (once did over twenty miles 15-years ago or so) and I sat and rested for a couple of minutes when I needed to. And I know where to find water when I need it; there are lots of water sources – springs – on just about every trail and last week’s hike was no different. You are limited to what you can scoop and sip out of your hand of course, but I hit at least four cold water sources along the way to help stave off the thirst and dehydration, not to mention cooling off and rinsing off the gallons of sweat!

I had expected a difficult journey as a result of Henri. As I alluded to earlier in this post, the storm entered western RI which placed all the heaviest winds along the areas I hike the most so I was counting on many delays due to downed trees. I was wrong. While there was definitely damage, it was far less than I thought it would be; much like my own yard there were a lot of branches and limbs down, the trail was fully blocked in only a few places. In fact so little, that I don’t think I took a single photo of downed trees.

But I did take many photos of the scenery – the ferns, the trees, the fields, and especially the streams. I always try to make my hikes as loops; finish where you start and try to never backtrack. But some trails leave no choice, they are out and back – want to get back where you began you have no choice but to retrace your steps. I bundled four different trails in this hike and two of them were out and back with no choice but to backtrack.

Not that this is a terrible thing; the woods are incredibly beautiful and there is always something new and different to see, even if you just walked through the area an hour earlier.

The first and third trails were out and back hikes. The third comes at around the middle point of the hike, although step-for-step and mile-for-mile the turnaround point of it may not truly be the midpoint. I wrestled with adding this ~3-mile trail to my hike – I knew I’d be over ten or eleven without it. But it is an easy hike, mostly flat with little elevation with which to contend. It is, however, very rocky, rooty, muddy, and slippery in many places so focused attention to your footing is required. The decision to proceed was premised on the bitter end of the trail: Stepstone Falls. The trail follows Wood River almost the entire way with only isolated portions leaving river’s edge. In addition to the river and intermittent rapids, and the lush greenery, there are three (I think) separate 18th Century mill ruins along the river and it is always a captivatingly scenic hike.

The exclamation point of this hike is the aforementioned bitter end: at the endpoint the river begins a series of elevation changes over the course of a quarter-mile or so, all occurring over bedrock ledges.

The result is a run of spinning and swirling water twisting and tumbling its way downward. None of the drops are more than four or five feet, so “falls” may be a bit misleading, but what it lacks in height it makes up for in duration as it runs over the quarter-mile stretch. Kids often swim there and some ride the rush of water down some of the smoother rock areas. It is always worth hiking this trail, if only to see the falls and enjoy the roar of the water. I dipped my feet to cool them a bit (a mistake and I knew better – the wet socks led to a considerable blister on one of my feet).

I think the hike took me slightly over six-hours to complete. My splits (time for each mile) demonstrate the cumulative effects of the heat and humidity, starting in the low twenties over the first six miles. My goal is always to hit 20-minute miles, which equates to 3-MPH. Nothing magic about that number, just a challenge target for me to challenge myself.

I never actually hit it on this hike, but hit twenty-one minutes once and twenty-two/twenty-three minutes at least five times. However I also had two splits above thirty minutes reflecting the toll of the hike, the heat, and the humidity. The total elevation change in this hike was just under 1200-feet – not bad for a state where the highest elevation is a mere 812-feet – lots of up’s and down’s in this one!

Ultimately a little much, as I mentioned earlier – perhaps I should not have wrapped in Stepstone Falls – I’d have been a lot better off physically. Not that the trail was taxing, but that it made the rest of the hike back, which was taxing in places, all the harder. But the beauty of the trail won out then and wins out again now that the sweat and dirt of the trail is washed off of me and all that remains is the memory of the falls – worth the pain.

The forest is tiring, slightly, of the long days of hot sun. Happily, unlike last year here, this year has been wet with July being the third wettest recorded. That rain has held the forest greener, fresher, and crisper than the last couple of years this deep into summer. There are signs of the slow transition to fall, but far less than usual which made my late summer walk feel much more midsummer (the heat and humidity helped reinforce that feeling!) But with the daylight getting shorter each day and the cooler temperatures of night, it is only a matter of time until the seasonal change becomes readily apparent. Enjoy the change dear reader. Stay well!