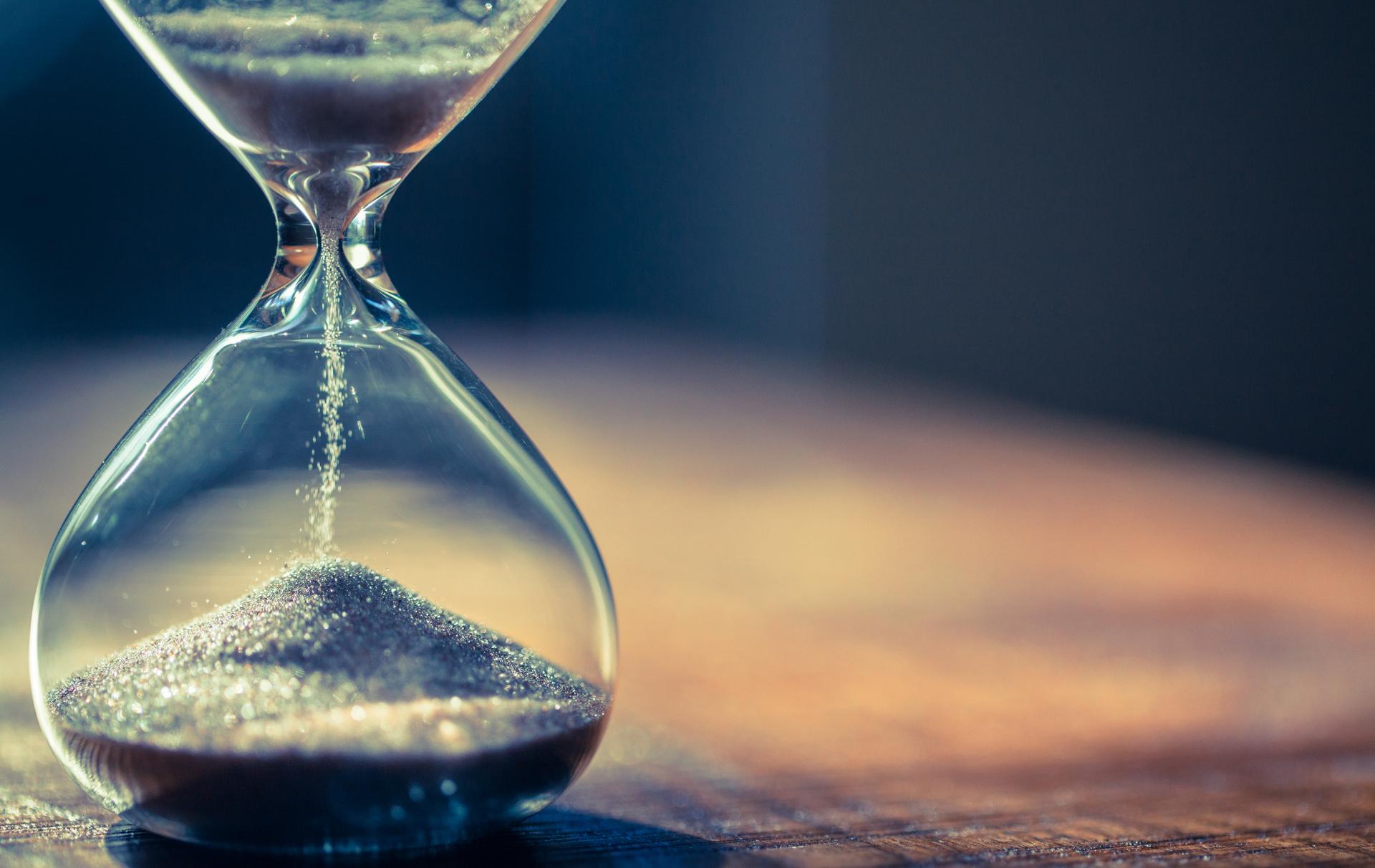 What is self-confidence? Knowing and trusting your abilities in a given area, your level of wisdom or intelligence, your training and preparedness to handle a specific situation. It is knowing who you are and what you are capable of doing. It is also knowing your limits; self-belief beyond one’s skills or ability is egotistical and foolish. With all this comes a need to know yourself; you can’t have faith in skills if you haven’t taken the time to assess and rate those skills; or even determine if you have them. It’s a little like saying well I did just fine in the bath tub so I am sure I can swim across this mile-long lake.

And then I go back to the biblical analogy of the wedding: “But when you are invited, go and sit down in the lowest place, so that when he who invited you comes he may say to you, ‘Friend, go up higher.’ Then you will have glory in the presence of those who sit at the table with you.”

There is the valuable lesson of humility in this quote. Regardless of how you consider yourself, your skills, your “value”, one never knows where that truly ranks out with others in any given situation. So rather than assuming you’re the important guest and belong right up front, assume there are others there more worthy and sit in the back. And if you are truly as important as you think, you’ll be asked to move up to the front. Doing so is not a lack of self-confidence, it is rationale behavior. And immediately moving to the front is not self-confidence, it is pompous and a bit conceited.

I am seeing more and more cases of the latter behavior in today’s society. People seem to have taken self-confidence and morphed it into self-worth, importance, and value. Examples include: I need to take this exit and even though I am still in the high-speed lane and need to force my way across four lanes of traffic I am coming anyway so get out of my way; I know the light is red but it really just only turned red and I am already almost to the intersection and I really need to get my Starbucks so I am coming through; I know the sign on the fence at the park says “Stay Out – Absolutely No Entry” but my followers need to see a picture of me inside so I am climbing in anyway; I know the museum sign says “DO NOT TOUCH” but I really deserve to see what it feels like so I am going to touch it anyway. And so on.

We are deluged daily with people who simply could not care less about the rules, proper social graces, self-restraint, or even anyone else’s feelings or beliefs. It has become a flood of poor social behavior to the point where we are now numb to it and accept it as our “new normal”. Things we used to get outraged over are now trivial. Look at the current trend of behavior on airplanes; assaults – verbal and physical – on flight attendants is now commonplace; there is a new story of a passenger being restrained during a flight weekly now – unheard of just five years ago.

The burning question is what is driving these behaviors. While not the tip of the spear, the pandemic is surely a big part of it. Most people loathe change; many people anyway. And everyone hates something that threatens and changes their fundamental existence, exactly what the pandemic has done. It changed everything for everyone. The fear of illness or even death rocked us all to the core at the outset. Personally it didn’t take long for me to grasp the fact that it was not the new “black death”.

Virulent and contagious indeed, but only serious for a small percentage of people (and that remains true now over a year and a half later). But at first it was over-whelming to us all (and still is to some). But during those first few months it changed everything: no going out, no bars, restaurants, movies, etc. It instantly turned all our worlds upside down. And that shakes people to the core; the loss of privilege, freedom, and choice is devastating. It challenges and makes people question everything they have ever taken as solid, true, and fundamentally a given in their lives. And that… makes people anxious, stressed, and angry. The part I am totally unsure of is the duration of these lingering effects on people overall but there is little doubt that it remains impactful today.

The rest of it? I am not sure anyone knows. We have undoubtedly become a self-centered society; these days it is all about “my individual” rights or needs or desires. And from what I have observed, rules only apply to others. Yet when others do not follow the same rules, these same folks become outraged.  Curious.

Another part of this is the morphing of what we as a society hold important and meaningful. Consider the written word; a very popular dream for many folks over most all of my life had always been to write the next great American novel. Even up to ten years ago, it was a common and popular dream for many people. Today though, the written word is rapidly falling by the wayside, yielding to YouTube, TikTok, Twitter, and other instant film, instant share, instant view, and instant like (or dislike).

A recent study found that the average human attention span has decreased by 25% form the last time they tested it, now down to 8-seconds. Yes, you read that right…eight seconds is the typical attention span in our society. There is a reason that TikTok videos were initially limited to 15-seconds as that was all people would stay tuned to. I believe it is now 60-seconds but that that has to be achieved by using four 15-second clips.

Instruction manuals, how-to’s, and DIY style publications are falling like autumn leaves in November. People do still read, but mainly fiction or biography; for the how-to type searches people now turn to the internet videos such as YouTube and the like. When I was still working we were struggling with the efficacy of our training for all the new hires we were bringing into our facility. We found that videos really struck a chord with the new people, especially the younger ones. We quickly realized that videos would need to play a significant role in our future training plans.

Another observation, again from work: for the majority of my years there, our policies and procedures (literally thousands of them) were all hard copy – they had to be as computers were mostly limited to universities and researchers – we had no PC’s or tablets back then. Every office had shelves loaded with volumes of binders holding controlled copies of the procedures necessary for their assigned tasks. As computers and their use increased, procedures began to be introduced online in our intranet. But when you viewed or printed them, they came with a reminder to be sure to review a controlled hard copy to ensure you had the most current revision.

Eventually they completely did away with the controlled hard copies and went with 100% electronic online procedures. I get the concept. But to me, a huge piece of our procedural compliance and integrity was lost when we did this. You have to read a procedure sequentially, as written. You have to read the introduction, the general policy, the definitions, and the discussion of intent before you go to Step 1. And you have to read Step 1 before Step 2, and so on. You can’t just skip to where you want such as page 27 without reading the previous 26 pages.

Of course, electronic documentation was what most of the young and new folks were most familiar – it was all they had experienced in their lives, aside from possibly text books. But they had no experience in the regimented methods required for reading our procedures – methods that became second-nature when you were forced to read it as a printed hard copy. And electronic procedures came with the ability to search, which allowed and encouraged people to jump to the exact part in which they were interested, skipping and missing all of the general purpose and intent as well as any specific instructions contained in the preceding parts.

I attended countless critiques where the root cause for the lack of procedural compliance was from offending individual not reading the entire procedure. I would ask them why they thought their actions were procedurally justified and endorsed and the would pull out a single page of the procedure that they had printed and point to Step 12.C.4.e. Unfortunately for them, they did not read Step 11.B.3. which stated that if one thing applied, go to Step 12; otherwise skip all of Step 12 and to go to the instructions in Step 13. This occurred far too often and to me, the use of electronic procedures was at the root of the cause.

Another issue with electronic procedures is that you can’t see an entire page – two pages actually – as you can with a printed hard copy; you are limited to a couple of paragraphs at best. And for me, I find the ability to glance back a couple of paragraphs, even to the previous page, advantageous in fully comprehending what I am reading. Yes – you can also do that by scrolling the screen, but I never found that as useful or intuitive Perhaps it was just that I was older.

My point? Our society is increasingly speed-based with an ever-decreasing attention span, and most of what we do is impacted by this and those things evolve and adapt to suit. The “instant pudding” phenomena I have written of in the past. Faster, quicker, more succinct, simpler to digest are all earmarks of a society with little or no patience. We don’t learn as we used to not because the method is ineffective; rather, because we don’t have the tolerance or patience to endure it. And if we don’t have the patience to learn as humans have always learned, when hope should we hold that people will be patient in other aspects of their lives?

In this increasingly fast-paced world, driven by technology, reading a book is being left as an artifact; as is writing one. And such with everything else. Why do traffic lights turn red simultaneously in both directions for three or four seconds now? Lack of patience by the people driving. Not too long ago, when one light turned red in an intersection, the opposite traffic light turned green. One side red, one side green – simple. Some number of people always ran the yellow, but not the red. But people began to run out of patience and yellow became the new green. So they began running the red the way they used to run the yellow. And traffic engineers had to institute a delay on the opposing light turning green to allow the red-runners to get through.

I am not here to decry technology, the electronic written word, cell phones, or TikTok. But I can tell you most assuredly that they have each contributed to a monumental change in our society. Change is inevitable but is not always truly an advancement; sometimes we take a step back when technology moved forward. I understand the need for quicker and faster – for instant pudding. But don’t lose that recipe for the slow cooked homemade pudding – when someone gets a spoonful of each and tastes the difference they may well come asking for that recipe once again! Turn off those electronic devices and take a walk in the woods, rediscover patience and peace. And remember how that homemade pudding tasted. Stay well dear reader!!