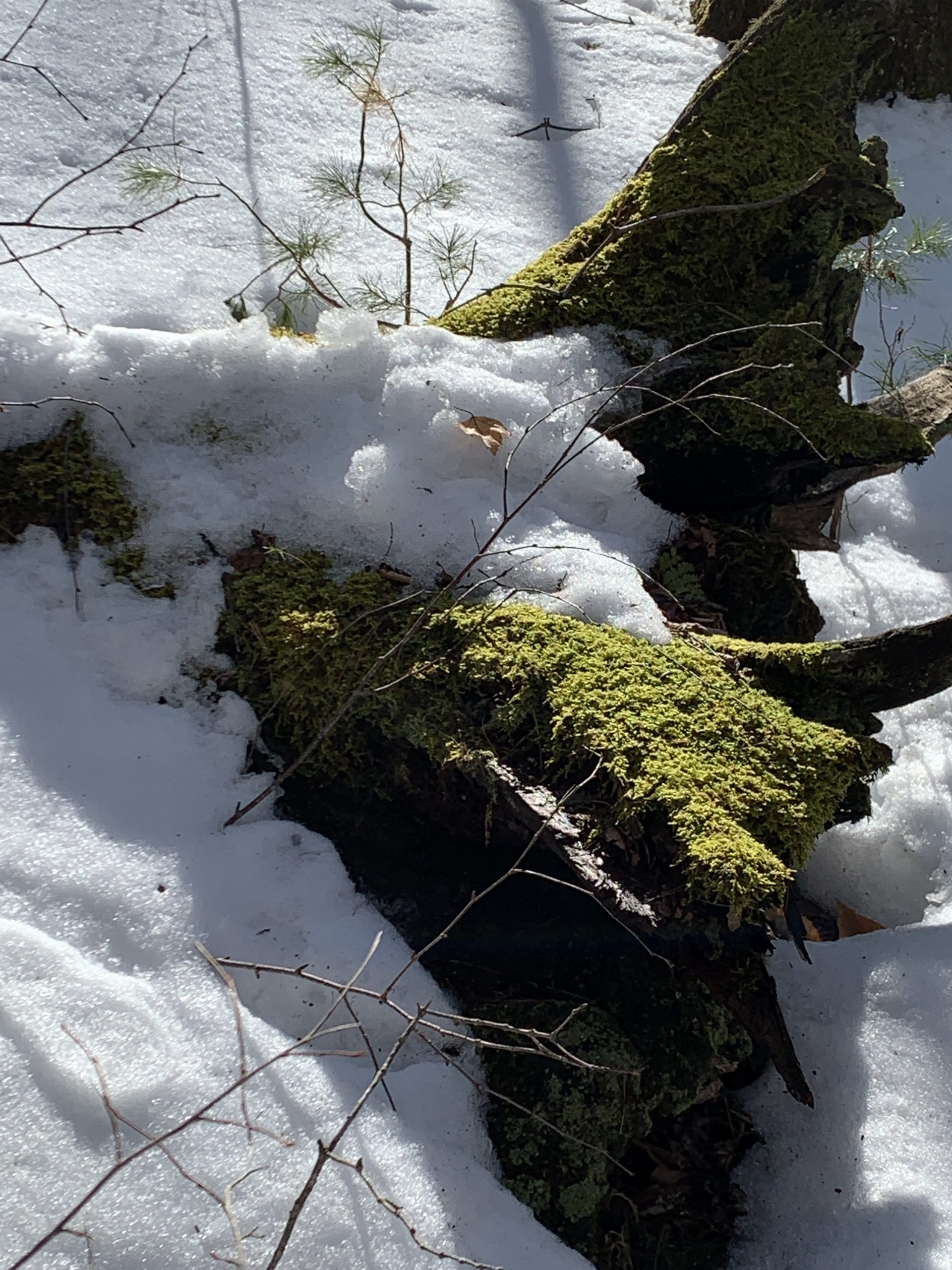 Today is Sunday, the last day of February. The “march” to spring begins tomorrow, although we’ve had several days in the high 40’s and even touches of the 50’s. Tomorrow is forecast to again get up to 50, but Tuesday will barely get above freezing for the entire day. Such is New England!

In case anyone was keeping track – yes – I was scheduled to receive my first dose of vaccine on Friday. And I did!! It was as easy as you could ever imagine. Despite having to drive to Providence during Friday afternoon rush hour, it was such a pleasant and easy experience. I simply cannot say enough about how well organized and well run the entre operation is, from being clearly directed by National Guardsmen before you even get to the parking garage, to crossing guards to get you across the street once you park, signs cones, fences and bright stickers on the floor to guide your every step at every station… it was so well done.

The shot itself was like any other injection, unremarkable. I think, from parking the truck to starting it back up to head home was a total of 30-35 minutes, and that includes a mandatory fifteen-minute observation period before you can leave (to make sure there are no reactions to the vaccine). The only thing that reminded me that I had received the shot was some localized soreness at the injection site that lasted around 24-36 hours but it was not too bad; certainly nothing that limited my activity or kept me from doing anything. The second dose injection is targeted for 21 days after the first, and that appointment is set right there when you get the first dose.

I was not nervous about it at all, but was decidedly excited. This was a big deal, like the first manacles of confinement being cut loose; still more to go but this was so exciting after a year of this soul-trying pandemic. Normalcy is still months away, but after we both have had the second dose I think we may even go out to eat!

Tomorrow I go give some more blood to take a second look at my PSA and I am nervous about that. I discussed it in depth in my last post and I don’t want to beat a dead horse here. I am already tired of talking about medical issues but sadly they remain in the forefront of my thoughts of late; bear with me as I mention them and move on….

I did get out for a hike last week, a nice 8-mile hike. I expected some snow, but there was much more than I thought. In some areas, it was all snow and was still at least four inches deep. Walking through snow requires a lot more energy than does walking of dry ground. But the snow wasn’t the only issue, in fact it was the least! In many areas, especially on slopes, all the people hiking had compressed the snow. It then would melt during the day and freeze at night resulting in lot of really slick and slippery areas along the way, requiring slow and careful steps. I never fell, but I did have one massive slip and catch moment early on.

The final issue was the snow/slush/water/mud areas, especially on one mile-long downhill on the south side of the elevation. It was difficult, actually impossible, to walk this stretch without punching through to a wet sloppy mix. No really big deal, not really slippery so you could hold a decent pace, but it sure got the feet wet. None the less, it was a really great hike and was wonderful to get back out into the deep woods. I will freely admit, with a modicum of shame, that I was feeling it by the time I was done. I had considered adding three miles to the hike by picking up an intersecting trail, but by the time I got there, I recognized that doing so would probably be overdoing it on my first hike of the year.

I need to get out again this coming week, at least once but preferably twice if I can manage it. It is time to take control of my physical self once again and the most pleasant means of doing that is hiking. I think I will stay in the 7–8-mile range again, but want to get back up into double-digits. I think my best last year was 14.6 miles and my lifetime best was over 20 miles in one hike (although that hike really kicked my ass!) This year I hope to get in decent enough shape to do at least one hike per week in the 12-16-mile range, ad maybe a second hike in the 5-8-mile range. I truly hope I can hold to this plan!

The woods was still steeped in its winter sleep, but it was easy to see the restlessness of that sleep. The early season plants are showing signs of waking up, some already poking green shoots out of the ground. The birds and animal are clearly sensing it as well with their increased activity and noise.

Speaking of noise, we are soooooo close to that amazing phenomenon I have written of in the past; the wood frog “explosive breeding”. Yes – explosive breeding. One of the earliest amphibians to begin reproduction in the spring, once the air temperatures start hitting 50dF and the ice begins to melt, the frogs awaken from their hibernation. But truthfully, hibernation is the wrong word. When the winter’s freeze truly set it, much of the body freezes – literally ice crystals in the tissue – and their heart stops beating. They actually go into a state of true suspended animation.

But once those air temps rise and we get some rain, their instincts kick in and they all, I do mean all, begin a migration to find a vernal pool in which to mate. Once there, they emit sounds that are almost impossible to describe. Some descriptions include “chuckling” and others “duck sounds”. But trust me, it is not one here and one there, it is ALL of them, non-stop. I won’t say that it’s deafening, but it is freakishly loud, especially in that you typically only find this deep in the normally silent woods. There are frogs everywhere; thousands, even hundreds of thousands occupying about every square inch of available space.

It is one of the most amazing displays of nature I have ever witnessed and I have had the great luck to have experienced it twice. The second time of course, I knew what was going on. But the first time? I will absolutely admit to being freaked out by it. The day was warm, above 50dF and sunny. It was quiet and peaceful when we heard the first hints of the sound. Being hard of hearing, I initially could only hear it intermittently, but as we moved forward on the trail it became more pronounced. And more difficult to categorize. I thought chainsaw, dirt bikes, some sort of equipment operation; it just fit absolutely nothing natural in my world of experience so I automatically attributed it to a manmade source.

The trail moved to the north, but the sound was definitely coming from the west, so we left the trail and began stumbling through the woods trying to figure out what we were hearing and to hone in on the source. And with each step the volume and intensity grew. I swear I had goosebumps as we got closer, feeling almost apprehensive as if I was sneaking up on something I wasn’t supposed to see. And sneaking is the operative word as we were unconsciously moving somewhat stealthily through the woods.

I saw the pond through the vines and branches and realized it was the source, but until we got a little closer, we still didn’t know why. But then we saw them – frogs everywhere. There were so many it was almost as if the ground itself was moving. They were hopping and jumping and vocalizing and… well let’s just say they were busy. It was simply amazing. Even though I knew now what, I did not know the full story until I got home and researched it. Explosive breeding – one for the books! Given the weather forecast, I hold out some hope of possibly seeing it again this coming week. Time will tell.

I hold great hope for this spring and summer. We basically lost last year to the pandemic, especially the spring. Summer was far better than the spring as the virus numbers fell, but was still severely constricted with the majority of it spent it the yard. And while the pandemic is far from over, it is running out of steam. This is due to better mask wearing and the vaccine of course, but also that sooner or later you begin to run out of people to infect! And the timing is good as the American public is running out of patience. People are weary and some are just done altogether.

The current definition of how we’ll declare this pandemic over rests mostly with the citizens, believe it or not. America loses tens of thousands of lives every year to the flu; anywhere from 50,000 up to 80,000 on a bad year. That averages 136 to 219 deaths per day. (A commentary note here: the average I just listed is based upon 365 days in a year but the flu is not present 365 days a year; it is really only around for three or four months, and using that data would of course, change the daily average.) There is a level of acceptance by the American public for flu deaths; we tolerate those deaths, accept them without raising an eyebrow. Certainly, those families touched by a loss due to the flu don’t accept it. But the public en masse does. Those deaths will not make the news, the internet, or social media. There will be death counter on the bottom of the screen in the news media outlets. The term is acceptable losses and it is an ugly truth we generally don’t about, but which truly drives our society. Much the same with cancer deaths, heart disease deaths, etc.

And the same will become true for COVID. Experts are all of the opinion that it will not go away anytime soon, if ever. Think about it; polio, small pox, measles, mumps, and tuberculosis have not really been eradicated. Cases of each pop up every year, but the numbers, the count of people affected, stays below our collective threshold and we pay no notice. Thanks to herd immunity someday and especially thanks to the vaccine, the deaths due to COVID will fall below our collective threshold and will be ignored. And that, is when the pandemic will be “over”.

A final author’s moment of lecture here: vaccines work. All the diseases that I just listed in the last paragraph, and more, are held in dramatic check thanks to vaccines. And every time someone goes on YouTube with some claim of medical experience and makes wild and crazy notions that vaccines are harmful and should be avoided, there is some percentage of people that listen and believe it. And as a result, child vaccination numbers fall off and new outbreaks of disease appear. For example, measles; measles was declared as essentially eradicated. But thanks to so called experts on social media, more and more parents are not vaccinating their kids. And every year we have more and more cases of measles as a result. And kids are dying from it. All because some nutjob got on YouTube and managed to convince people that their crazy opinion was right as opposed to the science and the cold hard facts of how effective (and safe) the vaccine is.