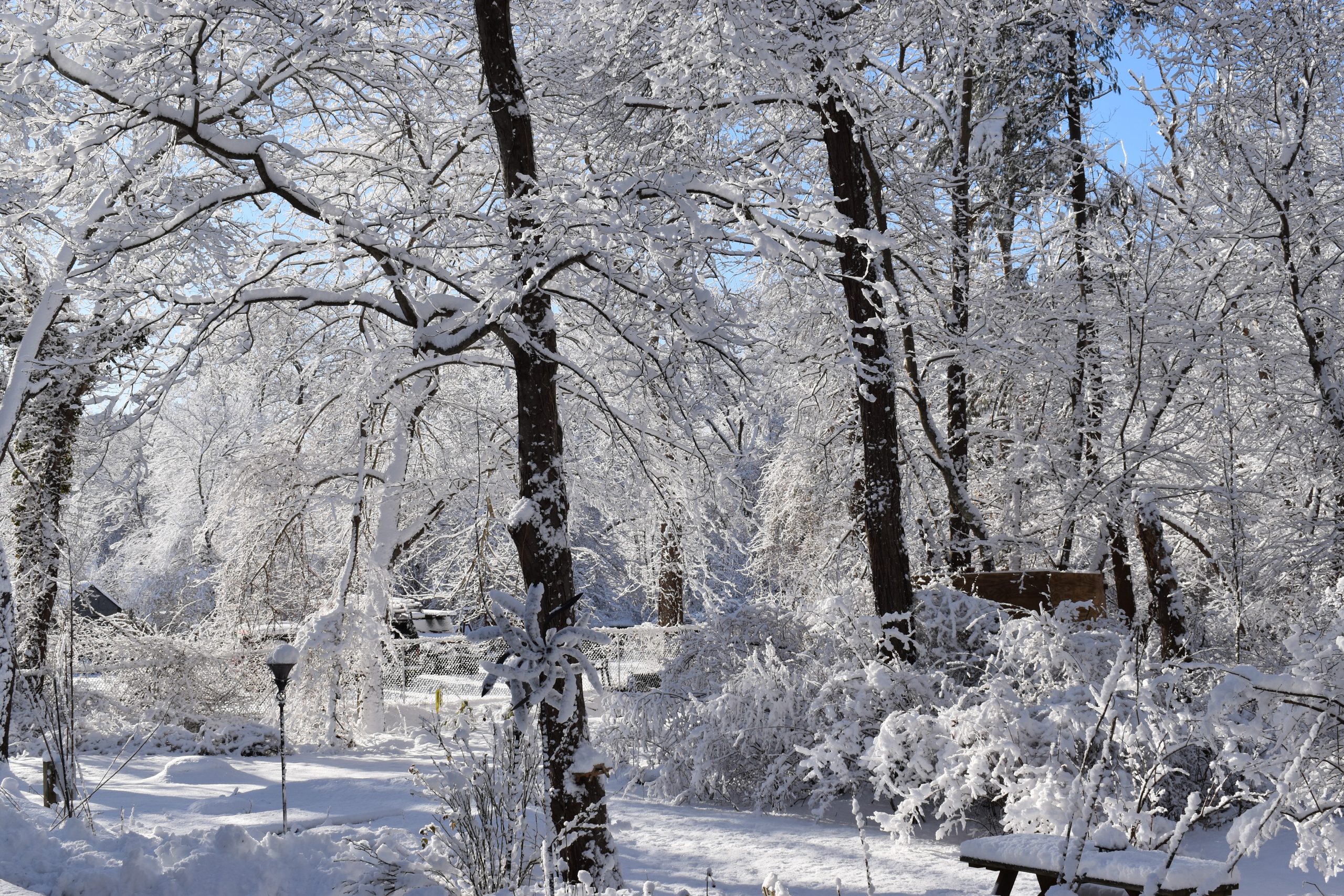 An unusual weekend here; a “huge” storm has been forecast for today, Sunday, beginning around 7AM and snowing heavily all day through nightfall. We have our three grandkids every weekend, picking them up Saturday morning and bringing them home around 7 or so Sunday night. So given the forecast of heavy snow all day with possibly up to a foot of snow falling by evening, it was decided that the kids would not spend the night and instead, would go home Saturday night. And so they did, sadly. It is now 10AM and it is not snowing. The current forecast calls for rain starting around 11AM and changing to snow this afternoon; total 3-5”.

Personally, I was more than willing to keep them overnight and wait for the light of day to figure out when we might need to take the 20-minute drive home. I figured that if it started snowing early as promised, I could still bring them home in the late morning and have an easy drive. And if they were wrong (as it turns out they were) and the snow holds off until later, even better. But they are my precious grandchildren and I would never want to place them at risk, so I agreed that we should bring them home Saturday night.

But here again, is a classic example of the news media blowing up a winter storm all out of proportion. “Monster Northeaster will bury New England with snow” they were all proclaiming, advising everyone to stay off the roads on Sunday. For Pete’s sake – this is New England – we’ve been dealing with winter storms forever… nothing new here. Some snow and some wind – big deal. IF you go out in it, you will drive slowly, spin your tires a bit, slip and slide a bit, and might even get stuck. OK – so what’s to panic over? Yet the hype from the news media, coupled with the comparatively milder winters of the last seven or eight years, have resulted in people totally losing their ability for rational thought when it actually does snow – fueled by the apocalyptical news media forecasts.

The irony of all this is that yesterday and today mark the 43rd anniversary of the Blizzard of ’78; a storm that caught many by surprise. In fairness, there were only three local TV stations. And they only ran the weather at 6AM, noon, 6PM, and 11PM. There was no internet, no Twitter, no Facebook, and no text weather alerts back then. You either managed to catch the weather on TV (unlikely) or someone would bring it up in conversation. And this was coupled with the fact that the weather services had gotten their forecast wrong several times over the last couple of weeks, so there was not a lot of faith in their forecasts.

The current urban legend has it that our forecast that weekend called for snow showers with light snow accumulations for Monday – a dusting. But apparently, and this is from what I have read and not personal recollection, they DID forecast a significant storm for that Monday February 6th. But that was on Saturday and who watched TV – especially the new – on the weekend? And apparently the Sunday forecast was even more in line with what actually showed up 24 hours later. But most all of us either missed it, or for those that did hear it, disbelieved it.

As to myself, I seem to recall hearing about a forecast of 8-12” of snow for the day. Nowadays, that is a storm that would likely paralyze the state. But back then, 8” of snow was not really extraordinary; most didn’t really begin to sit up and take notice until the accumulation passed the 12” mark. Below that mark was merely a nuisance. I think what went wrong in the forecast was perhaps the timing of the overall snowfall; we got a lot more snow a lot more quickly than expected. That and the wind; I  am not sure any of us were prepared for that wind.

Regardless, I did go into work that day and the snowfall quickly hit and passed the magical 12” mark, ultimately ending up around 28-30” accumulation. But that tells nearly nothing of the tale – what that insanely ferocious wind did with all that snow is the true story! Drifts under which cars and trucks just disappeared and in the right places, even small sheds vanished. I wrote of my recollections of the blizzard last year in (Life Interrupted) and that piece provides much more detail than which I plan upon today. The storm was epic and is often used as the gold-standard against which all other winter storms are measured.

But it was pre-internet and pre-cellphone; there are extremely few pictures around from it and most of what does exist are post-storm – the aftermath. I have not seen many pictures of what we all went through on our drive home. Those exist mostly in the memories of all of us who fought through it. Yet I feel the need to add that it was not that bad. Oh, the driving certainly was bad – horrific in fact – but the feeling, the mood, was not bad. You slid and you skid and you got stuck and someone would stop and help. And that repeated itself everywhere. And while helping someone out of a snow bank amidst the relentless wind and blinding snow, we laughed. I got stuck at one point and I think at least four or five people stopped to help. To this day, there is a guy who, when he sees me, says “I remember the first time I met you – you were stuck in the snow as we stopped to help get you out”. Simply awesome to have been a part of something that epic!

And fast-forward to the present and their forecast of a “killer” storm – with 5-9” the likely total and winds barely reaching 30MPH if at all. And perhaps then you’ll see why I was not too excited over this forecast. It is snowing now and fairly heavily at that. But it began several hours later than predicted. We’ll see how the total accumulation stacks up to the forecast, the numbers this morning are quite a bit lower than those forecast last night. But as I said, better safe than sorry. I am never happy driving them home in poor weather conditions – cargo is just too valuable!

So this is not a plug, just a humorous observation. Last year as my birthday approached, I admonished my kids not to spend their hard-earned money on a gift for me; their time is what I wanted. I told them if they absolutely felt the need to get me something, make it something like cashew nuts or Twizzlers. I have always enjoyed a good Twizzler, but it was a rare treat: maybe a couple of times a year. Well, they listened and both bought me Twizzlers, and before you know it, Twizzlers have become my go-to pandemic food. I have eaten Twizzlers almost every single day for almost a year now! Not like gobs of them, but two or three here or there each day. And I show no signs of stopping!!

I have no idea why I felt the need to tell you about my Twizzlers addiction; I suspect it ties in with my last post and how we all cope. Somehow, I think Twizzlers may have become one of my coping mechanisms. It is a small and mostly insignificant treat that always brings me a couple of minutes of joy. And that is a prime means of coping – allow yourself a small treat that brings you even the slightest bit of joy or pleasure. Certainly has nothing to do with Twizzlers directly – it has to do with the few moments of happiness. It could just as easily be a favorite song, a cup of tea a walk in the woods, or just watering your plants. It is about finding a respite, an oasis, for that brief pause in the stress and to find a reason to smile. Take five minutes dear reader, and go find your personal reason to smile and let go of some of that stress even if only for five minutes. Stay well!!