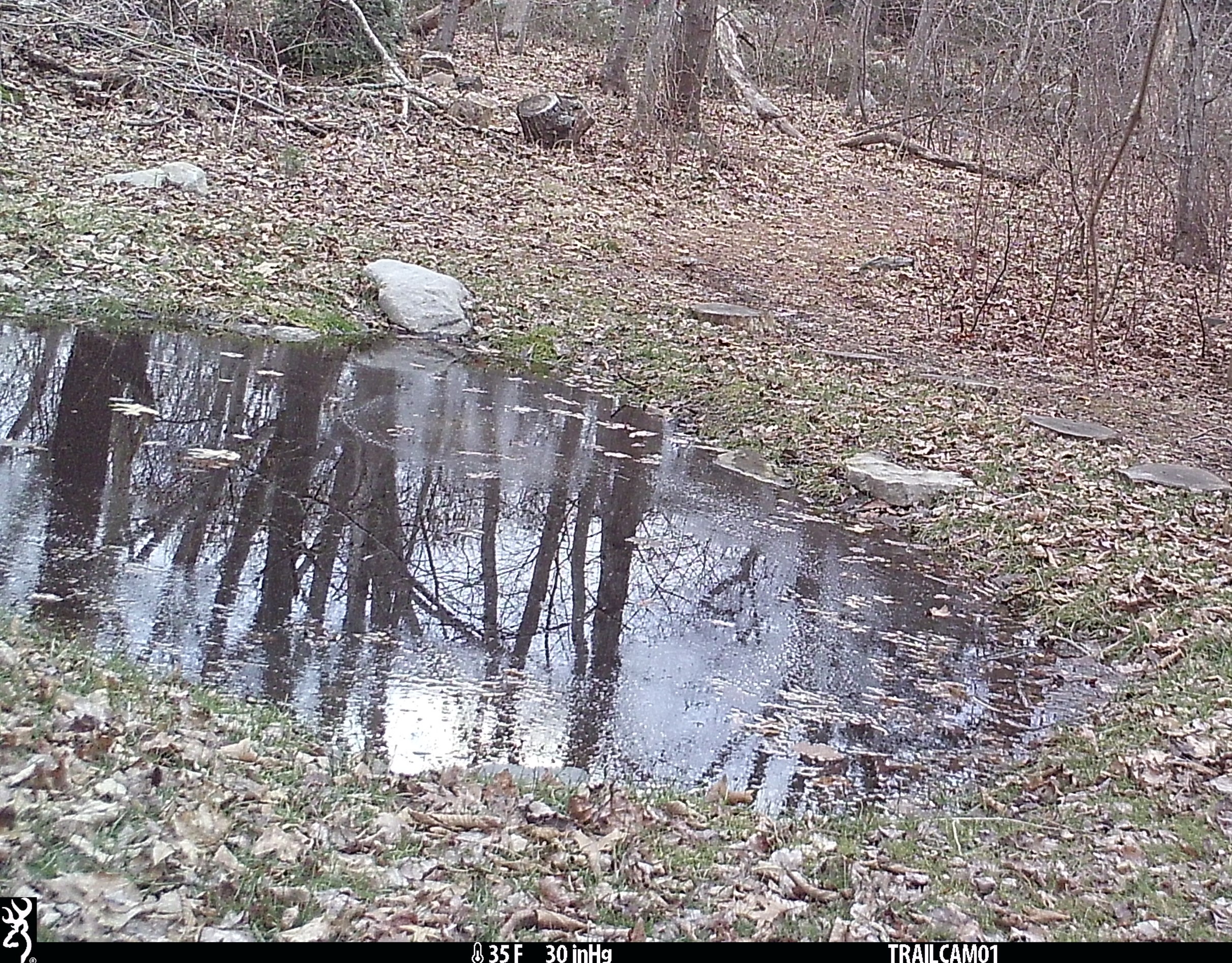 I have been sitting idle far too long over the last couple of weeks. And I don’t really get that since it has not been the brutally cold January as those in my past. I am used to single digits overnight and mid-teens during the day for a high. We’ve been routinely hitting mid-40’s for days on end lately. Nice for the heating bill,  but sucks for people who look forward to skiing or ice fishing etc. But given these amazing days, I should have expected to be outdoors and busy far more often than I have been. I am seemingly stuck in my chair.

I should be out hiking, but I really dislike leaving my wife home alone while I go out and have fun hiking. She is not really physically up to hiking right now and if I don’t get back to it soon, I may not be either! The body declines so rapidly as you age; muscles weaken and ligament and tendons tighten. It takes far more effort to maintain than it ever used to take.

So I should be hiking but I am not; that does not preclude yardwork, as such that sustained me through the summer and fall. I had actually held back on dropping a couple of trees in the warmer weather with the plan to fell them in the winter when I needed something to do outside. But after eyeing them from every conceivable angle, even though I have planned to do so for a year now, I am not sure I will do so anymore. The thing is, the winter woods are stark and bare; mere skeletons of the lush foliage in the summer. And as such, there is precious little privacy in the winter woods; houses you never knew existed suddenly appear in the distance due to the foliage leaving the trees. And denuded trees offer little cloaking – especially at ground level. So now, when I walk the back woods and vision them with those dead trees removed, all I see is another hole. They are each between 2’ and 3’ in diameter and even though that isn’t a lot, it still helps plug some of the gaping holes created by the winter loss of foliage. That couple of feet of standing wood seems a lot less significant in the middle of summer when everything else is in full growth. In the winter… not sure I want to remove a single bit of that precious screening.

So I hit the “pause” button and have not cut a thing out there. My current thought is to rent a scissor lift or aerial lift and take off the upper portions of the trees – all the big branches – and to leave 20’ of standing trunk. I still get firewood out of them (of course not nearly as much compared to taking down the whole tree), I still remove the risk and liability posed by those large dead branches falling, and at the same time I still keep the vertical screening of the trunks. The cost is not prohibitive and they will deliver. My biggest concern is tearing up my lawn in getting them down into the woods. I think that I need to wait for a period of deep cold so as to ensure the whole lawn is frozen as hard as a rock to ensure I minimize damage to it.

As always, this began several days ago and then sat untouched for while….the inauguration is over, successful, no real violence, and a new term has begun. We’ll see that it brings, if nothing else I hope for more dignity and respect from the office, more leadership with unification and less divisiveness. I am seeing some acceptance from at least a portion of the diehard Trump supporters on social media – some, not a lot though. There is some hope in the message that while they don’t like it and expect the worst, he is their president and will support him. Baby steps…

I had a minor disaster with the website yesterday. I began with a comment from a reader asking about an issue on his device with the blog – mainly he found no way to subscribe. I immediately checked and it was fine – the subscribe button was right where intended. But then I recalled he had mentioned Safari as his browser so I decided to grab my phone and see how the site looked on mobile and to my surprise, there was no side menu – which meant no subscribe button. As I dug a little deeper, I found that on mobile, the side menu ends up at the absolute bottom of the page; every post every written appears before the bottom. Which is not what I intended.

So I went to fix it and ended up installing a couple of plug-ins that I hoped would either repaginate, give me a end of page button, or a pop-up side menu. As it turned out I got none of that. Instead I got an error message the locked the website up tight and locked me out of my administrative login page – I could not get in to fix it!! Happily there is more than one way to skin a cat (how’s that for an old saying?) and was able to use a tool to access the raw files and delete the offending plug-in files, thus allowing me to get in again.

Ultimately I ended up with the most recent ten posts showing and then the bottom of page with the side menu (and subscribe button) at the bottom. Success, at least at some level. Still not thrilled – I would much rather have a side loading menu that opens and collapses with a small icon, similar to the drop-down menu at the top. I think I will keep looking, but for now anyway, an improvement.

I have received a few emails from a long-time work friend asking some questions about the facility. She was actually my protégé, an energetic and intelligent woman who wanted to try something different. She listened and she learned and she is now responsible for building a massive new building there. I am so proud of her growth and accomplishments. And it was nice to hear from her, as well as how some of the others are all doing. All of the questions, and time spent recalling one thing or another about all the work we did there made me a little melancholy. Facilities was just awesome, a perfect fit for me. I am as proud as I could possibly be for all the work I did to fix Quality and stand that organization back up on its feet, prepared for the future. And equally as proud of all the boats I was responsible to certify as meeting specification during my time. But Facilities? I am telling you….that job touched my soul!

But despite all that, the only interest I have in going back there to work would be just to see and say hi to those folks I left behind, that are still there. And maybe to see the changes – maybe. But I have no interest in going back to work. I worked hard to get to retirement and I have no plans to change that. Life is good, pandemic notwithstanding. And that will pass and I will get to go out to the movies again, and to go out for breakfast, lunch, and especially dinner! I am hoping by summer this will be all but done and behind us. In the meantime, stay well dear reader!