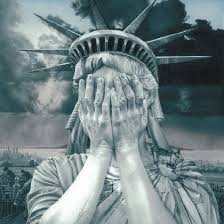 I sit here, nearly midnight, still trying to understand and digest the horrific events of the day. As much as diligently work hard to avoid tuning in to news media, I found myself switching channels midday in order to watch at least some of the vote count. I already knew that some republicans were planning to object to the official vote count and attempt to challenge it. And I knew that por-Trump protests were planned in DC throughout the day. I did not know that a number of misguided and uninformed citizens would storm the Capitol, gain entry, and basically shut down our democracy for several hours.

I am aghast that, even after seeing what I think every American saw in one form or another today, be it Twitter, Reddit, Facebook, cable news, or some other internet source, there could be anyone still willing to continue to play this fool’s game of political posturing over the election. But there are. There are still republicans who plan to object to the count and challenge the results; even after the chaos of today. Today should have been a wake up call fir every person in this country – a cold, hard slap in the face. It is kind of like being a 10 or 12 year old boy and throwing down insults and dares and double dog dares until someone gets pushed too far and the next thing you know little Billy is lying in pool of blood with his arm bent all backwards and everything; then you know the game went too far and suddenly it’s real and you wish you could go back just 10 minutes.

We let Trump mouth off, Tweet, and rage endlessly about voter fraud and stolen elections and how the democrats were going to take our guns and shove socialism down our throats. Like this country hasn’t had democratic presidents before? You figure, “who is going to swallow this crap” and you dismiss it. Then suddenly it is V-Day – vote count day and Trump is wildly and frantically begging his supporters to come to DC and “show them” what they get. And they listened – a lot of them. They came and they struck a blow for treason, sedition, insurgence, and anarchy. They stormed our Capitol and took it away, effectively halting the natural Constitutional process of our democratic process.

They took the Senate floor. They broke into offices and rifled thought paperwork. They looted and stole items out of the Capitol building. They vandalized. They terrorized. They took down the US American flag flying in our Capitol and replaced it with a Trump flag. That is an attempted coup – a hostile takeover. The darkest day I can recall in my nearly 65 years on this earth. The McCarthy Red scare, the Cuban missile crisis, the Bay of Pigs, Watts, the civil and racial unrest of the 60’s, the Vietnam war and its protests, Watergate, Clinton’s cigar, and a million other terrible moments all pale and fall to darkness by comparison with today.

A leader is expected to conduct themselves with dignity and decorum at all times; followers and enemies alike look and take notice. I have always considered the US to be a world leader; today, we joined the ranks of 3rd world ruffians who have no clue how democracy works and therefore resort to physical violence and hostile takeover like petulant bullies. It was downright embarrassing and every American should feel shamed.

But not all are. I’ve seen posts on Facebook with comments like “Told you you were messing with the wrong people”. In essence not just condoning the actions of the domestic terrorists today, but implying thinly veiled praise and admiration.

We all have a right to our opinion, but some things have to remain absolute and untouchable. I strongly believe that the American flag should never be burned in protest; too many of our forefathers died for that flag, for our freedom. The White House and the Capitol fall into the same category; march and protest all you want outside but never dare even try to enter in order to protest – or worse. These people are acting like a bunch of spoiled children who just lost the game and now want revenge. Our electoral process is not a game and when the people have voted, and your candidate did not win, you do not get to storm the Capitol and try to overturn the result. That is rebuking and rejecting the vote of the 81-million people who voted for him. Democracy just doesn’t work that way.

An ever-growing number of republicans are joining the pleas of the democrats and of the non-partisan news services, all of whom are telling us that Biden won and Trump lost. Fair and square. Anything else is madness, sore tempers, and conspiracy theory crap – the only thing missing is a grassy knoll and a magic bullet. And you know what? Even if there was voter fraud and he won unfairly – deal with it. Next time catch him and provide proof. Or cheat better than him next time. The democrats claimed Trump won in 2016 due to Russian influence and collusion yet they didn’t storm the Capitol and attempt to overthrow the election. Seriously!

The damage this one megalomaniac has done to our government, our society, our people, and our democracy will take years to be fully recognized and understood. It is massive, it is pervasive, and it is not over. You thought COVID was bad? That spikey little virus has nothing on Trump. There is much talk tonight about invoking the 25th Amendment – removing him from office as unfit to serve. I can’t say that I disagree.

I began this rant late last night; it is now the next morning. Congress did their job through the night and have certified Biden as the next President of the USA. Trump has supposedly acknowledged the end of his presidency and has promised a peaceful transition, and we finally have something other than the virus to argue about with each other! (A touch of humor in the last part of that statement). The sad fact is that there are still people publicly vowing their undying love for Trump this morning; not as many as a week or two ago, but there are still supporters out there who still have not gotten it; not realized how harmful this man has become due to his toxicity and rage at the election results. Had he had a conscience, morals, empathy, and less of an ego, he could well have been one of our greatest. But that was not the case and we ended up with his supporters, fueled by his words, seizing our government and shutting down a foundational process for several hours. That, is not how a sitting president behaves and is not how democracy operates.

I had a completely different post in the works, but the events of yesterday compelled me to get this written and to share it. I’m sorry for the heavy-handedness of it all, but this is truly historic and desperately sad for us. We need to rethink how we are conducting ourselves in this country and learn a little bit more about patience, compassion, caring, and accepting that differing opinions are not cause for hate and violence. Stay well dear reader!