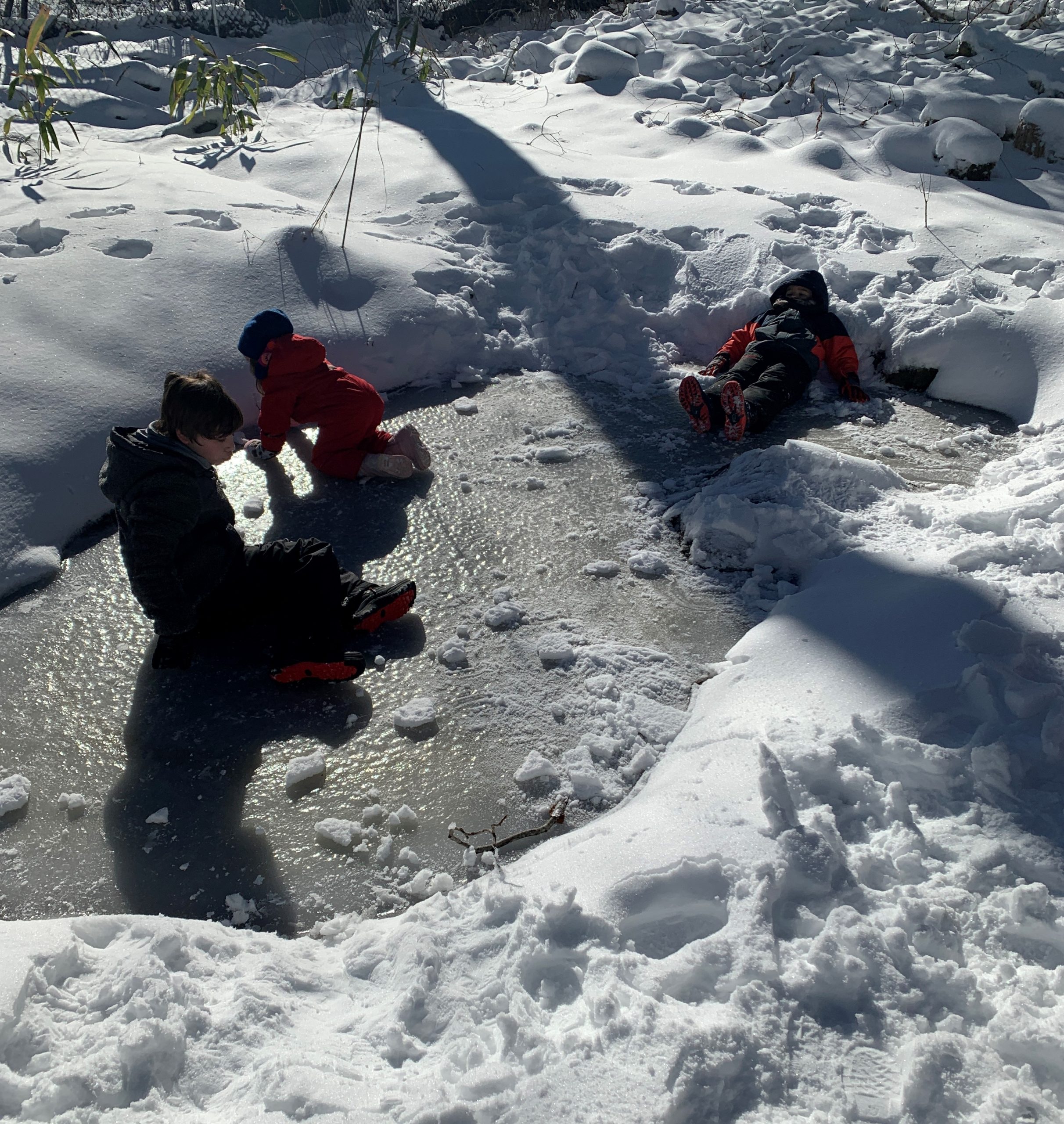 We’ve had our first significant snowfall – around 6” I would estimate. There was some mixing with rain and sleet at one point which had two effects: it compressed the snow effectively lessening the accumulated depth and it made for some really heavy snow to shovel. It took me about an hour and a half to shovel but was still snowing while I was doing it so much of what I shoveled, especially where I started, picked up an inch or so, which is, of course, easily cleared. It began around 8PM and was really quite nice to watch in the silent darkness. And as of a few minutes ago the sun came out and is providing a beautiful scene with the white snow sparking in the sunlight. A winter wonderland one might say!

Of course, that feeling only lasts so long – it won’t be long at all before I’m complaining about the cold and another snowfall to go out and shovel!! Actually that is not entirely true; as I have written in the past, I love to shovel. It is absolutely a Zen sort of thing for me, especially shoveling at night: that is the best! Dark, quiet, peaceful… it is magic! I am less enthusiastic about the heavy wet snow though – that is not quite as pleasant to shovel. But I rarely complain about having to shovel and always come back into the house the better for it. It is great exercise and a wonderful opportunity to be a part of nature, alone and peaceful. I hope my body allows at least another 10 years of shoveling if not more.

The season of Christmas is almost now completely seeped into the daily lives and minds of those who celebrate it. There are lights and decorations and shows of spirit almost everywhere with more showing up every day. In fact, I have seen more displays than ever before in my searchable memory – houses that have not put up lights in the past. And those that always put up lights, many have put up far more lights than in the past; entire neighborhoods are lit this year! It is wonderful to see, though the impetus behind it is sad. We tend, as a people, to not appreciate what we have to be joyful for, until we either don’t have it or almost lose it. As I said, it is the way of our people… human nature. None the less, it is an awesome pleasure to be a part of it and to witness it!

The frog pond, still full to the edge, has frozen over from the several nights of teen-temperatures and the grandkids were able to play on it yesterday. I was anxious about it but tried not to show, yet still found myself hovering, warning them to avoid the deep end, trying to hear even the faintest hint of the ice cracking. And that was because: 1) they are precious and 2) the ice was only marginally thick enough. I had tried it first to be sure since if it held me, it would certainly hold them, and it did hold me just fine. But after 60+ years playing on ice, and going through ice many, many times, I know when ice is only just barely OK and that is where we were yesterday. Eventually, I heard the crack I expected and got them off. There was one small piece at the edge that finally broke, in about three inches of water. No one got wet and they had great fun. And it is an homage to my past that we did this as one of my favorite winter activities as a kid was to go into the woods and to find a pond or swamp that had frozen over so I could try out the ice. If you have read some of my older posts you’ll likely recall me writing about it several times.

Today we are heading to the “big hill” to go sledding. It is a large barren hill in the back of an old elementary school where most of the town heads to sled. It is steep enough and long enough to keep the attention of the older kids while still gentle enough over to one side to keep the little ones safe. We are going early to avoid the crowds and to get some sledding in before the temps climb to the forecasted mid-40’s and everything gets slushy and wet. I now regret that I did not take them last night – there is nothing like sledding at night. Next time.

Well we just got back from sledding – it was a blast! Crowded, but not too crowded, fast snow, and decent temperatures equaled two hours of fun. Some collisions, none serious, lots of oohs and ahhs, screams, and laughter – all you could hope for on Christmas week! But the best part was the kids’ cousin joined us. We haven’t seen him in person for maybe three months now. They all had a great time together and I was happy for all us!

Life is about making the best of what is in front of you, at hand, at your disposal; it is about playing the cards you were dealt. That is easy to say, difficult to do. Our fear impedes us, our prejudices make us hesitate, our anxiety holds us back, and our frustration stops us. Moving forward, or even standing fast, when our world is crumbling about is extraordinarily difficult. It takes patience, perseverance, courage, trust, and faith – and even then the steps are tenuous and unsteady. And whether you are holed up in your home, sheltering in place or out daily as an essential worker, the fear and anxiety grips each equally. There is no right or wrong in survival mode; you do what you can and what you must. Whether you’ve gotten yourself into peak physical condition or if you’ve slipped up and added a few pounds, it doesn’t matter – coping and dealing with the strain of this now year-long pandemic is a task unto itself; how you deal with it is solely your decision and whatever that decision was, it was the right one for you.

I will surely get out a Christmas post, but hopefully I can squeeze on in before as well; I am still running around trying to get the last Christmas details sorted out and – I have not wrapped a thing yet!! I will be spending hours… days… wrapping, starting tomorrow. If you live in a an area with snow and have the health to do so, go grab a sled, a saucer, even a piece of cardboard and go slide down a hill and laugh a little bit; you’ve earned it dear reader! Stay well!!