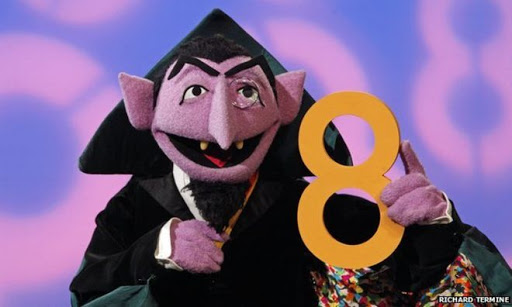 So 2020 Election, day 3 and still no president. That’s OK with me as long as they take their time and get it right – count them all. I am actually enjoying it to an extent; election night is always exciting and filled with drama and nervousness and this year (of course) we get to feel those nerves for several days! It is comical watching the news media trying to find a different way to say the same thing hour after hour, given that there is no real news to report!

The overall numbers at the end of election night, and the next morning, had many news commentators eating crow in that they had all been rolling in a mud bath of Blue love, predicting a wave of record voters burying the dead Red. I am not saying Biden won’t win, since yesterday morning when I studied the states yet to fully report and their demographics, it was clear to e that Biden was the likely victor. But Trump won some states that they never saw coming and made one hell of a fight out of it, as I knew he would. I saw far too many people in my world who are quiet and not demonstrative, but who supported the Republican party, that I knew would express their voice with their ballot.

Trump could well mount a last-minute charge in the states still lingering in hand counts and a recount in at least two of the really close states given to Biden could conceivably flip their results. But I truly hope that electoral vote follows the popular vote and we get a unified result, and as it seems to stand right now, that would be a squeaker of a Democratic victory. And that’s fine with me. They promised they would “handle” the pandemic and they would help heal our divided nation and after four years of growing anger and rage, I am more than happy to let someone else take a shot.

Speaking of the virus, there are record numbers of cases coming in every day, the latest surge being drowned somewhat by the week-long election results. But I remain curious and confused. Europe is going into a lock down and here in RI, our governor is threatening another lock down. We have 26,000 people in my town. On June 1st there were 236 cases reported here; the count now, here in November, is 433. With State reported statistics like that, I find it difficult to get really excited about all this. People are (and have been) packed into stores, bars, and restaurants for months and months and this town of 26,000 has only seen an increase of 200 cases. And now, on top all of that, all our schools are open and in session.

I just do not see the reason to panic. Please don’t take this wrong: I know people get sick and I know people die, and certainly more so than a typical flu season. But perhaps there are variants in the strength of the virus and we have a weaker version of it here. Because people here in this town are certainly not great with their mask use – good perhaps, but not great. Or maybe even though I see all these places packed with people, they are only there occasionally and for short periods of time, effectively minimizing their exposure to the viral load. Regardless, I remain skeptical of the fear and panic of these record numbers being reported. The data just doesn’t warrant the panic to me. Just an old man’s opinion and certainly a poor one at that, according to my wife!

I never did get this half-written post up and now another day has gone by; it is Friday – late Friday in fact. And we still don’t have a result. I think, as I have since late Tuesday and especially Wednesday morning, that Biden is the victor. The mail-in ballot counts are slowing the inevitable result (and that has expectedly riled the Trump supporters with allegations of cheating.) I do not believe in collusion and impropriety in our overall voting process for a number of reasons, mostly because of the enormous effort it would take and accordingly, the HUGE number of people that would have to be involved and, more importantly, kept quiet. Given the self-centered and egotistical nature of so many of today’s culture, someone would have already posted a TicTok of them stuffing ballot boxes or something like that. I believe the results and frankly, am not surprised by them. But… we have a long, long wait until it is final and official and all the dust settles.

I hope America takes a collective deep breath, focuses on the coming holiday seasons, and lets this play out of its own accord. But judging from the crap I am already seeing on Facebook, that is not going to happen; many Trump supporters are not taking the impending loss well and that’s a shame; it is actually a manifestation of our divided nation and the lack of tolerance and understanding we have for others who do not share our opinion. Name calling, labeling the opposition’s supporters as idiots, generalizing people instead of hearing individual thoughts…..we are in a bad place right now. Pray for tolerance, for calm, for understanding, and for compassion; pray for gracious winners and losers – it’s the only way we all win. Stay well dear reader!