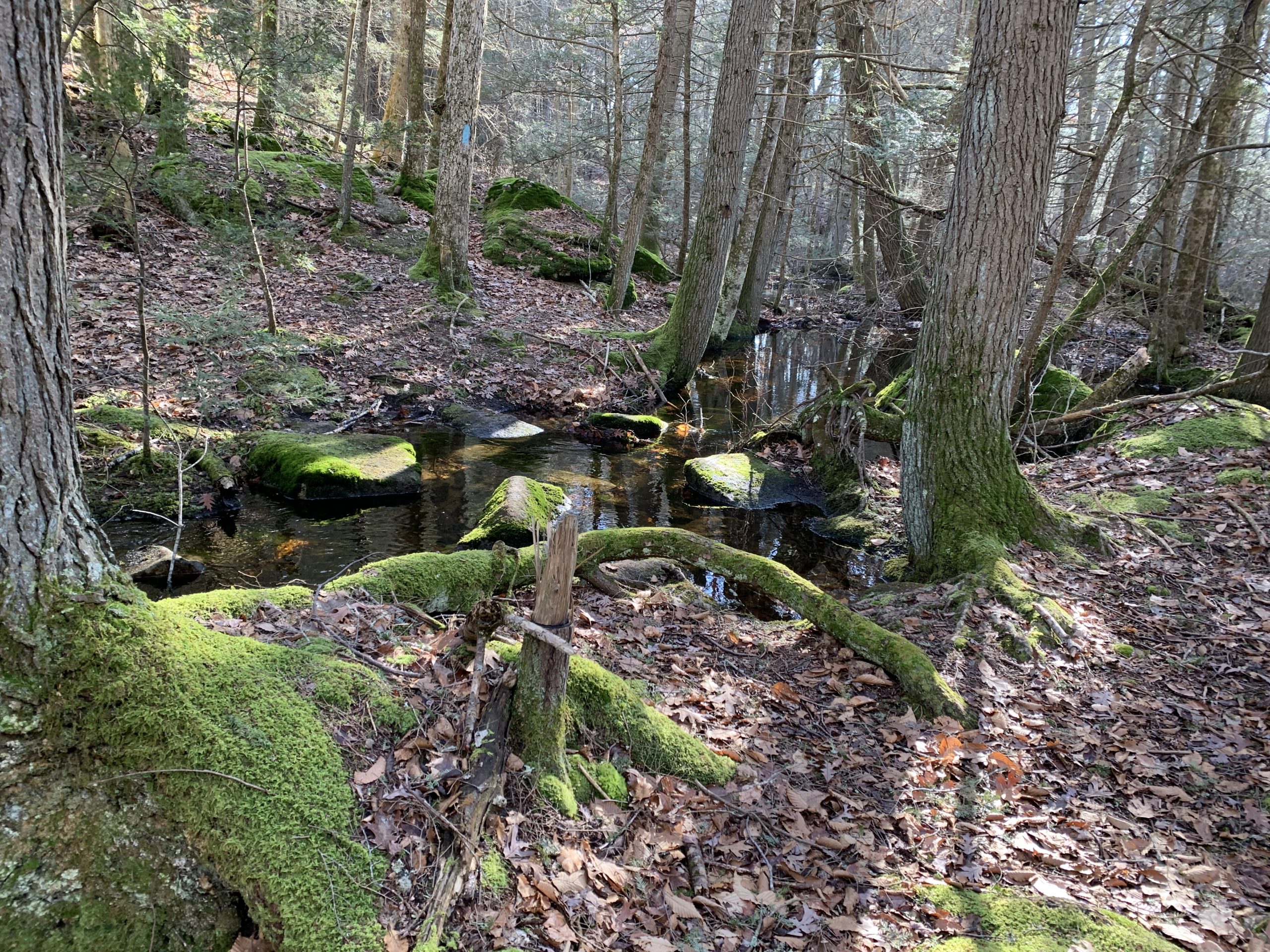 I look back, a bit, today dear reader. I find myself quite retrospective of late. Worrisome perhaps even, were I to so choose to allow it, as in the context of an oak tree dropping more acorns than ever. But I have lived long enough to know that with age comes nostalgia and reflection and that does not mean you’ve reached the end of the line!!

Some examples: I have reconnected with two old classmates from high school – actually more than high school. As you may recall having read in previous posts, my prep school was grades 6-12. If you went the distance, you were termed a “seven-year vet”. And one of the two was, with me, a seven-year vet. Transformative years between those years too, you literally grow together. Both of these two are doctors now, one in LA and one in Florida, each with a completely different life’s path than each other, and certainly from mine!

I have also reconnected with a couple of friends from my past at work. As deeply as I dislike so much about Facebook, it does afford a marvelous opportunity to peek into the lives of friends and acquaintances and to communicate with them. As a loner and an introvert that may seem like an oxymoron but let’s face it – life is a mountain of contradictions and this is yet another one! However, in these cases, I did not find either through FB, but a “shot in the dark” email to an address found in an old contact list from years ago, happily successful.

We move through time and life at times obliviously – blindly even – as our world consumes our thoughts; thoughts of things affecting and impacting ourselves and those immediately around us. Life is generally so busy, chaotic, and unpredictable that it fully encompasses us – envelops in a totality. And the less someone is directly inserted in our lives at any given moment, the less likely they are to be in our thoughts….just a natural outfall of life.

But sometimes, as things slow down – as the chaos dissipates and the din of life diminishes – our mental desktop suddenly has free space upon it with which we can expand our circle of thought to allow more people into it. We think back and recall. We recollect. We reminisce. Sometimes it is a fond glance back at better days, sometimes it is a mournful recollection of a bad time, and sometimes it is a melancholy reflection of our youth (and trust me dear reader, this is by far the most common form of looking back as you begin to age in earnest!).

And if you fought “the fight”, professionally, for a long time, work naturally brings a huge box of memories, moments (good and horrific), and people (again good and horrific!). And when you retire, periodically you can’t help but drift down the lazy river of recollections. Such is where I found myself when I reached out to those old and “lost” work friends. And in fact, one was only marginally a friend, and I mean no disrespect by saying that.

He was my air compressor mechanic during my time running Facilities. An industrial manufacturing plant requires air – a lot of air – for millions of functions. Giant lathes and mills use compressed air to carry the massive weight of the cutting sleigh on ways lifted with air. Out paint building used air to turn every massive damper (up to 4’ diameter) in the HVAC ductwork and to operate all the heating and cooling valves. And of course – thousands and thousands of hand tools: grinders, sanders, drills, chippers, impact wrenches, and the like. So we had massive air compressors – a total of 2,100 horsepower – massive machines that stood up to 12’ high with monstrous pistons (for those with detailed knowledge, yes, they were reciprocating compressors). And this guy maintained and repaired them for me.

When he was at the plant, I would stop into whichever compressor room he was working in to check in on him and say hello. And we’d chat about things, mostly the equipment, but sometime about life and what was going on – small talk mostly. But he made a big impact on me. My vendors, professional contractors hired to work on my equipment and keep the plant running, were extremely important to me. And those that would invariably “answer the call” and rise above to help me during a crisis, were absolutely invaluable to me. And my air compressor mechanic was one of those people. So reconnecting with him was nice for me, and for him. It’s not that we’ll ever get together and grab a beer, even now. But it was nice to touch his life again and catch up. Reminiscing – good for the soul.

If you didn’t already realize this, there is a word for everything. Just Google “things you never knew had a name” and “feelings you never knew had a name”. Dozens of lists will come up, each providing more words than you could ever imagine! Go ahead….do it now…I’ll wait! Lol. But there is one I learned of years ago: sonder. Ever look up at an airplane in the blue sky and suddenly become overwhelmed with the realization that every window has a person on the other side looking out. And in fact, has other people sitting next to them. And in fact, that speck in the sky is filled with a couple of hundred people, each of whom is living a life as chaotic and full and complex as is yours. Each absorbed in their own life story, even at that very moment.

But for most of my life, my desire to reminisce, to remember, is dominated not by a person, but a place: the woods. As I first detailed in Call of the Wild the woods have always called me, whether running, walking, or just sitting. The woods draw me like a cold beer on a hot day; more so in fact if you believe that. And when I have not been in them, part of them, for a long time, I begin to whither a little bit. The feel of the forest is intoxicating and a powerful force. I can easier think back to a November day in the autumn woods than a successful presentation in a conference room at work. I can easier recall a sweaty, sultry July day splashing through a swamp in the woods than an award ceremony. The lure of the forest is overwhelming and can cause me to feel a phantom pain for it if I am away too long. It has happened at times through my life and they were difficult times; the irony here is that the tougher the moment in life, the less time I had to get out to the woods while getting to the woods would have been the most therapeutic and healing thing for me.

This virus has separated me from the woods, as you know if you’ve been following my angst and anger over the last five months! And all I can say is thank heaven for my yard! Having a mostly wooded yard has been my pacifier for these months; a marginal but effective substitute or the real thing. I’ve had many, many days where I have totaled five, eight, or even 10 miles, just walking about in my yard. Not doing laps or anything…doing chores like clearing those damned bull briars, cutting down a tree, cutting up a tree, splitting and stacking wood, etc. In fact, for my last birthday (as you may remember if you read my birthday post) my wife bought me a FitBit – a watch with intelligence and Bluetooth connectivity to pretty much everything. Amongst its tasks, it counts my walking distance every day; I use it faithfully every day to try to reach my daily goal of 10,000 steps. The couple of times I got out hiking I used to monitor my distance and pace. Well last night the watch vibrated and the screen lit up with fireworks – it had just “awarded” me the Italy award – apparently I have walked the equivalent of walking Italy from end to end: 734 miles. Sadly, most of those miles were in my yard and not truly in the woods, but what the hell, I’ll take it. But each and every day I feel the call of the wild and every day I ache a little bit for missing it. Thank goodness for memories….

I am reminded of Metallica’s lyric in the epic “for Whom the Bell Tolls”: “Take a look to the sky just before you die – It is the last time you will”. Not as morbid as you might think – gazing into the sky, through the trees and leaves, during one’s last moments has to be one of the nicer final moments I can envision. Sadly, most none of us ever get the chance to take that final nap surrounded by the deep woods, and those that do, are likely there by accident and likely far too soon to be taking that last look! But that is reverently I think of the woods; more than a collection of trees and plants and rocks; the woods are a force, an entity. A power comes from them that is irreplaceable. Nature….if you want to understand the nature of a man, observe the man in nature. Think about it dear reader….there’s a lesson of life in that! Stay well!!