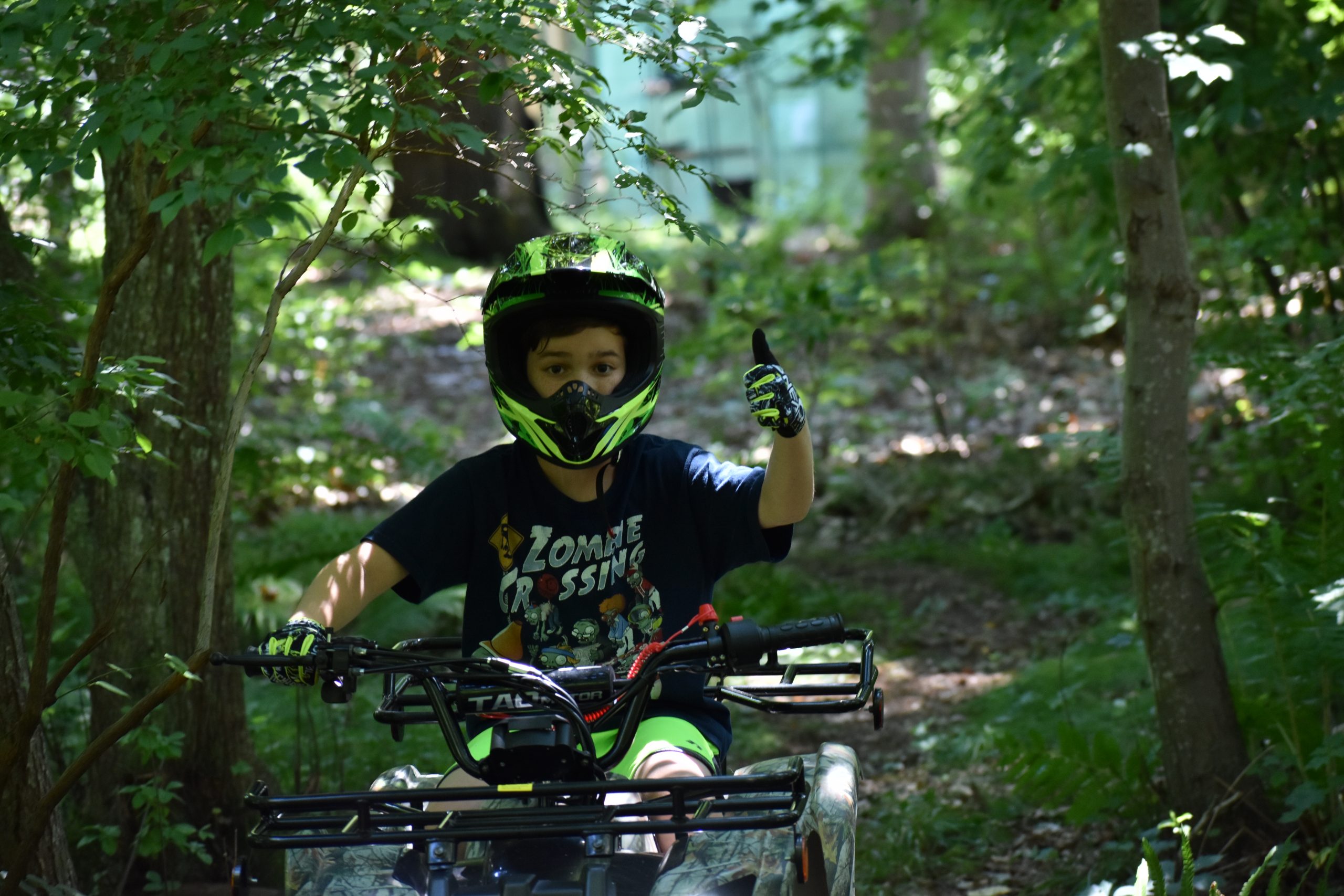 Sorry for the absence here. I try to write regularly so folks who read this can have some sense of a schedule as to when to come back to read something new. But as of today it has been several days longer than I usually try to post and I apologize to anyone who noticed. I can’t say it has been any one thing; really just a busy time – not terribly busy, but enough so that it interrupted my routine. One of those things was the delivery and assembly of our new four-wheeler! And yes, there is a story in that sentence!!

My 10-year old (a week away from 11 now) has wanted a quad or a dirt bike for a couple of years now since riding one in Maine at his cousins. IT was the number one thing on his birthday wish list. But, his parents were “iffy” on either – they were pretty set against the dirt bike and were sort of OK with a quad. Part of the problem was that while they have a nice sized yard, it is a wide-open square and while you could ride a quad around in it, it would be boring within the first half hour. So I decided to get him a gaming computer and monitor instead, figuring that, unlike a quad, he could use a computer year ‘round, day or night.

Yes – you read right dear reader – I did say I bought him a PC and not a quad and I did say I spent last week assembling the new quad. Allow me to reconcile the confusion. I bought myself a quad! And before you accuse me of striking a dagger to his heart my not buying him one but getting one for myself, let me say that this quad is termed a mid-sized youth model; it will somewhat comfortably carry a “smaller” adult. It is more about the overall physical size of the quad than the weight capacity; I fit on it but with my long legs, I am a bit cramped. I told everyone I was buying a quad for the yard: to carry items to the garden and back, to drag big branches, etc.….. for yard work. Who buys a mid-sized youth quad for heavy yard work??? So of course it is intended for the grandkids, but done in such a manner that it doesn’t belong to any single kid. And as it is “mine” it is kept in my yard which has multiple paths through the wooded sections to make riding it variable and fun all day.

I will add, for those concerned about safety, that I had already bought both of my grandsons new helmets and gloves for their bikes, but the helmets that I bought them are dirt bike full face helmets and are perfectly suited for a quad. And the quad has a speed limiter that I can dial down to basically walking speed, and can the increase as their skill advances. And finally, it has a remote kill switch that allows me to kill the engine form up to 50’ away if I feel they are in trouble or are exceeding their safe limits.

While all three have had several trips around the yard, so far only the 10-year old has done it solo. He learned quickly and now knows the start-up procedure and safe operation of it so he rapidly became “authorized” to ride solo – as long as I am in the yard watching! To see the glowing smiles of all three of them made the acquisition worth every penny. And yes, I have taken a few laps through the woods myself! I plan to buy a ramp for the pick up so we can load the quad into the back and take it to some of the dirt roads that run all through the forests here and let him really have some fun with it. Of course, that means I will need to ride something….I think I see a trailer to carry multiple vehicles in my future!! Ideally, I would ride a dirt bike while he is on the quad. And in a couple of years, he can finally get his own quad, a little bigger than this one by then, and his brother will be ready for the 125 quad.

There is an ulterior motive to all of this, mainly aimed at getting my boys out into the woods. They are, as are most of the kids these days, immersed in an electronic world, playing games, texting and video-chatting each other, emails, and every other conceivable means of communicating. Even the game Fortnite, which was introduced as MMP game for fighting, has become a social media platform for the kids of this current generation. And given the sheltering in place we all are going through, already went through, or may still again go through, the electronic society they have built themselves was an absolute life saver for millions of kids. It enabled a modicum of normality and familiarity to their upside-down lives. So getting them on a quad is a quick and easy means to get them outside in the woods and enjoy it.

That, along with trying to keep my parched garden and lawn watered, has taken up a good portion of my time over the last week and is my excuse for not getting back to you all sooner. I will try to stay more consistent once again over the coming weeks. In the meantime, it is only 10AM and already past 85-degrees with a blazing sun and still no rain (although the TS forecast to run up the east coast may bring us some tomorrow night), so I am off the begin my watering regime. Stay well dear reader!!