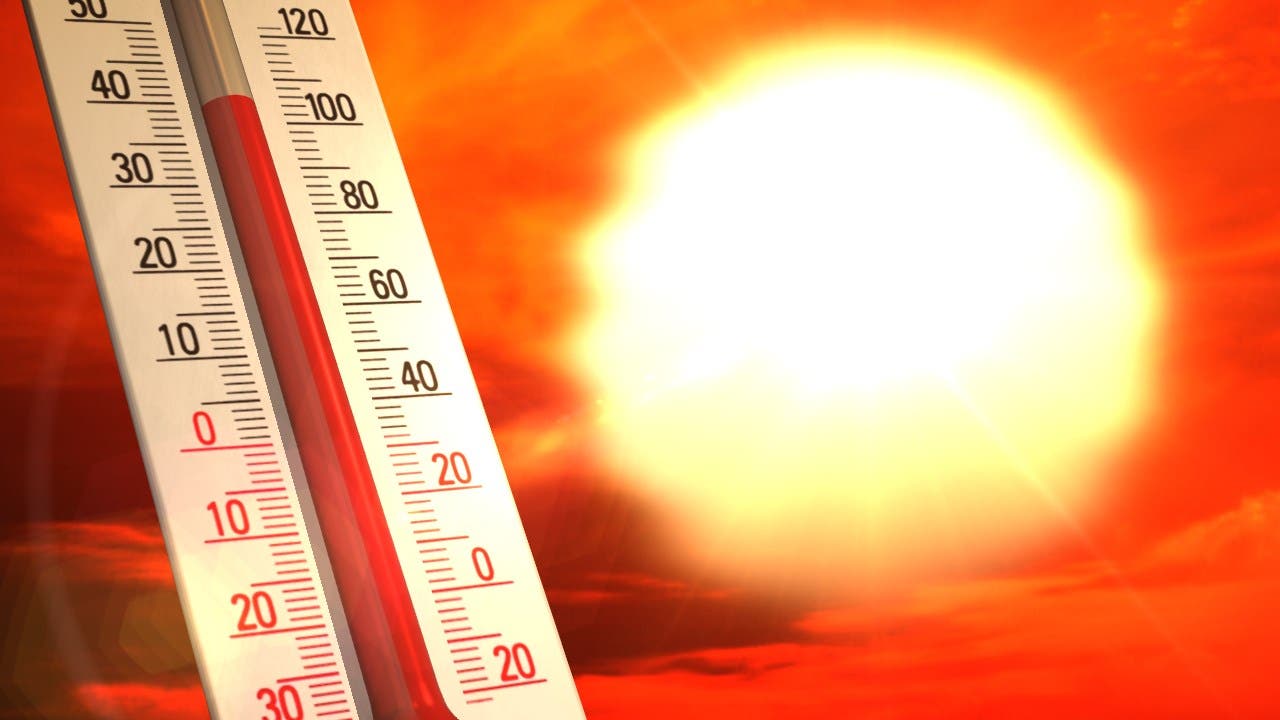 So be careful what you wish for dear reader; I’ve written endlessly about the steamy, sultry heat of summer – and now it’s here – in full force – redefining the definition of the three H’s” hazy, hot, and humid. We are consistently in the 90’s now every day with high humidity and dewpoints. I went outside a while ago to pick up some hickory nuts off the ground and I began to sweat within five or ten minutes. Incredibly hot. I have always stated that I love the heat and I am not backing down from that; but this weather? This weather has me saying it a lot more softly and less convincingly.

I continue my self-imposed exile in the yard, despite my plan to get out and hike at least twice this week. But I do get 5 or 6 miles each day just plodding around the property moving things, watering, etc. There is always plenty to do in the yard and I can keep myself busy all day long. A side benefit of that, to which I alluded a post or two ago, is the intimacy with the nature of my land and its occupants. Rabbits everywhere, chipmunks everywhere, and birds galore make up the majority of the daily visitors…should mention squirrels too….but they are always around anyway so I tend to forget about them. They are now extremely comfortable with us in the yard and while still being cautious and maintaining some distance, they basically ignore us now, which is nice for all of us. Even the deer are getting “comfy” with one grazing basically perched on my rear doorstep!

The vegetable garden is….well….it is still alive. I’d never dare say it is flourishing. We have gotten a few tomatoes so far, a couple of peppers, and a good handful of beans. But we’ve lost far more than we’ve grown, from a plant perspective. Between not enough sun, either too much or too little water, and the slugs – it has been an uphill battle. There are still a number of plants growing and we expect more over the next month or so now that I (think) have the slugs under control. The corn is doing far better than last year. I don’t have as many plants actively growing, even though I planted as many seeds. I used two different variants and one seemed to really like the garden conditions while the other didn’t. I actually did three or four follow-up plantings (which they recommend doing as a means to spread out your crop over the growing season) and was able to generate more plants, but each time only from the one variant. And happily, that variant is the larger plant of the two: both in plant size and in ear size. No ears yet, but I expect some within the next few weeks.

The frog pond sits empty, awaiting rain and the elevation of our underground water level. We had some heavy rain a week ago or so and the pond level rose somewhere between 18” and 24” (I did not measure it hence the disparity in the depth). We are currently down over 3” in our rainfall amounts and 3” of rain would take the pond to at least 75% full or more. But I happy with the rest of it; the grass is growing nicely and will definitely prevent soil erosion when the rains do return. The bamboo is doing well although I will not see any new growth until next spring because it has a single (and intense) new growth period of approximately two weeks each year. And with most bamboo, the vegetation in the ground will remain like that; it’s the new shoots that appear and grow each spring that provide the spread in both width and depth and height; fascinating plants. Hopefully this is gradual spreading clumping bamboo, unlike my other variant which spreads insanely. This year I had new shoots appear up to 25’ from the existing shoots, and the new shoots grew – within two weeks – to a height of greater than 15’ with one-inch diameter stalks. Next should really be crazy!! Luckily, if you get a riser stalk someplace you don’t want it, you can just cut it flush with the ground and it will not continue to grow and will not grow back.

A brief midsummer’s update on life in my little neck of the woods; I will continue to write and update, and hope to get back to more meaningful issues as life begins to (hopefully) find a balance. I seriously miss going out to breakfast; I miss going out for dinner; I miss going to the movies. I miss things the way they were. There is a lot of positive news on the various new vaccines being tested and I remain hopeful that there will be one ready for round two, and that there will be enough for everyone. Not that common sense ever dictated anything our government has done, but perhaps testing people and first offering the vaccine to those who do not have the antibodies might work out well for our people? This of course based upon the premise that it is a “one and done” with this virus and you can’t catch it a second time. Otherwise, I would insist that they need to begin with the essential workers to protect them as they continue to work to enable the rest of the world to shelter at home. Stay well dear reader!