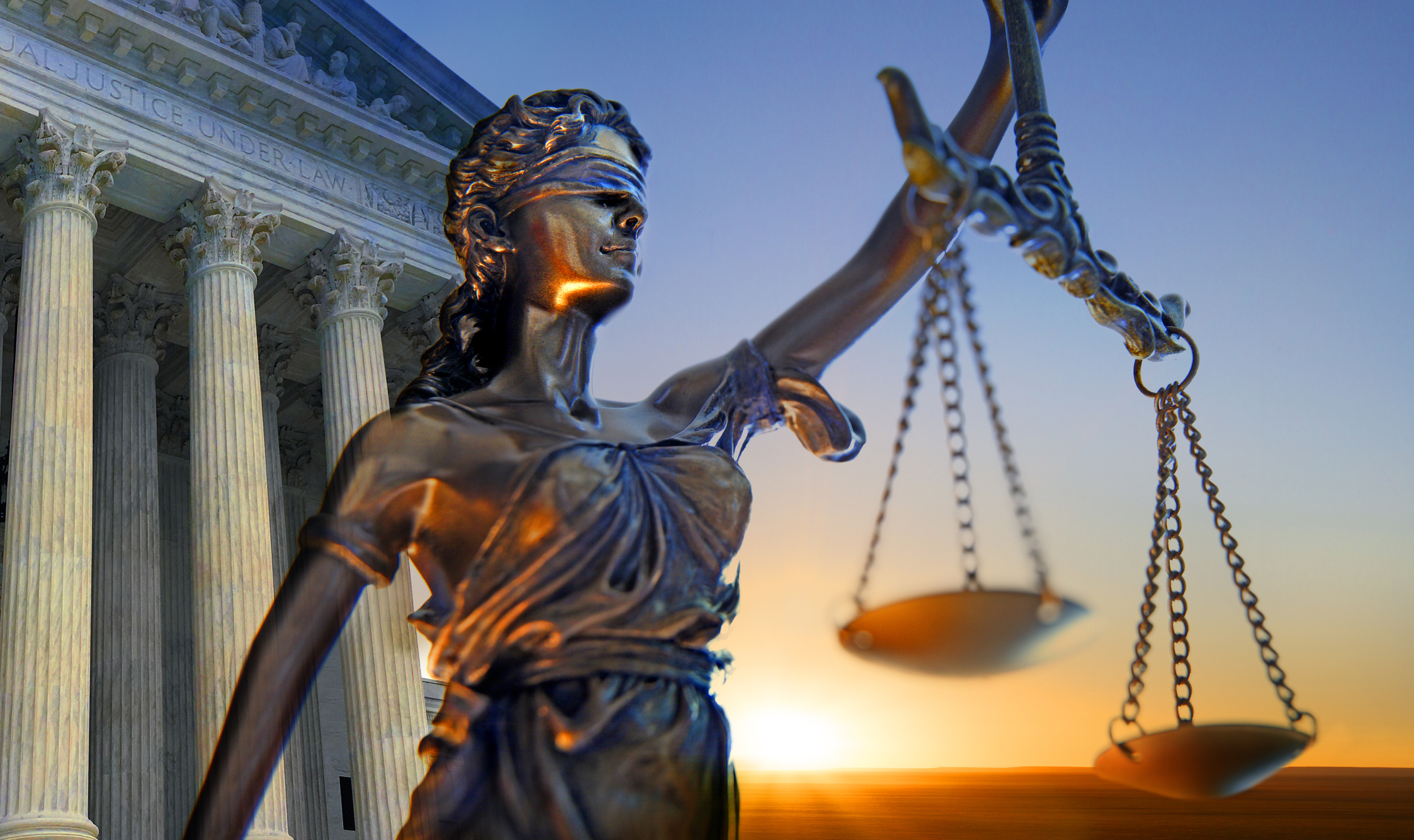 A statue of the blindfolded lady justice in front of the United States Supreme Court building as the sun rises in the distance symbolizing the dawning of a new era.

Interesting night last night that dovetailed into a bigger issue I’ve been pondering for the last few months. We ordered from DoorDash; I’ve used them before and have also used GrubHub as they each have different restaurants in their respective selections. Both are a service I’d have never considered using in the past, before this pandemic. For most of my life I have used takeout extensively – love it. And I always go get it. But with the advent of COVID-19, my wife refused to eat anything not cooked in our home – no takeout. Once the science began to demonstrate that food from restaurants has almost no chance of spreading the virus, we decided to try some takeout food, but she loathed the idea of me going into the place to get the food; did it once or twice but she really disliked it. So I turned to food delivery services; you pay more, a fair amount more, but you don’t have to do a thing to get it and can receive it completely without contact. Problem solved.

I ordered three items: chowder and entree for my wife and an entree for myself. The drive arrived within an hour and left the bag on the tailgate of my truck as I stayed the proper six-feet away and thanked him. I looked at the bag and the receipt was stapled to it with the items I ordered listed. I brought in in, opened it up. My entree was there but not my wife’s, although the chowder was there. But upon opening the lid for the chowder we discovered it was not chowder at all – it was a broth. In short, she got nothing we had ordered. I immediately called the DoorDash drive who had delivered it and he was very apologetic and said he would call the restaurant right away. He called me back within five minutes and said the restaurant could not give me a refund; that would have to done through DoorDash. Frankly, I didn’t want a refund – I wanted her food! But he never offered to go back to the restaurant to have them give us our food. I called the restaurant – one I’ve been going to for well over 35 years, maybe even 40 years) – and asked for the manager. The call immediately disintegrated into a “he said, she said” dialogue. The manager said the delivery guy should have checked the bag to make sure everything was there. The bag was tied – knotted – shut tight; who wants a delivery guy opening their food bag and rummaging around inside? I kept asking where my wife’s food was and he kept telling me he couldn’t refund me – that had to come from DoorDash. It got loud and ugly for a couple of minutes but we backed down a little and managed to complete the call civilly; he offered to send me a gift card out of respect for my years of loyalty to his restaurant, but I am not a guy who wants something for nothing. I planned on going after DoorDash for a refund and didn’t want to end up with a refund and a free gift card; all I wanted was my wife’s food. I should mention here that before I even called the restaurant, I had already gone on GrubHub and ordered her a replacement meal.

It was really not ever about the money – we’re talking $20 at best here. First it was about getting her food for her; and no one offered to do that. The driver never offered to go back and pick up a new order for her and the manager never offered to either look for her food or make her new food. No one accepted the responsibility for the error and reached out to make it right; right from the perspective of my wife getting to eat. In my mind, the blame is solely with the restaurant; they received the order exactly as I placed it – the receipt bears witness to that. But they failed to package the right order. It is not the delivery guy’s fault that they gave him the wrong food and the right food is all I wanted. But both parties were completely focused on a refund without really any interest in the fact that my wife had no food!

Ultimately her replacement meal arrived and she ate. And I filed a complaint with DoorDash and received a full refund for her portion of the order. And the refund almost exactly matched the cost of her replacement meal so nary a penny lost. But there was a marked loss in the poor customer service response by the restaurant manager. He had every opportunity to demonstrate his commitment to his customer but totally failed in my eyes. Now to be fair, his reaction may well be a conditioned response to today’s society. I have been offered “comps” a lot as a response to poor service or a poor business transaction, whether that be a restaurant, a hotel, a retail store, or an online web purchase. It seems to be how business deals with complaints nowadays. And I suspect that this manager was doing what satiates 99% of his customers who complain. But as I stated earlier – I don’t want something for nothing. That is not how I was raised. What I expect is an admission of guilt – ownership and responsibility for the problem. And then I expect accountability; an apology and how they intend to make it right. Not make it better than it should have been – how they intend to make it right as it should have been.

I have at least six…maybe seven or even more…items I’ve bought online and have not yet received. Items for which I’ve paid and promised a delivery date that is long gone past. One item was ordered in April, allegedly shipped in early May, and tracking still shows “in transit”. No response from the person who made the item despite several email attempts. The “website store” (Etsy) claims they can’t help. Same with an issue with eBay for something I bought and never received: the seller is no longer registered and eBay won’t help. It’s not just the small sites: Amazon is another. I have two items that should have been here some time ago; Amazon’s response to my complaint was to call the US Post Office as they are the carrier responsible to deliver my item. Ever tried calling the Post Office to find a package? We’ll just leave it at that….I am now chasing my money back.

Another seller from whom I bought some thing or another, when I asked where my purchase was since they had emailed me it could be there two weeks ago, responded that the website states that there may be delays in shipping due to the virus so “cut us some slack”. I answered back that the only reason I asked was because they had emailed me stating my items had shipped and had given me a specific date to receive them; of course I m emailing now that it is two weeks past the date that they provided to me! The response was “shipped” doesn’t mean it actually shipped. Seriously? This…this is customer service today. This and a coupon for 10% off my next purchase.

No one today seems willing to raise their hand and acknowledge that they made a mistake, they were wrong, it is their fault, and that they will do whatever it takes to make it right, at least within their power. It is a game of “not my fault”, “not my problem”, “here’s a gift card/coupon/discount now stop complaining and go away.” As I indicated earlier, this may be the product of a society that seems to want everything their way and stomp their feet when that doesn’t happen, all so that they can get that free coffee or discount or gift card; a social game of negotiation to get something extra for the “pain” of having been inconvenienced. I think the airlines started it by offering vouchers to customers who had encountered difficulties in their trip: missed flights, lost luggage, bumped seating, etc. And people walked away smiling since they had been “rewarded” for their troubles. And that “reward” has become a social expectation.

Let’s remember that nothing is free; if every merchant is prepared to offer a free this or that, or a discount, or gift card for every customer who complains, you must surely know that the cost of those “rewards” are embedded in the price of their products. They are making everyone pay more to cover the cost of the comps, the “rewards”, to the complainers. But that is not all; throwing someone a comp due to your employees’ mistakes or mix-ups is so much easier than making sure your employees perform correctly and don’t make mistakes. It is extraordinarily difficult to train and monitor employees to ensure that they are performing properly and to your expectations. So much so that I believe many employers have given up and accepted that their employees are going to make mistakes and package the wrong food into the wrong bag or not package it at all; that their workers are going to be rude or unprofessional to customers; and that they are going to promise delivery at a certain time and then not deliver. Even Amazon seems to have given up on monitoring 3rd party sellers and enforcing the business codes of conduct with them. It is just easier to offer a discount.

But what happened to responsibility and integrity? Where are all the folks who are still willing to stand up and take ownership and accountability for their error? What has happened to our collective sense of honor? It is certainly not an intentional decline; I think it has been more of an erosion of qualities and principles that were once held as immutable and expected of “all good men”. Not everyone for sure, and not irreversible either; we, as a culture, a society, get to decide what we deem acceptable and proper behavior for each other. Sadly, right now, our path is more one of self-importance, self-centeredness, unempathetic, and entitlement than anything else. That, coupled with the asphyxiating grip of social media, is leading us in a direction our forefathers would have disdained. Such is progress. Our children will ultimately decide which attributes and qualities they deem important and desirable; I can only hope they watch some old movies and read some of the old classic novels to help provide them a frame of reference. We look forward – but we need to learn from the past.

A post-script: in the time of writing this post, Amazon has refunded me for a purchase not received and with an invalid tracking number; the word “sorry” does not appear once in the entire email. How telling is that? Stay well dear reader!!