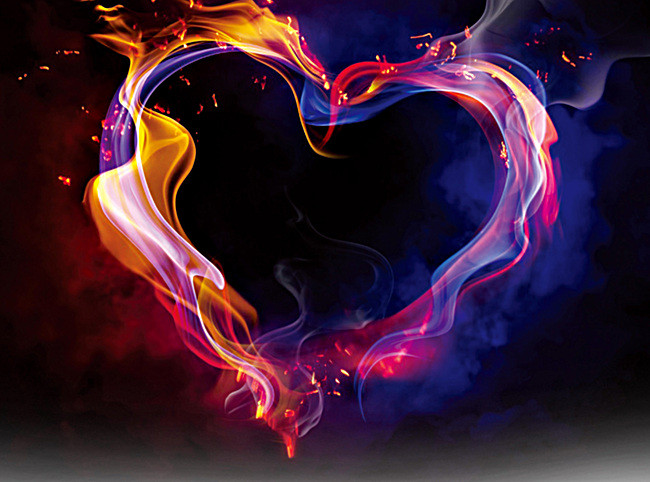 After all these weeks, these months, our own personal isolation has ended. Frankly, I doubt any of you who have been following this saga all along are surprised; the telltales have been there all along – the slowly progression from no contact to in-car or in-house contact, to sitting outside, etc. We’ve been on a slow, painful, sometimes torturous, journey from complete lack of contact with our kids and grandkids for the last two months or so. And that journey reached its inevitable conclusion yesterday when everyone came over for a cookout – in the rain. It was actually fitting that the weather was abysmal on the day that we personally ended our no contact isolation given how nasty this whole horror vignette has played out. Upon arrival into the house – yes, into the house – every single person got a big hug. And it took a while to let the go once I had them in my arms!! It was magic: a release of tension, uncertainty, and fear that had swirled inside of me like a vicious viper since this virus began to impart its impact upon us.

There is a peace, a joyous feeling of comfort and contentment that can come with an enforced isolation; consider a massive snowstorm where you are snowed in with no chance of getting out – roads not yet plowed, school and work cancelled, and more snow coming. You hunker down and just enjoy being “stuck home” with your loved ones. This virus began to drift down that similar path, lazily looking like a good ‘ole snowstorm isolation – an “out of our hands” forced to stay at home moment. But we all quickly realized that it wasn’t that, it wasn’t that at all. It was scary, it was unnerving and it was unsettling; people were getting sick and people were dying and the result of a misstep could have disastrous results. We worried about our family, our friends, and ourselves as we sat trapped in a prison run by the government and the news media. Certainly, you could choose to ignore the stay at home advice and venture out, but the reports made it seem like instant death, so most all chose not to. But not all – the unlucky, the unfortunate, and the brave “essential” people never sheltered, never isolated, and never stayed home. They never had a shot at the contentment of that virus induced stuck at home “snow day” and I think that is a huge reason why so many had such a hard time with this.

None the less, there were moments of peace and happiness during the sheltering, but they were underlined with the expectation of a short-lived action – two weeks was the original claim. That never made a lot of sense to me because it defied logic. A virus is a living and mobile entity; it swept westward from China across Asia and then Europe; it went through the UK and then it hit New York, Boston, and Atlanta – it also swept eastward and landed in Washington and California. And that did not happen overnight of course, it took time – transmission to transmission, person to person. It moved purposefully and slowly through neighborhoods, towns and cities, and states. Why anyone accepted that locking down the entire country for two weeks would have an impact on a virus that took months to get here is beyond me. I guess I never gave it adequate thought at the time to recognize that two weeks would just never work. I think part of it was the fact that every person you saw or heard on the news was endorsing it and backing the two-week lockdown. Looking back, my guess is that they all knew two weeks was just the beginning and not the end, but they didn’t dare tell us it would be two months because we’d never accept that.

Regardless of all that, for this family yesterday marked the end; the final drop of patience fell drained to the floor. It was time to hug, to hold, and to heal. The ten or eleven weeks of not seeing and not touching our loved ones was enough; no more. Consider how the children felt; the people who have loved you completely and absolutely for your entire life – people who have doted upon you and spoiled you – people who have held you close and tight every time they saw you – people who have smothered you in kisses over and over again – now can’t…..won’t….come within six feet of you? Won’t touch you, won’t hug you, won’t hold you, won’t kiss you? Devastating. Absolutely devastating. They absolutely cannot comprehend the huge and sudden change in behavior of their loved ones. Explain about viruses and person to person transmission all you want, all they know is that the grandparents who once held the so tightly now won’t hug you, won’t hold you and in fact, come within six feet of you. That hurts, no matter how smart the child is and no matter how clearly the risk of the virus is explained to them. It is crushing and unfathomable to them.

The first hug with my ten-year-old was initially tentative; he arrived with no idea that anything had really changed, other than the fact that they were now allowed back into the house, which that alone was a huge deal. When he came in I extended my arms and he did the “air hug” we had been doing from afar for a number of weeks – a pretend hug from a distance apart. But I reached out and encircled him with my arms and he stiffened a little, not quite certain at all what this new action represented and what to do. So I pulled him in tight and there we stayed in that tight hug for quite a long time. It was wonderful.

The isolation is over, at least for now and for us. And many others from my observation driving around and seeing all the cookouts and barbeques around town. There is now talk of the second wave in the late fall or early winter. I guess we’ll see; we’ll see if it does truly sweep the planet again, we’ll see if there is a medication or vaccine by then, and we’ll see how the world leaders decide to react a second time after the lessons learned from the first go-round. I know that the true data coming from this mess will never be known; an annual flu that typically kills 20,000-40,000 people has no reported deaths, seemingly all grouped in together with the COVID-19 deaths. Deaths from heart attack, cancer, and a myriad of other causes are down dramatically, with more than one source reporting that those deaths are being attributed to the virus instead. I recall one article alone in which they reported that NYC had “adjusted” the death total from the virus upward by 3,000 because those deaths were “probably caused by the virus”. It became critically important for both political reasons as well as ratings reasons to push the daily death count in this saga – the bigger the better. Sad but true.

So actual totals will likely not ever be known; even in “typical” years the CDC and WHO struggle to properly gather and publish accurate death totals from the annual flu; given this massive chaos and hysteria I am certain that the true number will never be known. Not that it matters, it has irrevocably altered our lives for two months or more across the world. And far too many families have suffered the loss of loved ones; one is too many and from there it only gets worse. But summer is harkening and people are emerging and it is fast becoming a time of healing. Assessing the damage, cleaning up the mess, and restoring whatever sense of normalcy we can. In my state, daily new positive test results continue to get lower by the day, now down to levels last seen in early April. Death totals are also dropping and sadly, the target of most all of them are our elderly in nursing homes and senior care centers – last I saw statistics people between 80-100 accounted for almost 80% of our deaths here. If you think about it, it makes the same sense as what we saw in NYC: a great number of people all squeezed into close quarters together. And in this case, they are already in poor and diminished health. Horrific circumstances.

I don’t know what the future holds, no one does. But I can plan for how I wish it to be and my wish is that there is a vaccine developed so that even if there is a second wave, we’ll be able to fend it off. Until then I will embrace the pending explosion of summer’s intoxicating seduction, the peep frogs, the flowers, the warm nighttime breezes, the fireflies, and days spent with my grandkids. And I will hug them each and every time they arrive and they leave – long and hard. I hope your personal isolation is over, or nearly over, for you dear reader, and that your arms are soon to be filled with the embrace of your loved ones. Stay well.