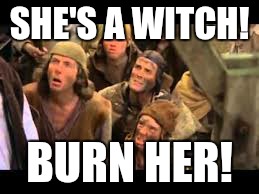 Here is my latest report on my great advice to keep scrolling, not read inflammatory posts on Facebook, and if you do by accident – don’t comment and move on. Not so good; that’s my report. Someone wrote a post last night that they were in the supermarket and “some old guy” wasn’t wearing a mask and he coughed. His wife kept saying it was just his asthma. But this person was not interested – she was outraged at the lack of decency of this man. As were most of the people who left comments; comments such as she should have gone to the store manager and had him removed. Wow. Old and asthmatic – let’s kick him out of the store!!

So I commented on the lack of compassion, lack of community, lack of neighborly love…and I was attacked for it, predictably. I was called ignorant among other things. Of course I knew better than to try to defend this guy. And frankly I wasn’t there – I didn’t witness the moment – maybe the cough was clearly not asthmatic and maybe the guy was a real jerk about it all – I don’t know. But it was not really the original poster that upset me – it was the people that jumped on the bandwagon and immediately threw him underneath it. It was their complete lack of caring and their total willingness to ostracize him – it reminded of the witch hunts in Salem or a number of movies that feature an unknown terro which turns people into the classic “us and them” and against each other, such as The Mist. Or, on the humorous side, the witch hunt in Monty Python’s The Holy Grail – “she’s a witch, burn her!!” “How do you know she’s a witch” “well….she turned me into a newt.”….that sort of thing. The mass hysteria that comes with fear and panic over the unknown.

Think about it, not necessarily this particular case because we don’t know all the true details, but in general. Picture this not only lasting another six months, but getting even more restrictive – now 15’ instead of 6’. Someone accidentally gets too close to the wrong person and the next thing you know they are pepper-sprayed or tased – or even shot. I hate to say it, but I see that coming….I see horrific acts of violence coming if this doesn’t lessen its grip on us and allow the country to take a giant exhale. Hard times, hard times indeed.

Regardless of all this, the monotony ticks on; we are both missing our kids and our grandkids – terribly. Sleep comes fitfully now, filled with thoughts of when we’ll see them again, hug them again. We went for a ride today, really to drop a big bagful of clothing off at a donation bin, but also just to get out and see what‘s going on out there. And, in fact, it is mostly like every other day has been for the last year: grocery stores are busy, home improvement stores are busy, parking lots are full, roads are busy. So much for staying at home it seems. Of course other places are empty, as mandated by the capricious “non-essential” classification. So some compliance there, but decreed by executive order, so….

People do well with goals – especially goals with a clear explanation of what and why. But people do not do well with nebulous unclear goals: “stay in your house.” Period. No clear explanation and no clear scope of time. The natural response is going to be “why? For what purpose? For how long? Why just some of the people? Why me and not my neighbor?” And this is during the mixed weather of late winter and early spring – wait until it’s been a few more weeks and the first taste of later spring and early summer come rolling along. People are going to flock outside, either surreptitiously or in overt defiance. I can see it coming and I have no idea how the different states will respond.

I recently read of a paddleboarder in Malibu who was out in the water, paddle boarding. The beach was closed, and I did not read how he got there: I don’t know if he parked in their lot and walked across the beach in defiance of the notices that the beach was closed or no. He may have walked or he may have paddled there – I don’t know. But he was in the water – the ocean – not on the beach. The life guards saw him and yelled at him to come in, which he ignored. So they called the police who sent a boat. And they brought him to shore, handcuffed him, and arrested him. Charge? Defying the orders of a life guard. Seriously. This guy was in open water, without a soul in thousands of feet in any direction and they handcuffed and arrested him. No six-foot separation there for him – they violated his safe zone and exposed him to all manner of risk between the handcuffing, the cruiser, the police station, and the booking area.

And therein lies one of my greatest fears; that our rights are being slowly removed under the guise of this virus. I certainly don’t believe that the virus was intentional as an evil plot to take away our rights – not at all. Nor do I think that slowly squeezing our freedom and rights is a planned and conscious effort. I think they are trying all sorts of things in an attempt to slow down the spread. (The necessity of taking such actions is still open to debate to me.) But as part of that, politicians who have had a set agenda on how to tackle social and philosophical issues (such as abortion, gun control, illegal aliens, etc.)  are finding some of the draconian measures being implemented as a possible means to an end for that agenda. I truly believe that a least a few have had the “aha moment” during the implementation of an order that terminates a right or liberty being done for infection control; a moment that makes them tilt their head a bit and wonder.

Kind of like as a kid and you grab a candy bar in the store to buy. Then you have to pick up something bulky, so you stick the candy bar in your pocket to free up your hands. The next thing you know you are outside and suddenly realize that the candy bar is still in your pocket and a little part of you goes…”wow, that was easy. Maybe….” Of course, being a good and decent child, you either went back inside and paid for the candy bar, or at the very least, never did it again. But there was that one brief moment. And I suspect that there may be some folks in our nation’s capital who are thinking…”wow, that was easy. Maybe….” Paranoid? Maybe, but not usually. I’ve seen politicians (both sides, both parties) do far worse through my years, so to me, it bears watching. This fight, this battle, could conceivably end up not having a thing to do with a virus and everything to do with our freedom and liberty. I hope I am wrong.

An example you ask? Oh, how about arresting priests and people for going to church to celebrate mass? How about arresting a solitary paddleboarder in the ocean? Oh, and this: in my state there is a 7-day waiting period to buy a handgun. You have to fill out the paperwork and wait seven days for the application to be approved or denied. Wait – it was a 7-day waiting period – it is now 30-days. Due to the virus. We’ll see if that is indeed temporary or if it becomes the new norm. The line between federal (or state) authority and personal rights has always been controversial and contentious. A couple of the ones that come immediately to mind are the national seatbelt law and the different states that adopted a helmet law for motorcycle riders. The government decided that their right to impose the requirement to buckle up or to wear a helmet superseded the individual’s right to chose to wear one or not. Some interesting months ahead of us all, I think.

On the mundane side of all this, I got all the fence posts up in the new garden, an exhausting day of hard labor. Post hole digging is hard work, exponentially so when you are trying to sink a post hole in soil as full of rocks as is mine. But after a long and physical day, all thirteen main posts are in. I still need to sink at least one more for the gate, once I decide where it is going. And I still have three untouched 50’ rolls of wire fencing yet to run out and fasten. But it is coming along and could be ready to plant early next week. And if you are a long-time reader, read last year’s saga of the corn, and are wondering if I plan to plant corn again? I don’t know. I suspect I will try it again but haven’t committed to doing so yet. We’ll see! Stay well dear reader!!