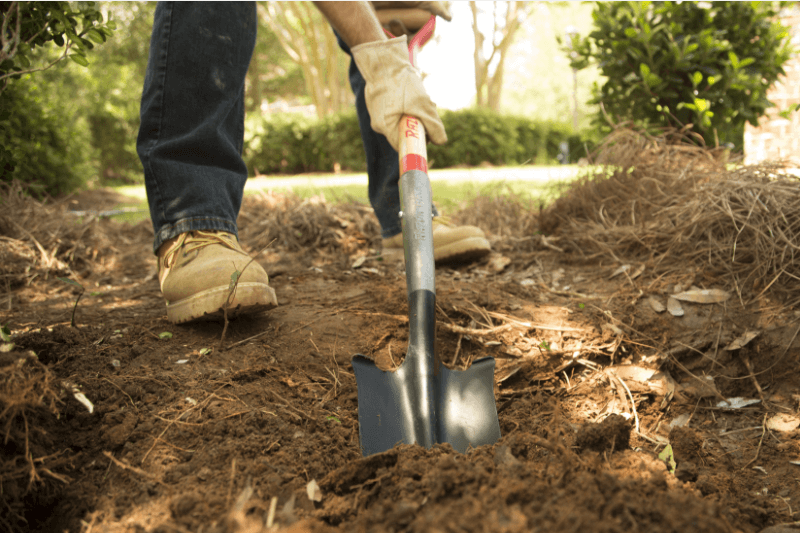 Easter was….different. No Easter breakfast, no egg coloring, no egg hunt, no contact. I did order a bunch of things and made up something for my wife, kids, and grandkids. Then we drove to their houses and left their Easter gifts on the doorstep and chatted through closed doors. So we at least got to see everyone, which is more than many out there were able to do. But none the less it was difficult; it was hard to see them and not be able to hug them. Count your blessings where you find them though….

That aside, Easter was much like any other day here; I spread more dirt in low areas of the yard…that sort of thing. We were not able to get a ham, so we had a nice pot roast for dinner. We are scheduled for a grocery delivery tomorrow and with any luck, our ham will be in that order so we’ll just have it late. It is an unusual life now – I am trying as hard as I can to minimize any possible risk of exposure to my wife, due to her asthma. I wear latex gloves to get the mail and then essentially quarantine it for 72 hrs, or open the urgent mail and disinfect it. I have only done no contact, curbside delivery – I have not been inside a store for over two weeks (and that was a small hardware store and I wore gloves the whole time). No take-out food either out of fear of contamination, although I think that we may do so at some point.

Which leads me to my current angst. This is, by all reports, an extremely contagious virus. It began with advice to merely “wash your hands” to stay safe. Over the next few weeks, it went from hand washing to staying six feet apart from each other, disinfecting everything, wearing gloves, wearing masks, and then isolation – this all morphing as they struggled to understand exactly how the virus is transmitted. And frankly, I am convinced that they still don’t know. If this virus is as highly contagious as currently indicated, we’d all have it by now. Think back three weeks or so – here we were seeing the virus in the area, but were all in stores shopping without gloves, without masks, and standing right next to each other. Yet there are only forty or so people known to have the virus in our town of almost 30,000 people. After all these weeks, only 40 something people. And yes….I’ve heard all the talk that there are ten more with the virus for every one positive test due to lack of testing. But we have almost unlimited drive-thru testing here and you don’t even need a doctor’s note. And even if that were true and there were 400 instead of 40 with the virus, that’s still only 1% of our population. Does it make any sense that only 1% are infected after all these weeks if this virus is indeed that virulent, that contagious? It does not to me; something else is afoot.

Currently there have been around 115,000 deaths from this virus worldwide and 22,000 in the US; horrific numbers…without perspective. But let’s compare. The 2009 H1N1 virus has varying estimates of moralities, but generally appears to be around 200,000 worldwide. The CDC estimates over 36,000 deaths in the US from the 2018-2019 flu season, which was similar to the 2012-2013 flu season fatalities. And in fact, in 2018 the CDC announced that 80,000 Americans died from the flu the previous year – the highest death toll in 40 years. Where was the social distancing? Where were the masks? Where was the ban on Easter gathering? Why are we jumping over the moon now and didn’t even blink an eye 18 months ago? What is different?

I don’t have an answer – I truly don’t. I have suspicions though, mostly centered on the media and their over-the-top hyping of this virus. But I still don’t know why they’re doing it. The reaction to this virus has fundamentally changed this entire country’s state of normalcy, and has severely damaged the economy and I am not clear on why. Part of me believes it is the infection rate of this virus coupled with its high mortality rate; that public health officials were convinced that it would overcome existing medical resources if left unchecked. And during an election year – no one wants that. No one wants images of dead and dying piled up in hallways, gymnasiums, and basements turning up in an election year. Harsh words, but it is my belief that at least part of the reactions are rooted in that.

What is true is that our society, our news media, loves exaggeration and sensationalism. I’ve written of this often, but look at how many storm of the centuries that have been hyped in just the last five years; the new way of describing storms as bomb-cyclones; even full moons, which are now given complex names such as super pink moon or super blood wolf moon. Really? Snowstorms that we wouldn’t have blinked at ten years ago now shut down schools before the first flake flies. We are a sensationalistic, hyperbole-driven, descriptively exaggerative, overreacting culture these days. And in light of that, I guess this reaction to the virus is predictable and expected. Doesn’t make it right though. And once you’ve picked your path, there is no second-guessing. People such as myself that feel we’ve blown this out of proportion and have overacted can never be proven right. When all is said and done, if the death toll from this outbreak turns out to be less than H1N1 or some other year’s flu death rate, advocates will claim that if not for the extreme measures, it would have been worse. I can hear the outcry now! But I maintain that we had weeks and weeks of lack of reaction before they rolled out the draconian measures and there are still only 40 people ill in my town. I just don’t see it.

Again – I don’t wish to minimize this virus; just one look at Italy or New York and you can see it is a potent virus. As opposed to the H1N1 or any of the other outbreaks in the recent past, this has been severely time compressed; rather than an entire flu season (typically late Fall into the Spring) this has been a whole lot in a short period of time. Hence the depletion and devastation to our medical supplies and resources. But given all that, it still seems like such a massive overreaction. And I temper my suspicions with the knowledge that is wasn’t just the US where I so severely mistrust our media; it was worldwide. Communists, Fascists, Socialists, Republics, Monarchies, and every other brand of rule have all reacted similarly leading me to believe that there has to be something to it; perhaps like how one would react to a river flooding versus to a tsunami. You have time to prepare and react to a flood, but there is no time with a tsunami. Much the same with this virus I am thinking….

Not that any of this matters – we are where we are regardless of the cause or reasons. How and why we got here are speculative and unimportant right now – we’ll let time and clearer thinking minds to work that out. What we need to do now is keep our perspective; that these are dark skies and rough waters, but the storm will pass; the sun will shine again and the waters will calm and glisten like a mirror. Summer is coming – swimming, cookouts, s’mores, and fireflies – good times. In the meantime, I will cut briars, spread loam, and fence in a garden. And until then, keep your hope afloat, keep your soul nurtured, keep your head above water, and keep your hands washed. Stay well dear reader!