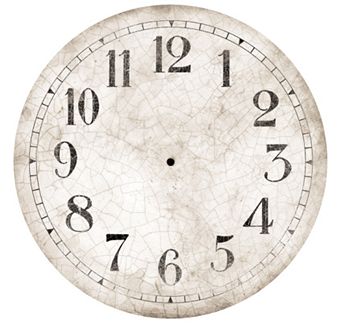 The endless days of confinement continue and are beginning to run together. I am thankful my watch has a day and date function so when I am unsure if it is Saturday or Sunday I can validate which day it is. Don’t get me wrong – it is a quiet and peaceful time. Traffic is dramatically down, it is quieter in the neighborhood, no errands to run, and almost no planes flying over anymore. Yardwork is the primary outdoor activity, when the weather allows it (which has not been often of late). And indoors it is mostly computer and TV. I did get the bedroom painted and continue to pick away at odds and ends, but those are things I could have / would have done anyway. And they are made all the more difficult due to the confinement: need some wall spackle – can’t just run out and grab it; burgers for supper but no rolls – can’t just run out and grab some. Everything is made just that much harder. But I am, no doubt, preaching to the choir here – I am sure each and every one of you are all having just as difficult a time with this, if not more so. I don’t mean to sound as if I am complaining, I am really just commenting….

Speaking of yardwork, I bought a wood chipper. It is not here yet, expecting it a day or so after Easter, but I am fiercely excited. Our lot is heavily wooded (less so due to the Gypsy Moths I’ve written of many times) and there are two things I always struggle to manage in the yard: leaves and branches. They are constant issues, literally year ‘round – especially the branches. I still have at least eight oaks that are dead due to the moths and there is a seemingly endless stream of branches being shed from them. In fact, the living trees also regularly shed branches. Add to that the four or five trees I’ve taken down, each of which had a huge number of branches. I typically only burn branches larger than 3” diameter. So I have huge piles of branches in several areas of the yard, tucked as much out of the way as possible. I also have two huge leaf piles that I add to every year. A wood chipper will resolve all these issues and will free up a lot of area in the yard. I will be busy for weeks and weeks once it arrives!

I’ve also begun work on the garden with plans for expansion in 2020. Yes, I will likely plant corn again, but will do so with the knowledge gained from last year – both varmint protection and timing of the crop. But I plan to at least double the area, possibly more than double. Area is not my issue, it is rocks. I cleared as much as I could last year but having 3.6 rocks for every shovelful was extremely limiting. I, of course, exaggerate a little, but it was rare to stick the shovel into the ground (once you cleared those nefarious bull briar roots) and to not hit a rock. And by rocks, I do not mean fist sized or cantaloupe sized, I mean watermelon sized, pillow sized, giant sized sack of dog food sized. Rocks that take hours to dig around and lever out of the ground. The biggest ones are beyond my ability to lift – those I have to roll. They were so time consuming that I ended up having to leave a bunch and to limit the size of my garden.

My start on the garden is earlier this year than last, so I have more time to fight the rocks. That work began yesterday and I got a half dozen or so out of the ground; two of them were the biggest rocks yet, so big that it is nearly impossible for me to even roll them. I need a better lever than I currently have. Right now I am using a 8’ length of 2”X6” but I actually snapped one yesterday on the biggest of the rocks; wood just doesn’t cut it. So when I ordered the wood chipper on line, I added a 6’ length of 1” dia. of black iron pipe to the order. The wood chipper is, as I mentioned, still a week out, but the pipe will be dropped off tomorrow. And I will be putting it to great use once it gets here as I still have easily a dozen large rocks that are still poking out of the ground now waiting to be removed.

This is a post interrupted; I was writing and despite the fact that I have not left the yard, left it incomplete for two days!!! To be fair, the weather broke and I felt the need to be out in the sun, working. I split and stacked wood, I dug rocks, and I began shoveling the five yards of loam and compost that was delivered (no contact delivery) yesterday. I excavated another eight or nine rocks; I was able to move all but one of them by rolling by hand. The largest was beyond my strength to do anything more than wiggle it. I ended up spending three hours moving it the 20’ or so I needed to be clear of the garden. I did some it using levers and fulcrums and I did the rest using a nylon strap and ratchet. It is actually the slack line I bought the grandkids but worked well as a Rube Goldberg come along. By the size of the rock and an online materials calculator it weighs around 1,100lbs. and I felt every ounce of while moving it!!

Of course, you can’t take that many rocks – that much volume – out of a piece of ground that is only 900sqft. (approx. 45’ x 20’). That many rocks coming out left the area low, so I had to dump a number of wheelbarrow loads of dirt into it to just get it roughly level again. And the garden is about as far from the driveway (where the loam was delivered) so every load is a strenuous and long trip. By the end of yesterday I could barely walk and I don’t mean that figuratively – I literally could hardly walk – legs, back, shoulders, arms, and hands were all aching and wanting to cramp. But dear reader, that is a good tired! That is the kind of tired you celebrate – you earned that sigh as you sit in a soft chair. The exhaustion that comes with a day of incredibly hard physical exertion is one of those secret rewards to be cherished. It feels good to be outside and to be exercising and sweating once again and yesterday was special in that regard.

I think you may well know this from previous posts, but every Wednesday is family night; my son, daughter in law, their kids, my daughter and her boyfriend, and often my niece all come over for dinner, On alternating weeks we send out for pizza and grinders and the off week either Teri or I cook. Let me clarify – she cooks, I grill. I happily do hot dogs and burgers on the grill but I do not cook! Anyway, that had to stop with the virus – it’s been three weeks now since the last family night. So tonight we are doing a virtual family night; everyone is going to order pizza and then we will all get together on Facetime to eat and talk. A novel solution to the novel virus!

Stay well dear reader! Get out in the sun if you can, rejoice in the coming of spring and the hope that this virus passes us by quickly and life can return to some modicum of normalcy. My thoughts and prayers to any of you who have been personally touched by this virus.