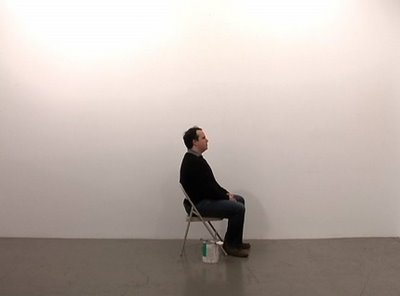 Well, not a lot to report dear reader. My state has gone into mandatory “stay in your house”, except to go to the store, to work, or for medical needs. As to the stores, all have been closed except grocery stores, construction/building supplies, auto repair stores, pharmacies, gun stores, and liquor stores. Yes. Feel free to go back and read that last sentence again, but you read it right the first time. Somehow liquor and guns are essential to surviving a pandemic, which I find fascination. My guess is that their inclusion on the essential list is more a concession to the expected uproar from the public were they declared non-essential than it is a factual reality.

I haven’t gone out to “roam” or look around but I am sure I will at some point. Images I have seen paint a dystopian landscape that, as a SciFi fan, I am sure I would like to see. But I did go out yesterday – twice. I am painting the bedroom (finally) and I needed paint. Our local paint store allows you to order online and then call when you arrive and they bring it out and load your order for you. In my case, it just went into the bed of the truck, so I never even had to open a door for it. But once I got home and got started it became clear that the roller I had purchased was inadequate for the job: a “popcorn” ceiling. If you are unfamiliar, these are textured stucco ceilings that make painting them painfully difficult. I had a roller with a ½” nap but it was just not doing the job so I had to run to the hardware store.

Of course, Teri was terrified (pun intended) with me actually going into a store, so my concession was to wear latex gloves the whole time and avoid people. This store, actually a store and lumber yard, does not do a booming business; they are small and so is their customer base. There was one person in there when I arrived and for most of the time in the store, it was just the store attendant and myself. I grabbed my roller (3/4” nap if you’re interested) and decided to grab a few more things I’ve found myself wanting: duct tape, a spade shovel, birdseed, and a couple of other things. Then once home, placed the items outside so she could spray them with Lysol while I washed my hands. Really nothing overtly burdensome, yet effective. (I hope!)

The bedroom I am painting did not exist when I bought the house. It is a three-bedroom ranch and we were a family of four, so it worked. For a while. The three bedrooms are all together at the south end of the house, which was nice when the kids were young. But as they grew, we all needed some space from each other. So I gave up my treasure two-car garage / man space and with interior walls, carved it up into spaces one of which became our new bedroom – at the opposite end of the house. Money was tight back then so I built it all myself, shopping bargains where I found them. It came out great, both aesthetically and functionally.

But it had not seen a drop of paint in all these years and was long overdue. So this was a great time to tackle that project. Frankly, I am spending more time moving furniture than actually painting, I think! I did not empty the room, but am moving the furniture from corner to corner in order to have some open space; tedious but effective. It surely beats trying to move all the furniture out of the room, down the hall, and then finding a place to store it while I paint.

Speaking of which, I expect to finish the painting today. Then? Hah!! Not sure yet….hiking is allowed, but the weather had been terrible – chilly and rainy. I have wood to split – in fact I have been splitting a couple of hours every day, at least up until the weather turned. I still plan to ride my bike more, and get out with the metal detector, but those are all weather-dependent. No matter, there is always something to do here; in fact as mentioned in my last post, the spring garden preparation work has begun. I still have an inordinate number of rocks to remove as part of my expansion plans, but that project is finally moving along as well. Next for that, after clearing the new ground and tilling it all, is to lay out the space and order material to fence it: posts, fencing etc. So there is no lack of things to do!

I will add to this, that I remain (not stubbornly, but resolutely) convinced that the news media is taking advantage of this pandemic to both sensationalize and politicize it to their own agenda. One case in point, a major news service recent aired footage of “the horrors” of this virus in a hospital in New York, showing people suffering, overcrowded rooms and hallways, and countless people hooked up to machines. The footage was part of a story about the horror of what New York is going through and of how we let them down. The problem is that the footage was actually film from Italy. They took footage from the area hardest hit in the world and misrepresented it as evidence that we failed New York as a country. While that may, or may not, be true, the intent of the story is completely lost and rendered moot by the deceitful action of using sensationalistic film. Every other story seems to be focused on how the Republican administration misspoke, reacted incorrectly, and is fiddling while Rome burns. Again, to clarify, while I am probably more conservative in my views than not, I am neither Democrat nor Republican; I vote my conscience based upon each candidate’s policy and platform. So I am not trying to defend or protect based on party lines. What I am railing against is irresponsible journalism, sensationalizing news for a private agenda, misrepresentation of facts (or altering them to suit the need), and subjective news reporting versus objective reporting. (Rant done!)

While surfing the web the other night, I came across a website called My Classmates. It allows you to search by your town and then school and then year, to see news on other classmates. But to see anything of substance, you need to sign up and pay a fee. After wrestling with the whole idea, I eventually signed up and found that classmates had “looked for me” on the website, including one I always enjoyed being around, so I sent him a message. I haven’t seen nor heard of him since June 1974 yet now here we are exchanging texts catching up. Very cool! And he provided me contact info for a couple of other classmates who I will also reach out to over the coming days.

I have, more than occasionally, been somewhat of a critic of social media; but lie everything else in the world, it is a double-edged sword. It is easy to fall into the negative side of social media, but there is a good with it as well – especially during a time like this. Using FaceBook I have been able to remain connected with people from work since my retirement; something I could not do without social media. And this example of finding a classmate from 46 years ago. And most especially, my grandkids. For years and years, we have them over for the weekend. And every Sunday I load whoever was here (sometimes just the boys and sometimes all three) into the truck and drive them home. And on that ride home, I tell a story. I have told a story every drive home for at least six years now, probably more. At first only the oldest really listened or enjoyed it, but as Tal got older, he began enjoying them as well. And now my little granddaughter is hooked! So this past weekend was possibly the first that they didn’t come over to our house, not just for a sleepover but at all, in each of their lifetimes. And this past Sunday was the first where we didn’t have a story on the drive home. So I climbed into my truck and I connected to them with FaceTime and told them a story anyway. And I will do that every Sunday until we are back to our routine.

I will make one final comment, one observation, on this post before concluding it. Watching the comments on FaceBook in our town community group, there is (as I wrote about just a couple of posts ago) an ever-increasing chasm in society. There was great hope among many people that this crisis would help mend and heal the division in our society, but I fear that may not be a viable hope. Now that we are on a mandated shelter in place order, the group has lit up with posts and comments on how people are behaving – predictably divided into two camps. One side complaining about infringement of constitutional rights and freedoms, or about it all being a conspiracy, and the other side about all the idiots out there disregarding the rules. It actually came down to people posting photos (taken from their car) of other people standing in line at an ice cream or donut takeout window who were closer than six feet apart. And calling them out for being stupid and reckless. This despite the fact that takeout window service is still permitted and in fact, encouraged. Posts with pictures of people walking in the park calling them out for being careless and endangering everyone else! This despite the fact that outdoor exercise is still permitted and in fact, encouraged. Even with the mountain of adversity and uncertainty facing us all, rather than coming together, people are turning on each other. The double-bell curve – it’s a real thing.

The solution? Scroll furiously when on social media – don’t play along, don’t get sucked into those posts with which you disagree or that upset you. Focus on the positive, the good, on the acts and deeds out there being done to help and to heal. Do not watch the news, at least at length; it is mental water-boarding and will drive you to depression and despair. Don’t look to see how many people died today, look to see how many recovered instead (currently 174,019). Bathe in that which offers peace, hope, and contentment and shun the negative. And try to get out into the sunshine – safely. Stay well dear reader!