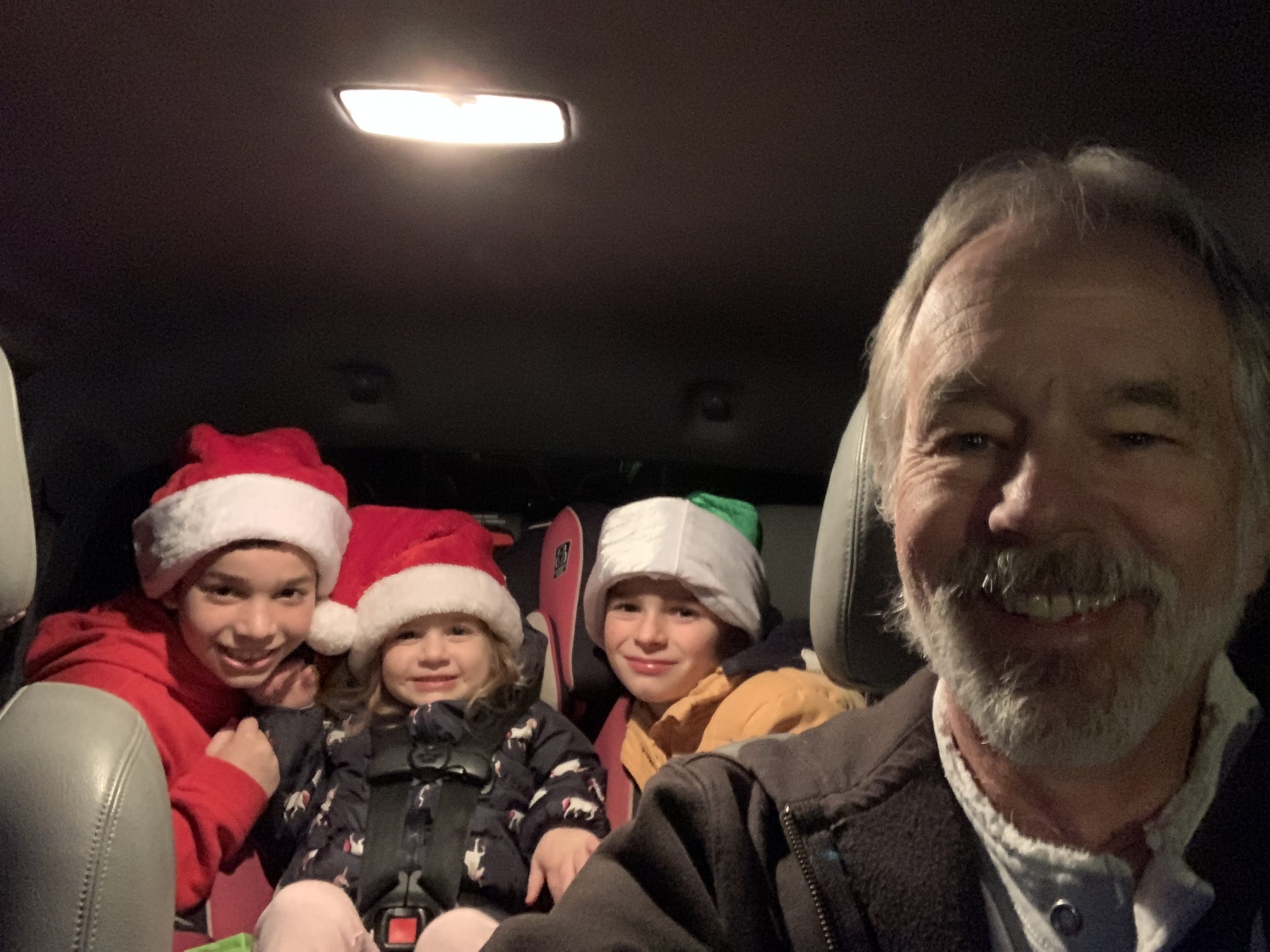 So I had an interesting conversation yesterday with my eight-year old grandson, later followed by a similar one with the ten-year old. I ran out to pick up something for supper and the eight-year old decided to come along; he is often my first mate and chief navigator on trips to the store when they boys are over. While we were driving along he was chattering away as usual and out of the blue he says: “So Papa, when are you going to <ah..ahem…arghh…bllek…grrrr…>?” I laughed and asked “What?” and he again replied with throat clearing, muttering, and murmuring. And then I got it; he was asking when I was going to die. Don’t get me wrong here – it was not abashedly or hesitantly asked and there was no real discomfort in him – the throat clearing muttering was actually a comedic tool – he was asking a serious question but taking the edge off with humor.

Laughing, I went on to explain that, being in decent shape, no terribly bad habits, no chronic conditions, and based upon statistics, that I would probably live to somewhere between 85 and 93 – around another twenty or twenty-five years. He went on to do some math and ponder how old he would be and how old his brother would be. And it pretty much ended there, he didn’t have any more questions and went off on another topic. Later in the night I was telling Teri about it and the ten-year old was listening and he had some questions of his own on possible the timing of our death. The conversation was open, light, and airy and didn’t last long – they both seemed satisfied with response, probably because to them, twenty or so years seems like an eternity. It is twice as long as the ten-year old has been alive, so it is two lifetimes to him. But of course, to me (perspective again dear reader) twenty years is only around a quarter of my lifespan, meaning that I am three quarters done – only 25% left – if I am lucky.

I don’t write this with a fatalistic point of view; it has been a long and absolutely magical journey so far, made all the better with the thought that there is still a lot yet to come. And not having to work any more is just the icing on the cake. Although there is little doubt I’d have preferred to take the “no work” part through the earlier years rather than the later; physical deterioration tends to limit where your adventures will take you! None the less I remain excited and enthused for what memories I will accrue in the last part of my life. That assuming, of course, that nothing unexpected intervenes in this grand plan to get to 90 or so.

But what I find fascinating is how my grandsons are beginning to recognize the inevitable reality that they will lose their grandparents. They lost pets, seen friends lose pets and even grandparents, but haven’t seen it in the family yet. They know they lost their great-grandparents at an age too young for them to remember, but they see pictures and are told stories, so they know there was a loss. When we were all younger, and my first grandson came along, living long enough to ensure he would remember me became the most important thing in my life – it is why I managed to quit smoking after almost fifty years of the habit. I needed to do everything I could to try to live deep enough into his life so that he would know me, and would have genuine memories of me. And then the second grandson arrived and pushed the time line out even farther for the same reason.

If you’ve read me dear reader, you know I was deposited into an orphanage at birth. So there is, of course, zero memory of my birth parents. Then, at five, I lost my mom who had adopted me, and I really don’t have any memory of her. In my personal experience, I think you need to be at least eight or nine before you have concrete memories of someone when they die. My grandsons are now eight and ten and I think, I hope, they are far along enough in their timeline that I am implanted and they will always have good memories of how much I loved them and enjoyed them. But my darling little granddaughter is only four, so I need at least five more years for her memories to solidify as well. How lucky am I?

But, like all things in life, there is a duality here – a second darker side – that contradicts the first. The longer and more fully I am in their lives, the harder the loss will be for them. And I hate that. I don’t want them to mourn me when that time finally arrives; and there is the duality of love. By loving them and filling them with memories, I involuntarily place the burden of loss and grief upon them. Better to have loved and lost…..? It was my wish to live long enough to always be a part of their conscious mind and I’ve done that, but at the price of them now recognizing they can – will – lose me.

Ultimately there is no right answer and frankly, it is beyond my control anyway. I am a leaf blowing in the ethereal angel’s breath of life’s wind. I fervently believe that it is better to fill their years with me with unconditional love and warm memories and deal with the loss when it happens, then not. I have no concrete memories of my mom, only indistinct hazy flashes that may, or may not, be real. I would dearly love just a couple of memories of our time together, however brief. And I am glad that I have done just that for my grandsons and hope to do the same my granddaughter.

Hearing them tentatively probing how old I am and how long I may be around was uncomfortable knowing their fear. But being here to answer their questions and ease their concerns is so much better than the alternative. Hug your little ones dear reader – hug them and love them like there is no tomorrow because someday, a day we never see coming, there will be no tomorrow. Now go make some memories!