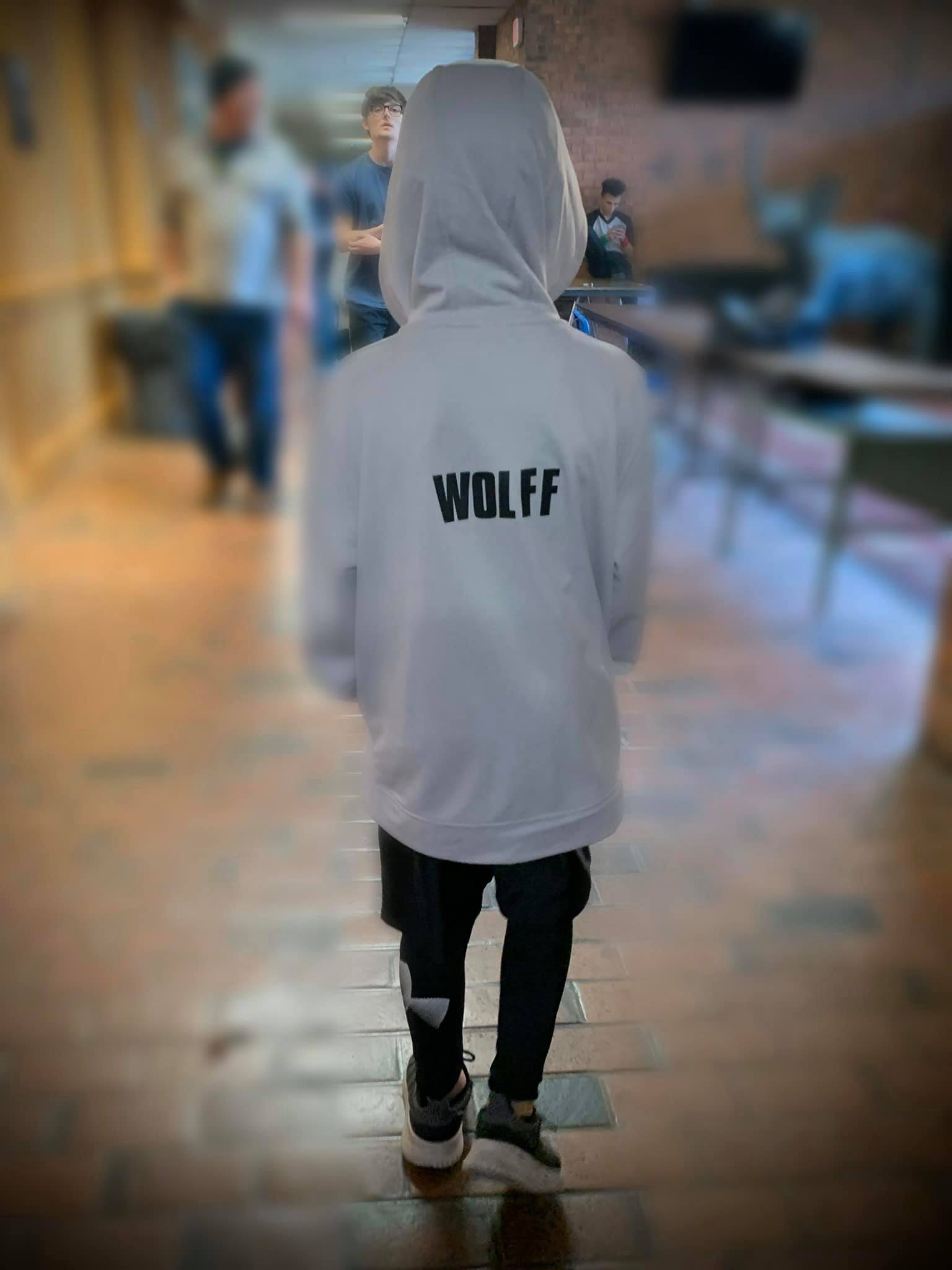 Another wrestling tournament – the last of the year: the state championships. Only my older grandson went; the younger did not wish to go and made no sense to force him into it. Which, by the way, turned out to be a good thing because he woke up with a temperature and feeling really ill in the morning so he couldn’t have gone anyway.

Being the states, there were more people there than we had seen in previous tournaments to both wrestle and spectate, so it was a wild and noisy place – complete chaos. First time for my grandson at such a boisterous venue, his first states; second for my son, and third time for me. It doesn’t get easier…. Wrestling, alone with your opponent in the square circle is daunting, intimidating even. Thousands of eyes upon you, people yelling and screaming; it is an assault on the senses, yet your immediate need is to focus on your adversary, to remember what you’ve learned, and to fight to win. Everything else needs to be blocked out – a mental magnifying glass if you will – to focus your mind and body on solely the moment about to unfold. Focus, concentration, the ability to turn the knobs and flip the switches of all external inputs that serve to do nothing but distract, is a crucial skill in wrestling, but also in life.

Every successive match brought screaming and cheers, followed by jubilation or tears. These young boys and girls take their objective seriously – they take it to heart. And when they fail their mission, miss their objective, they leave the mat emotionally ravaged. One poor child dropped prone and couldn’t will himself back to his feet to leave the mat after losing a match he had been winning throughout. The emotional rope is long in these moments and as such, it allows an abnormally wide swing between the polar ends.

And this is another great teaching moment of wrestling; as Jim McKay used to announce every Saturday at the start of The Wide World of Sports: the joy of victory and the agony of defeat. It is a microcosm of life. We will, invariably, experience wins and losses throughout our lives. Balance through both is critical to living well. Focus too heavily on the losses and you become a sorry Charlie walking through life with head bent down, bemoaning your bad luck and the unfairness of life. And focusing in on the victories makes one an insufferably arrogant person offering little to entice others to join company. The balanced person will mourn their losses and celebrate their victories, but with control and restraint. With every loss comes a memory of a past victory, and with every win, a memory of a previous defeat. Balance. And my grandson learned all that this day. He lost matches and he won matches and though there were tears, there were also smiles. There was balance.

But there are other lessons, harsher ones that cut more deeply than a singular loss. Life is not fair. And the sooner we learn that lesson, the better our chances to a happy journey through life. Bad things happen, indiscriminately; it is one of the anomalies of life. There is no avoiding it, no amount preparation and planning can help one avoid a misstep created by the vagaries of life. My grandson used a move called a headlock, earning him two points for a takedown. It led to a back exposure of his opponent which is worth either two or three points depending upon the duration the opponent’s back is on the mat. His opponent then rolled through it and out and they ended up on their feet again, resulting in a point to the opponent. At that point the computer on the scoring table went down. When the dust had settled, Robbie should have been leading 6-2. But the points for the back exposure were never awarded; not three or not even two – he got none for it. Ultimately, he lost the match by one point; had either the three, or even the two points, been awarded as deserved, he would have won this match. But he didn’t. He was devastated that he had lost, more so when he learned he had gotten no points for the back exposure and that those point would have given him the win. But that is wrestling and that is life. Bad things happen. The points were not awarded and he did not win. The kid that did win went on the consolation finals where he would wrestle with the 3rd place medal to the winner.

But we weren’t done learning yet; wrestling had another life lesson to teach. Through his tears after the match, Robbie told us that he had let go and allowed the kid to escape the headlock. As fate had it, he ended up wrestling a teammate in this match. A kid he wrestled in every practice, three days a week, for the last thee months. They are teammates and they are friends. And during the headlock his teammate cried out that Robbie was hurting his arm in the headlock. And Robbie chose compassion over aggression. He felt badly about hurting a teammate, a friend, and he release the hold. A great number of wrestling holds hurt – that’s sort of the point to them. They rarely cause any real damage, but they sure feel as if they are. In any other match against any other opponent, I have no doubt but that Robbie would have maintained his hold and pinned his opponent. But being a friend, he let him out. I have no doubt Robbie still thought he would win the match and letting him escape was no big deal. But it ended up costing him the win, and probably 3rd place as he was far better than the kid he would have had to wrestle had he advanced.

What do you say to a child who demonstrated compassion and lost a match as a result? In wrestling you are taught to go full speed, full ahead, no sympathy for your opponent – at least during the match. If there is an safety issue, a danger, the referee will instantly step in and stop the action to protect the wrestler. You are taught to go impose your will on your opponent until that whistle blows. But a teammate? A friend? That’s a tough one. And as much as my machismo and testosterone make me want to teach him to be tough and callous and a force to be reckoned with on the mat, the fabric of my soul wants more for him to be caring and compassionate.

I was so proud of him in how he wrestled – his growth in physical ability, mental toughness, repertoire of moves and countermoves, and endurance in just three months is astounding and clearly showed in his wrestling. But all that waned, at least for me, when he admitted his “moment of weakness” and released his opponent, his friend, from the hold. That compassion will carry him much further (and more successfully) through life than would have a bronze medal in a wrestling match. I could not have been prouder.