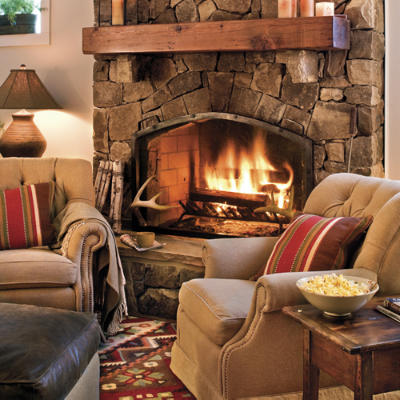 I think I’ve gotten lazy. I sit in this chair and watch TV or play on my computer. I haven’t gotten out to hike in a long time, despite the fact that the weather has not been unpleasantly cold with this disconcertedly mild winter. And though I had plans to use my metal detector often, it sits and collects dust. Don’t get me wrong – we get out; shopping of one sort or another several times a week; out to eat twice a week; to the movies several times a month – so it is not all chair time. And I still get out in the yard to do odds and end, mostly firewood related. In fact, I just moved six or seven wheelbarrow loads of wood this morning. But now I am sitting again; and bemoaning that fact here, now, with this missive. Odd creatures we are! (Or at least am I.)

The human mind is deceptively clever at rationalization; it can convince us of most anything it wants. That is to say, anything that we want but won’t immediately allow ourselves. A good example of this is the eternal battle of the unholy trilogy: weight, food, and exercise. I know this is rudimentary, but it bears a moment of discussion.

Food contains calories, in varying amounts according to the ingredients. There is precious little in the food category that has no calories – celery has next to none for example. On the other hand a burger at a restaurant can run you one thousand calories alone, never mind the fries and drink. And sadly, depending on ingredients and dressing, a salad can rival that burger in caloric value. I say “sadly” because people often order a salad thinking they are eating healthy and low calorie. It is mind boggling how many calories are in some foods when you examine the caloric content of them.

So we humans, many of us anyway, look at food and grossly underestimate the calories in it (“Well, it’s a small donut so it can’t be more than 100 calories”), and we walk for 20 minutes and grossly overestimate the amount of calories we just burned (“Well that walk just burned off that donut I ate this morning”). And many of us eat like we were still 25 even though we’re over 50 now. The end result is we gain weight and don’t understand why.

But it gets worse. We look at a cookie and want it but know we shouldn’t. And then our mind rationalizes for us, without it even being asked to; “well, it’s a small cookie and I had a diet soda with lunch….and I will be moving those boxes up into the attic Saturday and that will burn a lot of calories, so one cookie won’t hurt”. And without a second thought, we eat the cookie. The mind’s power of rationalizing and enabling behaviors with bad consequence is astounding!

Forewarned is forearmed as they say – if you’ve been told about it beforehand, you are armed and prepared for when it happens. So as I sit in this chair and type, I am fully aware of how my mind is hard at work justifying the seat-time. Just witness my sixth sentence in this: “In fact, I just moved six or seven wheelbarrow loads of wood this morning.” How’s that for classic rationalization? So those loads of wood probably weighed around 500lbs per load since there were six or seven loads, that’s between 3000 and 4000lbs. Easy to make yourself believe you burned off the whole day’s food intake and you can relax and sit for a while. But the reality is that I probably didn’t even burn 200 calories doing that. And I am burning nothing sitting here typing. And I will go out to eat tonight and will likely take in close to 2000 calories, if not more, depending upon what I choose from the menu. So despite the best efforts of my brain to make me feel justified to sit here, I know I will gain a little bit of weight for it.

But where it gets hazy for me is this: I worked my ass off for the last 45 years or so. Often ten, twelve, or even fourteen-hour days and often six or seven days a week. And for many years, it was hard physical labor in extremely difficult and arduous conditions. And the final 20 years, while less physical, weighed heavily with responsibility and stress. I feel, very strongly, that I have earned the right to park my ass in this chair and sit. And to bolster that, I spent everyday outside doing something the first six or seven months after I retired: wood cutting, wood splitting, hiking, digging rocks out of the ground, clearing those damned bull briars, and so on. And not for a half hour here or there, but for five and six hours at a clip – in the summer sun. So I think I deserve to sit for a while…I just need to be sure I am right in thinking that and it is not my mind rationalizing my choice. Think I need to sit and ponder this for a while!

Ultimately, dear reader, I know I am not lazy. And I know that everything in life requires balance including resting and working, eating and exercising, and a million other things. But knowing how easy it is to fall into a bad habit or poor routine, I try to shut off my mind and view myself – my behaviors – from afar, objectively. As I have written in the past, from Socrates: “The unexamined life is not worth living.” We should all take a moment from time to time to examine our current station and decide, objectively, if we are living as we should. It is never too late to make a course correction.