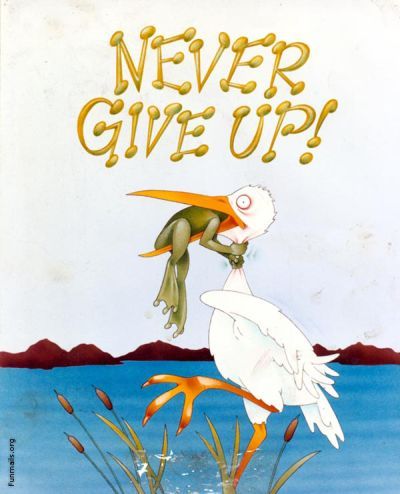 A video game led to this post; I was watching my two grandsons – well, actually playing with as well as watching – in the video gaming phenomenon “Fortnite” last night. The game is a massive multi-player online comic warfare fighting game; hard to describe. It allows for teams and squads to fight with or against each other on an island. You search and find weapons, you harvest materials such as wood and stone to build walls, ramps, or towers, and you find shielding and ammo hidden in chests throughout the map. It is completely non-graphic with regards to violence and in many of the play modes, the character respawns to fight again, while in the other modes the match is over and character is returned to the lobby to play again in a different match. You can also “dress” your character in “skins”, which are exotically cartoonish costumes that often follow the current theme of game: Star Wars recently.

When “hit”, your character may flat out die, or may be knocked down in which a countdown timer begins; if a teammate reaches you before the timer counts down, they can revive you. During this match I was hit and was down. My grandson told me that he would come over to help me and revive me. I said no, don’t bother, to keep fighting and not worry about me as the timer was about to expire and he would have to travel a long way through an area filled with the enemy team; that he should go on and try to win the match. But he insisted and he ended up being killed as well – game over. I, of course, felt bad that he had died trying to save me and apologized for making him lose the match. He was very upset that he had been killed and had failed to get to me and he apologized to me! And it was then that the seed of this post was born.

For me, it was just another match – I really didn’t care if I placed 1st, 20th, or last – it is just a game and I was playing primarily so I could play with my grandsons. But for him it was a contest; a test of skill and ability; which is what most of these games are to young folks – early battles in which they can safely test their skills and their limits, hone their skills in competition. Don’t get me wrong, the games are more than that; they develop eye-hand coordination, the fundamentals of teamwork, social interaction, strategic thinking, and cause & effect consequences, all in a safe environment. They can also be profitable: the winner of the 2019 Fortnite Tournament held in NY was a 16yo boy who walked away with the $3 million prize!

Back to the topic at hand. My grandson chose to attempt to revive his teammate rather than go on to try to win alone because that is what teammates do; it is how he learned the game and how he learned the rules of engagement in this mock battle. It is what a teammate is supposed to do. It is also the foundation of altruism, heroism, and selflessness. In various matches over time, both my grandsons have gone back into the thick of the fight to try to revive me or another teammate and I am so proud of them for embracing that ethic in their personal repertoire of values. The policeman that steps between the victim and the aggressor, the fireman that runs into the burning building, and the solider who runs back into the battle to carry out his buddy are all people who embrace these same values.

But there is more here than that – so much more. While just a game, it – their behavior – is a model for life. As I have explained to them many times, they are going to lose – no one is unbeatable – no one is going to win all the time. It just does not happen. Yes, there are some rare elite athletes who manage to end a career without a defeat, but given time, someone would have eventually defeated them. And taking it up several levels higher, no one leaves life undefeated – we all end up dead. And while that elite athlete may have escaped defeat for their career, I guarantee you that they lost elsewhere: other sports, games, cards, lotteries, or love. They surely lost somewhere along the way, it is a given, a fact of life. And I want my grandsons to know that; to know they are going to lose.

But my point is not about accepting loss easily or otherwise, only that it will happen, that it is inevitable. We always strive, fight, to win, but that will not always be the end result. And I want them to know that. But at the same time, I don’t want them to stop fighting to the end. You see, our goal should NOT to be unbeatable, it should be to ALWAYS be unstoppable. You never stop trying, you never give up. Yes, you will not always succeed, but you will not stop trying until there is nothing left. That should be our goal. It is a lesson that will serve them well through life, as it has served me well through mine.

I recall starting the cross-country season in high school with brand new shoes and quickly developed blisters; I am sure that if you have read my posts, you will have read this story, this analogy, of the bleeding feet more than once (Age is Inevitable, Naturally and The Fog Thickens). But it is exactly about that, about not stopping, about not giving up. Despite the hardship, the discomfort, the difficulty, or the odds – we have to keep trying, to not stop and give up. No matter the “game”, the task. We are all given deadlines in our lives, everything has a time limit: all challenges are bracketed with time constraints. We usually don’t consider just stopping and giving up, but there are times we do, during the toughest of times perhaps. And those people who achieve, who succeed, who rise and flourish, are the ones who don’t ever give up. They are unstoppable, not unbeatable. I’ve been beaten many times at work and in life overall, but have never given up, never stopped fighting. (Although I have wrestled with the idea that retiring was essentially giving up, a theme I still have not fully reconciled with myself.)

My grandsons are young, cubs still, just beginning to learn the rules of engagement of life. But they are learning an extremely important lesson early. And I expect, I know, that it will carry them to great successes throughout their life as long as they hold that value close to their hearts. And dear reader, please consider that in your daily life, whatever personal battle you may be waging. Yes, sometimes you will lose, but never stop fighting, never stop trying, never give up. Whether it is to complete a report for school or work, to lose 10 lbs., to exercise more, or to quit smoking – whatever your personal challenge is, you have no chance of winning if you stop and give up. But if you keep trying, keep fighting? You may surprise yourself with the fight within you! And above all else, please teach your children that they are not unbeatable but that they should always be unstoppable.