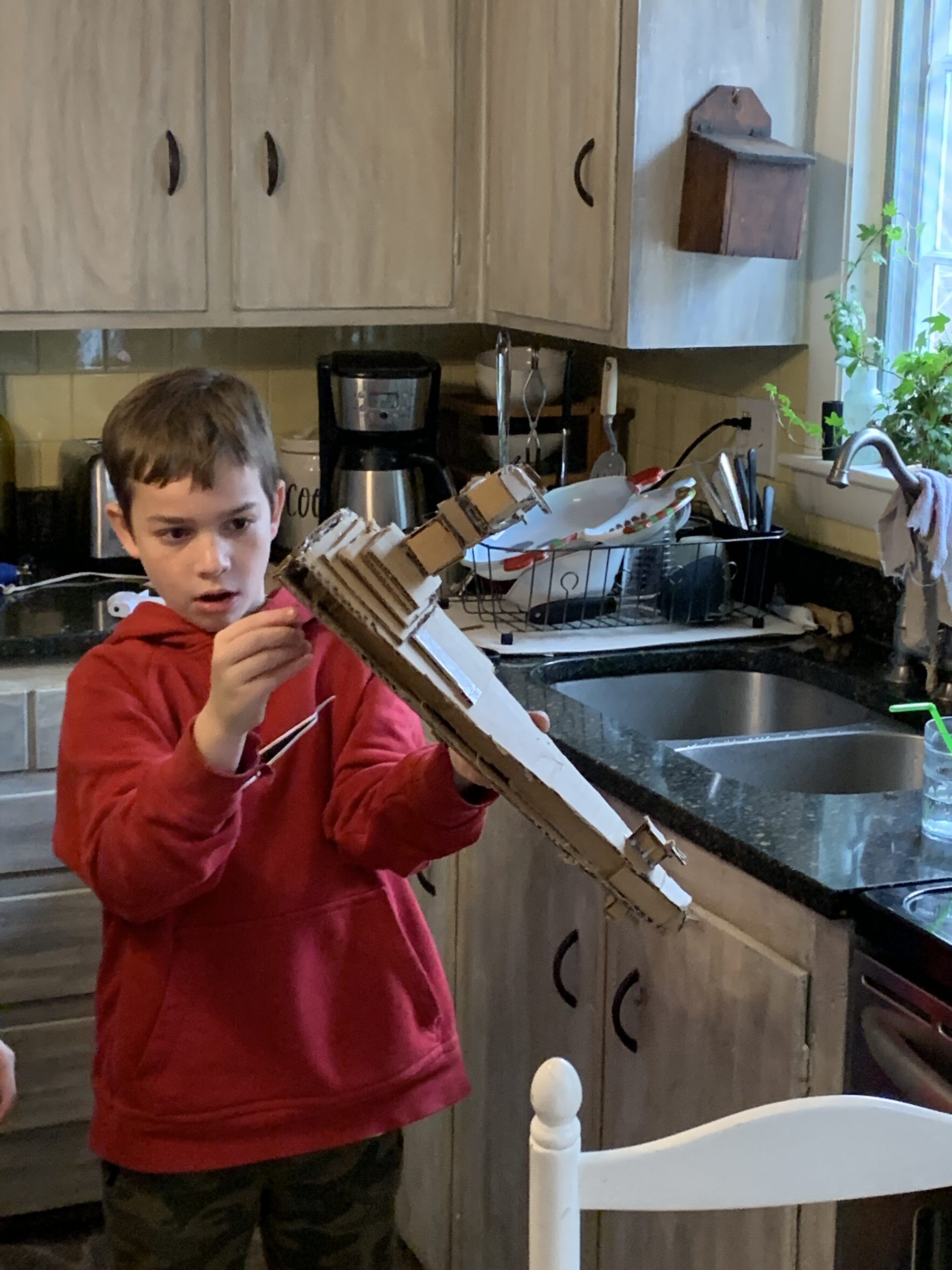 I am happy to say that my PC is healthy and functional once again – Windows 10 successfully reinstalled and most of my “stuff” is back – the important “stuff” anyway. I will say that it is like a new machine: quick, responsive, and actually zippy! The reboot time is under a minute whereas it had been so long I had time to go make coffee and drink three cups while waiting…

Just in time too – with Christmas only two weeks away. I do 99% of our shopping online; I swear I am on Amazon so much and so often that the web has set aside a dedicated T3 line just for my shopping!! Of course online shopping means deliveries: UPS, FedEx, USPS, and a host of other trucks all dropping off the fruits of my browsing. And that means only one thing (well two actually): cardboard boxes and packing material. With regards to the latter, happily industry is slowly coming to recognizing how severely damaging their packing materials are to the environment: Styrofoam in a thousand different ways – peanuts, panels, molded – well…..let’s just say Styrofoam. And countless attempts to find another way to cushion and protect the goods. None of which were tremendously effective or environmentally friendly. The latest trend is the use of paper – copious amounts of it crumpled up to protect the shipment, often coupled with plastic bags inflated like balloons. Not perfect but I think an improvement. Perhaps a better solution is to improve the handling and shipment of the goods rather than trying to compensate for a weak method of getting the goods to the consumer…..

Once the boxes have been relieved of their contents, they remain just as large, bulky, and cumbersome as when they were still packed. At least with the new packaging I can use the paper for tinder while building a fire. And the plastic balloons pop and become quite small and manageable. I can recall filling three and even four large garbage bags with nothing but packing materials in year past, so a decided improvement. But the boxes….they remain as big as ever and difficult to dispose of. So as soon as they are emptied, I pull out the razor cutter and begin slicing them into pieces for recycling. This time of year there are so many that I end up using one, or even two, of the boxes to hold all the cut pieces of the other boxes.

To me, the cut-up pieces are less of a nuisance than the actual boxes because once cut and collapsed they take up far less room than before, but I still have 2’ high stacks of approx. 16” square pieces of cardboard to deal with until recycling time, so still a nuisance. The stacks find homes anyplace I can make room and balance them, perched on paint cans or the table saw or some other similar resting place until it is time to go out to the street for the recycling truck. And as I walk past them, move them as I need, and generally work around them, they are merely remnants of what they were and nothing else. A stack of refuse.

My 10 year old grandson has a different view. He called out to me from his room the other day, asking if I had any cardboard. Smiling, I led him to my workshop where I had several stacks of cut-up boxes… and his eyes lit up. “Exactly what I needed Papa” he exclaimed, “Can I have some?” I told him to take all he wanted and I might as well have told him Christmas was tomorrow; he was ecstatic. Next I heard him rummaging in the drawer for scissors and then his door slam shut and he was gone. An hour later he came out with an armful of cardboard pieces looking for the hot glue gun. And when he was done, he had fashioned a cardboard Imperial Star Destroyer from Star Wars. And it was amazing.

What is it they say? “One man’s junk is another man’s treasure.” All I saw was a stack of recyclable waste while he saw the space ship hiding within the stack. And this in the generation of cyber-kids – the ones who cut their teeth on iPads and smartphones – the ones boomers ask to reconnect their WiFi when it goes down. Oh he used technology – he used the iPad to show him pictures of the star destroyer while he drew it, cut it, and glued it piece by piece from that stack of cardboard. I was in awe of his vision, his creativity, his imagination, and his craftsmanship in the execution. All in all it took him two days to complete, with intermittent help from his brother and his cousin. But overall, it was his thought, his vision, his plan, and his skill that wrought a star destroyer from a stack of cardboard.

I wonder, dear reader, how often we all pass by something – or someone – that we see as useless or as “less than” and completely miss the value offered by imagination and re-purposing. How often we don’t see the destroyer hiding in the stack of cardboard. At the tender age of ten, my grandson reminded me that we have to have an open mind and the patience to see what may be hiding within something we consider spent, as waste.

I began this post talking about my computer, about technology. And in a household filled with smartphones, iPads, Xbox games, and laptops, a child showed the old man that imagination and creativity are alive and well. Never lose sight of that lesson dear reader, I know I won’t!