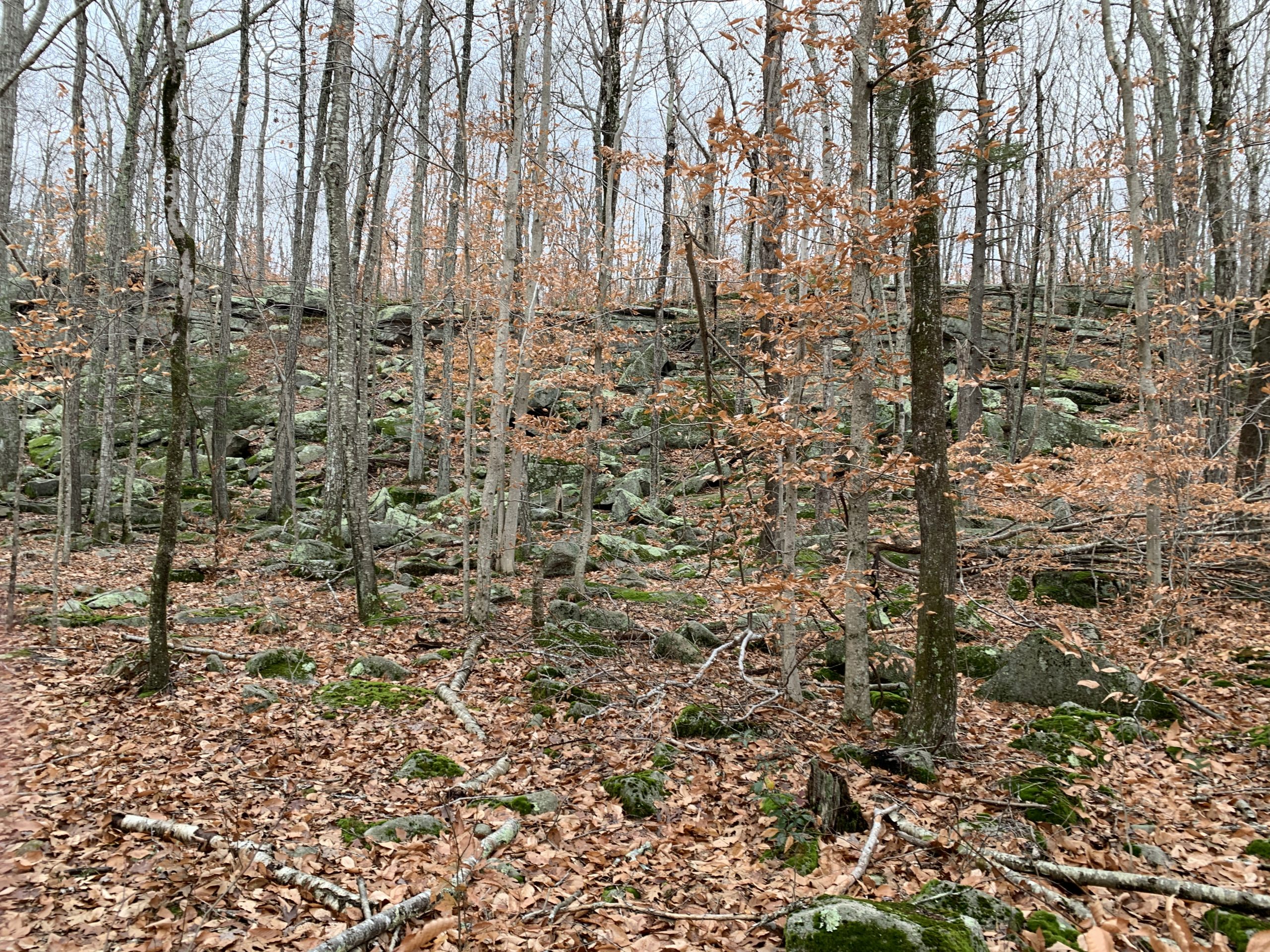 I got out on a 10 mile hike yesterday, my first in well over a month. The last hike was marked by the vivid transition into autumn while yesterday’s hike clearly demonstrated that, not only did autumn arrive but that winter is upon us – at least from the perspective of the forest. Mother Nature has fully opened her robes of green to reveal the bones of the woods; aside from the coniferous patches of white pine or mountain laurel, the woods are dominated with shades of grey. The trees stand bare, looking dead and barren, with only the oaks still possessing a few dry brown leaves still holding on to their branches. The sky was, fittingly, grey; a classic November sky which only served to enhance the mystic of the winter woods.

As the woods are laid bare, you see things that you never saw through the spring, summer, or fall. The masking of the massive vegetation growth is gone and the features hidden through most of the year are now visible. There were streams, ponds, and springs that had been hidden from sight. Hills, cliffs, and ridges sprang to view. Stone walls I never knew existed now ramble on in sight for miles. So much is now visible that it actually becomes like a new hike!

But what was unexpected was the quiet. We are all familiar with what happens when we take everything out of a room, to paint it or install a floor or when we move. An empty room echoes – loudly – objects absorb sound and dampen the echoes. So the expectation would be the same in the woods: lose all that vegetation and you think it would be louder. But it is actually the opposite – the bare winter woods are silent, eerily so. The silence is overwhelming in fact. Perhaps it is because most all of the animal life has either migrated or are in hibernation, there was almost no life to be seen aside from a bird or two.

I think, though, what I saw as odd – the silence – may be as much perceptual as factual. The summer woods are also rather quiet and serene. But there are also dirt bikes, bicycles, hikers, and canoers; there are people in the woods and they all make noise, at least to some extent. I suspect that the lack of humans in the forest, coupled with the diminished bird and animal population result in a quieter woods, which given the already stark and mysterious barren landscape, lead one to feel the silence as more than it truly is. That all aside, the winter woods are as lovely as when full and lush in the summer, and at least to this observer, are actually a bit more magical.

And I think that is an understandable reaction: to find the bare woods more magical. When all the trappings and ornaments have been stripped away and we can really see what is underneath, what is real, and what it is built upon, we understand it better. And much the same with humans; when we manage to get through the masks, the posturing, the public persona, and we finally get to see the real person underneath – the laid bare soul – we invariably find greater joy and pleasure with them. Think about that dear reader and then look deeper at those closer to you – see their winter woods and luxuriate in that magic.