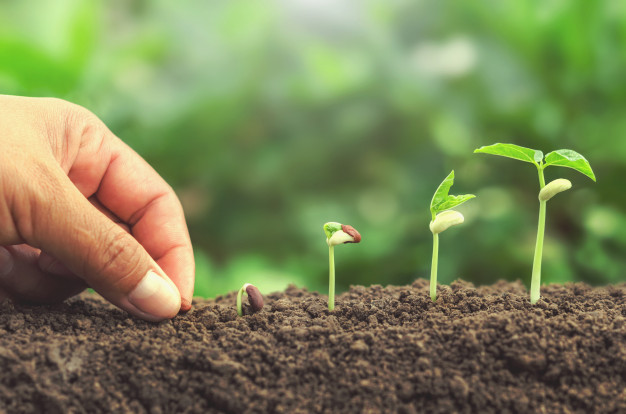 I just read a meme on the web that stated “your future self is spying on you through memories.” Quite clever, one of those “shower thoughts” moments. But in fact, it goes so much deeper than that; I have no idea if the originator knew it or planned it to be as profound a statement as is truly is. It speaks to human nature and why we all behave as we do. Think about it, when we need to act, to react, or to respond to something – to anything – our brain immediately and unconsciously goes back into the memory banks for similar past moments to use as a guide on how to behave. We use our past as the trail guide for future moments.

Sigmund Freud stated that, “We are what we are because we have been what we have been, and what is needed for solving the problems of human life and motives is not moral estimates but more knowledge.”

I’ve never been a student of Freud; my past experience with him has mostly been the proverbial “sometimes a cigar is just a cigar” joke, although current research suggests he actually never said that. But his view on why we are what we are is stunningly insightful and opens up wide roadways of thought and consideration on the subject of human behavior.

Hatred and prejudice rely on ignorance and lack of information as their fuel. Strip bare to the bones of the beast and it is fear due to lack of understanding or misinformation that drives hatred and promulgates prejudice. Many folks struggle to even accept that this is the cause of hatred, which is itself, merely a lack of knowledge or understanding. But prejudicial hate is deeply rooted in the fear of the unknown due to a lack of understanding or knowledge.

A pause for clarification here; hate unto itself is not necessarily always a bad thing; science has demonstrated that love and hate originate closely in the same area of the brain. It is difficult to live without having had the experience of love and of hate. Certainly if severely and intentionally wronged by someone, that incident can spawn an intense and specific hate for the offending individual. Hate and hatred are always not the same thing, at least to me. Hate is individualized and (right or wrong) the emotion precipitates from a specific event that the person feeling the hate perceives as intentionally harmful. It is an emotional response to a singular event; a single bullet from a gun striking a specific target. Hatred however, is more wide-spread and is usually not associated with any one person or event, more like a shotgun spraying out across a wide area. It is the vile demon that creates fear and conflict between groups of people such a political parties, between classes, or worse, between races.

We are not born with hatred; it is taught and learned through observation of the behavior, slowly accumulating within our subconscious. We observe behaviors, we hear comments, and we learn; a seed is planted. It does not necessarily grow immediately; in fact it may sit dormant within our minds for years if no similar moments come up. But once we encounter a situation that is out of our sphere of knowledge, beyond our comfort zone, we have no real information to use with which to evaluate the moment. So we scan our past, search our memories, and look for clues, and that is when that seed of hatred can begin to grow.

Example: you are five years old and on a trip with your parents. At a tourist stop there is the usual throng of people, all doing what tourists do: laughing, chattering, commenting, posing, etc. Nothing unusual here. But this time there is a family visiting from another country. The look different than everyone else; perhaps the color of their skin, the cut of the hair, the shape of their eyes, certainly their clothing and language. And unaccustomed to our culture here, they do something odd or unusual. In many cases whatever that action might be is innocuous and while noteworthy, is not unusual enough to be considered offensive or insulting. But on this occasion, something they did offended or upset your father. And he utters a derogatory comment about “those people” and how “they always” do this or that and about how “insulting” or “rude” they are. And that dear reader, is the sowing of the seed. You remember that moment, that comment. You probably have no idea why your father felt that way, you certainly didn’t. But he did and you file that away, for future reference.

Fast forward a decade or so; you are a growing teenager voraciously devouring all the thoughts and ideas the world can throw at you, accepting and keeping some and discarding others. You learn about hatred and prejudice and probably embrace the idea that those are undesirable qualities for a person and dismiss them. But then one day you see a video or hear a story or read an article about an incident involving people from the country you encountered on vacation when you were five; and something in that incident triggers the words of your father from that day and you softly nod your head knowingly. You’ve just watered and fertilized that seed and it is now growing. I won’t drag this analogy any deeper, you are all intelligent people and you can readily see where it is going. But this is one simple means for prejudice to take root, and given circumstances, the blossom of hatred.

Of course the reality of humanity is that the planting and growth of prejudice and hatred is much more complicated and diverse than my little example. It comes from thousands of little moments and inputs: written, spoken, and perceived. Much like the desert of our lives that I wrote of in an earlier post, the matrix of hatred is composed of countless little grains accumulated over time. The sad part of it all is that the “facts” that form the basis of the emotion are almost invariably wrong and not factual at all, which leads me back to the foundation is primarily due to a lack of knowledge and genuine information. It is fear built on a foundation of misinformation, hand-me-down emotions from others in our life, and all fueled by the tendency for us to learn our future behavior from our past actions. Witness hatred once and you will quite likely exhibit hatred later in life in a similar situation; certainly you will at least be prejudiced initially. It is the worst infinite do loop ever!

I’ll expand upon what Freud said (how arrogant is that?) by adding, we are what we are because we have been what we have been, and because of who those who influenced us have been what they have been. Relying on past experiences and moments to guide our future actions and behaviors is part of our DNA – it is how we are wired and if you really dissect it and look closely it is a great survival mechanism; when there is no information to guide our actions, using past knowledge and memories (whether ours or learned from others) to provide recommendations on how to behave and react is ingenious.

But, like so much else with life, it is a double-edged blade and one must understand that. There is also the danger of falling prey to someone else’s past ignorance and prejudice and repeating it yourself. Hatred is just too harmful to all humans to blindly engage in it merely because we never took the time to learn about a group of people, to understand their culture.

On September 11 2001 small group of Islamic terrorists – nineteen to be exact – demonstrated their hatred of America in a day that none who lived through it will ever forget. That single moment defined the mass planting of seeds of prejudice and hatred for tens of thousands of people in the world, especially in the US. I hate the nineteen for what they did, but I have no hatred for the Islamic race. Hate is such a specific and targeted emotion that upon reflection, there really is no way to hate an entire race of people. There are approx. 1.8 billion Islamist’s, almost 25% of the world’s population. Begin now and meet one Islamic person every minute of every day and you would need 3,424 years to meet them all. And you could never have the time to know them; their likes and dislikes in art, literature, music, food, or what gives them joy and causes them sorrow. So how can you possibly embrace hatred of each and every one of them? It makes no sense. But sadly, those horrific actions by the nineteen have indubitably planted the seeds of prejudice in millions (and hatred in some of them) and we see the results of that all the time. That is the tragedy of being who we have always been.

Some things are not easily fixed; this is one of them. It is hard to break out of a routine, to deviate from how we’ve always behaved, to be something other than what we have always been. But we have to try, every day, to learn a little something new, something different. Take the time to reassess an uncomfortable moment or situation and reflect on how else you might have reacted to it. When you read an article on something or someone who raises your ire, take a minute or two to dig deeper on whatever it is that provoked the reaction inside you. Read a little on whatever it is: s culture, a religion, a political belief, whatever. Gain insight and information and perhaps the next time your response will be tempered by that new knowledge. Remember, all seeds are equal until planted; it is the gardener who chooses what grows in the garden; cultivate wisely dear reader.