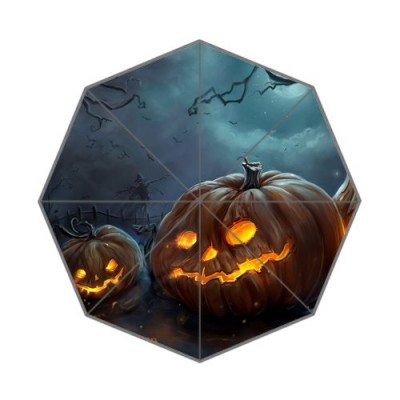 Hello dear reader! Today I have to rant; well, perhaps not rant as that is a fairly strong word and while impassioned, I intend to remain essentially calm and composed, but I shall howl a little. The background of this begins with today – Halloween – and the forecast of rain. It led to a deluge of questions and comments on the dreaded Facebook from young parents asking when they are rescheduling the trick or treating due to the rain. Of course that led to a volley of replies about snowflakes and their incessant need to schedule the activities of everyone in the town around their wants and needs. People who have been around for a while (yes – old folks) were particularly vocal on how parents today need to “grow a pair” and deal with a little rain. And it just got uglier from there.

The crash and burn of this specific post culminated in an attack on the older “boomers” from the 18-30 year olds in the group; “all we do is complain that the young folks don’t want to do things the way they’ve always been done. This generation lives in a different time and do things their way and all the boomers do is complain about it.” So let’s see; the generation that has decided that the two sexes (XX or XY) that have existed for the two million years hominids have lived on this earth are inadequate. Now, according to them, there are, depending upon who’s list you read, anywhere between 40 and 60 different genders. I’ve written on this, at least on the periphery of it, before: tradition no longer matters; in fact it is now a target for derision.

One of the persons who left a strongly worded post against the boomers was a young man, looking to be around 19 – 21 years old. He complained how boomers are always telling his generation they’re wrong and all messed up. In that context he has a point; you don’t teach by criticizing and always telling them that they’re wrong and don’t know their ass from their elbow – at least not effectively. And usually that lesson is seasoned with a comment such as “we had to walk a mile to school in the rain or snow…” And that never sits well, at least not as a flat text reply with no tone, inflection, or eye contact to help further refine the intended point. Social media is NOT the place to try to pass on the lessons of life to others, to the younger generations. It leads to resentment and a natural recoil against anything the older generation feels is important; the more sacred it is, the stronger the recoil from it. We are deemed judgmental know-it-alls with no tolerance for change.

However the older generation has earned the right to preach; at least a little. Face it – we didn’t try to lead a life based upon decisions that would screw the next generation. We tried our best, given the circumstances and resources, to always do the best to promote and enhance the lives of our children; to do the right thing. Every generation has done so throughout history. No one took action or made decisions with the intent to ruin future generation’s childhoods. We did our best. But the younger generations do NOT get to judge and criticize us; mainly because they weren’t here; they did NOT live through it.

Even an avid history or sociology scholar who has spent years reading all the published works on the 60’s and 70’s can only have a vague glimmer of an idea of what daily life was like then; a snapshot. Ponder the old saying: “you can’t judge a man until you’ve walked a mile in his shoes”. If you wish to criticize you have to have been there. You can certainly comment, offer an opinion, and consider alternatives. But you can’t tell someone that they did it wrong when you weren’t there living it. But this generation doesn’t seem to understand that. There is a reason the adage “respect your elders” was coined – because they survived. They walked through their own personal hell and hardships that no one else can understand without having been there.

I’ve lived in seven decades, about to enter my eighth. I lived through the Vietnam War, the Cold War, the Cuban Missile Crisis, double-digit inflation, double-digit unemployment, and a lifetime of hard time and hard decisions. I did my best and through it, life left its scars and marks upon me. Life simultaneously makes us stronger/tougher and kinder/gentler as we age; that is one the great dualities of life. Today’s kids don’t know what it’s like to not be able to drive your car because you are on empty but have an “odd” plate and it is an “even” day so you can’t gas up until tomorrow. They don’t know what it is like to be taught to “duck and cover” for when the incoming missile sirens sound. (Although I am horrified that today’s kids have to be taught how to hide from a gunmen or an attacker in their school.) They don’t know what it like to watch your middle-class parents struggle to make ends meet because your father lost his job during a major recession. They didn’t watch lines of sobbing people get processed out of their job and their paycheck due to the economy. There is a lot of bad in the world today; a lot of horrors, but there were a lot back then when I was young too. Good and evil are our lifelong companions; ever present.

A society cannot, will not, continue to exist if everyone gets what they want and has things their way. It simply can’t. It may sound corny to some due to the Star Trek reference, but there is great truth in the words: “the needs of the many outweigh the needs of the few”. The greater good – E Pluribus Unum – a collocation of people who share daily life under a common set of rules and expectations. Sometimes personal rights are lost to the overall rights of the group. You just can’t play Led Zeppelin or Juice WRLD or even Nat King Cole at the highest volume level outside at midnight; it may be your personal desire to do so but it is not your personal right to do so – the rights of the neighborhood supersede that. You can’t drive at 100mph through a school zone – you may want to or think you have a right to, but society demands a reasonable speed limit. In short, sometimes you have to suck it up and go with the flow.

And that is something we “old people” have learned along the way. Walking a mile in the rain or snow taught me that the world does NOT revolve around me and that sometimes the going is tough and you just deal with it. And that lesson has served me well throughout my life. Of course I complained, but I did it – because I had to. We all did. So we earned the right to scoff a little bit when a new parent asks if we are rescheduling trick or treating because of some rain. Trick or treating in the rain makes a child realize that life is not always perfect, that things go wrong, but that you can still have a great time regardless; the world doesn’t end. In fact one of my more memorable personal recollections of Halloween was on a chilly rainy night; it cast an eerie pall, it added character to the night, and I felt bolstered and stronger for having gone out in it, like I had achieved something – a victory of some sort.

But beyond all this lies the concept of tradition. I’ve written of it before – tradition is absolutely vital to the stability and growth of a society. It bonds us, it bands us, it fosters commonality and community in us. Changing or modifying a tradition is inevitable; that happens with every new generation in a communal evolution. In fact it is absolutely essential in ensuring the continuance of the tradition. Consider how we would all react if Halloween required us to go house to house on horseback because that is how they used to do it? Or if Easter meant having to weave a nest of native grasses for the bunny to leave his gifts within? When traditions become so cumbersome and difficult as to burden people beyond their capacity, that tradition will die. Traditions need to stay current and relevant in order to be sustained. But tearing down a tradition for your own personal convenience is NOT how society works. The sense of entitlement, of personal rights over group rights, is selfish and harmful. When everyone gets their own way, society collapses into anarchy. Read, deeply please – not just a Wikipedia paragraph – on the fall and collapse of the Roman Empire. There were a number of reasons: economical, class, military, corruption and religious; but instability due to loss of custom and tradition is part of that list. The loss of that common and familiar ground leads to the demise of the community.

But I am not at all convinced that today’s youth understands this, at all. Their lack of knowledge, their lack of worldly experience, their selfishness, their self-centeredness, and their overwhelming need for the world to revolve around them have brought us here. Consider the icon of this generation – the selfie. As in pictures of themselves. Self as in selfish. It appears to be a very self-centered generation. But I know that is not true; I know there are caring, thoughtful, considerate, giving young people everywhere. But there is hatred provoked for what they perceive to be an attack upon them from their elders and they react to that – vigorously. And to me, the root is social media. We are so inundated with posts that incite and provoke, written in some cases by mean-spirited people merely seeking to troll others into a reaction, people trying to provoke. But in other cases things are written in an attempt to guide, to teach, to share wisdom and experience. But poor writing skill coupled with the inability of a flat text passage to convey emotion and feeling almost invariably misses its mark and leaves the reader angered and insulted. A horribly twisted spiral of hate that erupts and propagates similar hatred –instantly – over Reddit or Instagram or Facebook or Twitter. Coupled with the ease with which to edit and alter text and images these days to better suit one’s point, you have the confluence of both generations coming together in whirlpools of misunderstanding, misconception, and misperception all of which lead to this ever-widening gap of generations.