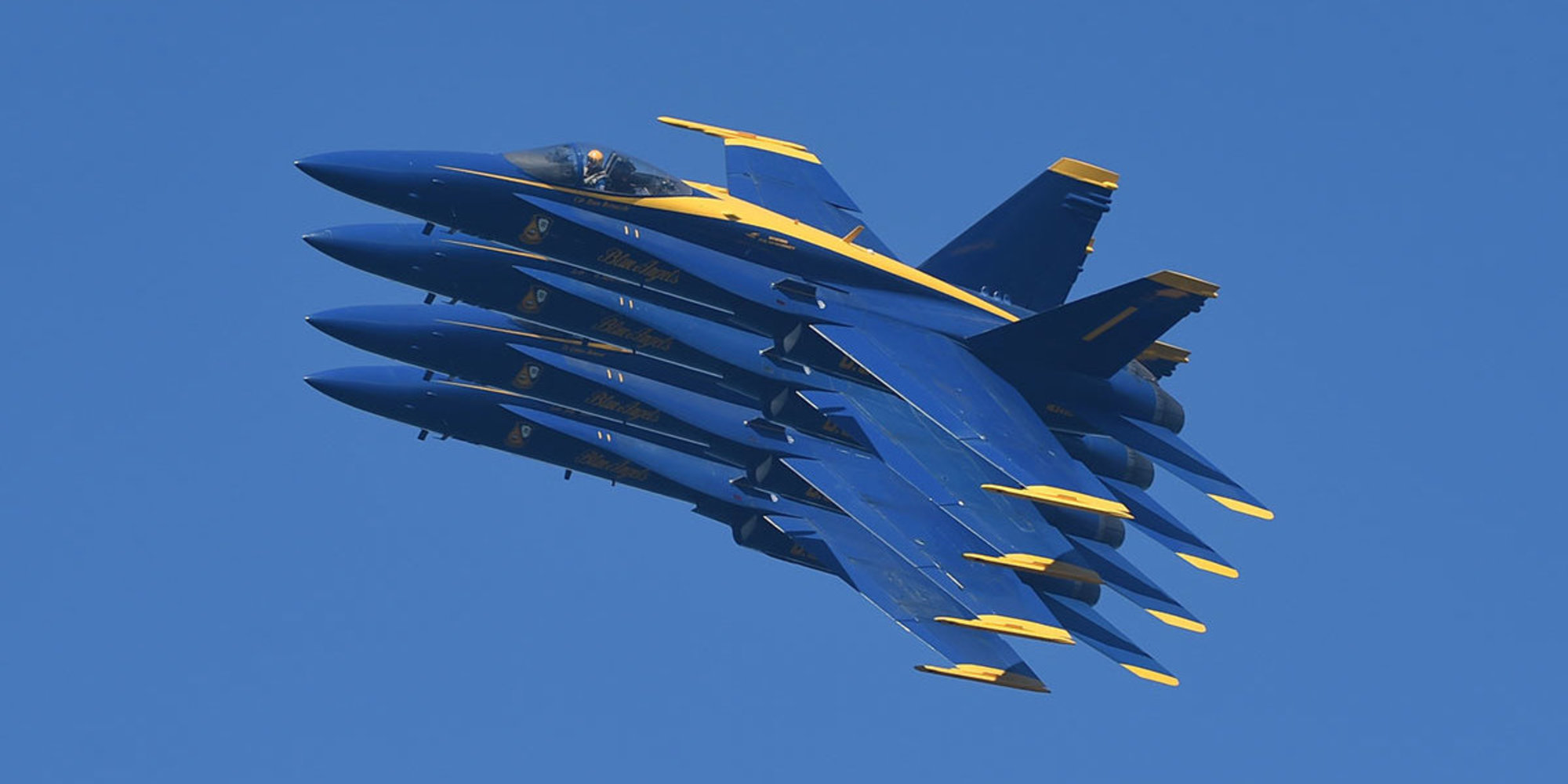 There are few things quicker to rise than cries of complaint from people screaming about their individual rights. They wail that their personal right to…..whatever…..should mean that no one can get between them and their personal right. And heaven help us if something offends them!! Heresy! Take that offending person to the heathen table and let them be punished for their transgression.

Everybody has a trigger these days it seems. Here in my little state, a statue of Christopher Columbus was vandalized on Columbus Day. Apparently the vandals feel that Columbus is somehow responsible committing genocide. If ignorance is bliss these misfits of society must be deliriously happy. Columbus did not commit genocide and if they spent a few years studying, not just world history, but also the 8,000 year history of our indigenous people, they would understand that. But ignorance is obviously also entitling as it apparently gives them the right to vandalize statues (along with a myriad of other things).

These days, folks become angered and strike out blindly, without fact, without a basis, and without a modicum of understanding of the truth of the matter – of the facts. And even if you pay the dues and do your due diligence with research, there is nothing that permits desecration of other’s property because you disagree with the ideology of it. But that is today’s society.

The south enslaved people in the 1700 and 1800’s. There is no denying that. But there are no slaves nor slave owners alive today – not even remotely. (Economic class issues notwithstanding). No one condones what happened and no one holds that practice as anything but wrong. But that is not the heritage of the south; it is not their defining action. There were dozens of other severe issues, fundamental differences in beliefs, which drove the country into the Civil War. And the Confederate flag, which is now widely viewed as an affront, as an acceptance and proliferation of slavery, was developed as a battle flag. And to many, that flag provides a huge swell of pride and a depth of sadness for their forefathers’ beliefs in what the flag stood for and for the blood that was shed in defending that flag and their attempt to win what they perceived as freedom from the US government.

But today that flag is being persecuted and removed as offensive, as are statues of the brave men who fought under it. This was a nation divided and neither side took to war casually; it fractured us to the absolute core of our founding principles and some 600,000-800,000 citizens died as a result. But as great societies do, we finally settled the issues, came to resolution, and we once again moved forward as a nation in unity and in purpose. We could never do that today. Were the nation to fall into a civil war today, there would never be peace again; our current beliefs in “my rights vs everyone else’s’” would never permit it.

We have children, who have no concept of the real history of the world, who have yet to even learn the basics of earth science, preaching about climate change. As a 16 year old I would never have been brazen enough, arrogant enough, to dare speak so angrily at adults over global issues. I inherently knew that 1) I did not have the experience, the knowledge, or the education to intelligently address such issues – I was just too young. And 2) I was raised to be respectful and considerate of my elders; I’d have never dared question them publicly – likely not privately either. But these children are being empowered and emboldened by their parent and other adults, because that is the behavior of society at large. Look at our politicians who stand and postulate so passionately and eloquently over issues of which they have absolutely no knowledge. They yell, they shout, they pound their fist as they support/oppose the issue du jour. Despite not knowing a single fact about it. This is the behavior we are all witnessing and we’ve come to accept it as permissible behavior. A US Congressman honestly and truly grilled a US Navy admiral on a plan to move US Marines to Guam….because the Congressman feared the added people would cause the island to tip over and capsize. Truth, the whole thing is available on video and is on multiple websites. And he is still in office! How is that for a role model? No small wonder we’re letting teenagers lecture us on global climate change.

The thing is, we – as a nation, as a people – have lost our perspective. Anything that irritates, bothers, or upsets someone these days is fair game to be the viral attack, and given the power of social media and the blind uninformed following of our politicians, has the potential to become the next thing banned. We are banning literary works that have stood the test of time, deemed powerful and magnificent works of art by countless generations, because a snowflake today took offense. Example include: “The Adventures of Huckleberry Finn”, “To Kill a Mockingbird”, “The Grapes of Wrath”, “The Catcher in the Rye”, and all Harry Potter books. Give me a break; it is actually obscene to ban such great works of art. And….get this….Dr. Seuss books have been banned at various times, most recently criticized by a librarian in Massachusetts who stated: “Dr. Seuss is a bit of a cliche, a tired and worn ambassador for children’s literature,” and that “Dr. Seuss’ illustrations are steeped in racist propaganda, caricatures and harmful stereotypes.”

If you don’t like the book, don’t read it. But you can’t have it banned from everyone because it upsets you; that just isn’t how America is supposed to operate. Disagreeing with something is one thing, we all have that right. But we do NOT have the right to make others stop just because we don’t like it.  Yet that is our current vector it seems. But it doesn’t even stop there; rather that pursuing it through the established channels for such actions – legal or legislative – apparently the best way to deal with something you disagree with today is to break it, destroy it, mar it, deface it, or vandalize it. Doesn’t matter that it is someone else’s property and not your – just go damage it to “demonstrate” your point.

Let me be clear: I am not against free speech and am not against peaceful public protest. Blocking entire highways and then screaming when someone gets hurt is absurd. Pronouncing your disagreement with the political actions affecting human rights is expected and encouraged; attacking the people who disagree with you is reprehensible and repulsive. Going back to my opening example, the Civil War was waged due to a rift in the beliefs of the citizens of this great land. But it went to the highest level before the inevitable result; before actual war that battle was fought largely throughout the ranks of government with legislative actions and elections. And when the dissenting group was not satisfied, they did not resort to terrorism or vandalism – they left the party….they seceded from the union. Of course things couldn’t stay that way and it was not long before it turned to military force and the Civil War began.

I am not part of the greatest generation; the great ones of the Second World War. My parents were, and my grandparents were, but not me. And honestly much of the sacrifice and hardship they endured is lost to history; not many of us know the extent of their efforts, what they gave up, to support WWII. The list is exhaustive, starting with the men sent to fight and to possibly die: a staggering 12% of our population. While women also served, and served well in the military, it was not quite so common in our culture then to send women to war. So those who did not go fight, stayed home and fought. They fought by learning new skills and trades to produce the overwhelmingly huge demand for supplies to support the war effort, replacing the men who had gone to fight. US manufacturing could not stay as it was before the war began, it had to ramp up to support the war, and women shouldered that burden without complaint. War bonds, food and supply rationing: things like gasoline, sugar, and butter. Even the ubiquitous penny was affected, being stamped from steel instead of copper for most all of 1943 to help supply the demand for copper for shell casings. Every family – every man, woman, and child sacrificed to support the war. People went out of their way to find things to do to support the effort, including monitoring the skies along our coastlines for enemy intrusions.

The Republicans and the Democrats would be at each other’s’ throats, completely drawn by partisan lines and paralyzed by their spite and hatred for one another. There would be demonstrations against everything on every street corner; teenagers on YouTube screaming that “you made my Daddy go fight for your own stupid beliefs and now he’s dead – you stole my childhood”. People would hoard whatever resources became scarce because “it’s my right to have this”. Many people would refuse to go fight, not unlike the trend that began to manifest itself during the Vietnam War. And those who do the right thing and go fight would return to an attack similar to, again, some of the Vietnam soldiers returning from war. We would fail and we would lose. Hitler would have won were it to have happened today, I am sad to say.

We are so enamored with protecting our individual rights that we have lost the ability, and certainly the motivation, to protect the rights of society. Where our parents or grandparents sucked it up for common good; families lost husbands and wives, sons and daughters, to help fight for democracy and freedom, today’s society would take far less responsibility to support the government’s decree to go forth and fight. They would instead whine and wail and wallow in the loss of their rights to live as they choose. A fundamental block of a democratic republic is that the government, after due process, can mandate law and action to the populace; examples would include speed limits, seatbelt laws, drunk driving laws, etc. – things that are for our own good but may impact one’s personal rights. And sometimes it means fighting for our country.

Picture a flock of swallows, moving in unison and unity. Every stop to wonder if every bird wants to go to the same place at the same time? Of course not! But they all know that for the greater good, and in fact for their own good, they have to stay together in coordinated cooperation. The same with countless varieties of fish in their schools; strength and safety in numbers. There is only one way the Blue Angels can perform their aerial artistry safely time after time: the individual planes have to become one.  This concept is part of the rationale behind our founding fathers’ thoughts and ultimate framework of constitution and our laws. There are some values, some core concepts, which may be uncomfortable for today’s digital generation and social media pontificators. And while individual rights are always worthy of consideration, they do not always trump the greater good; in fact, they rarely do so. And that is a lesson we somehow need to teach our new generations, before it is too late.