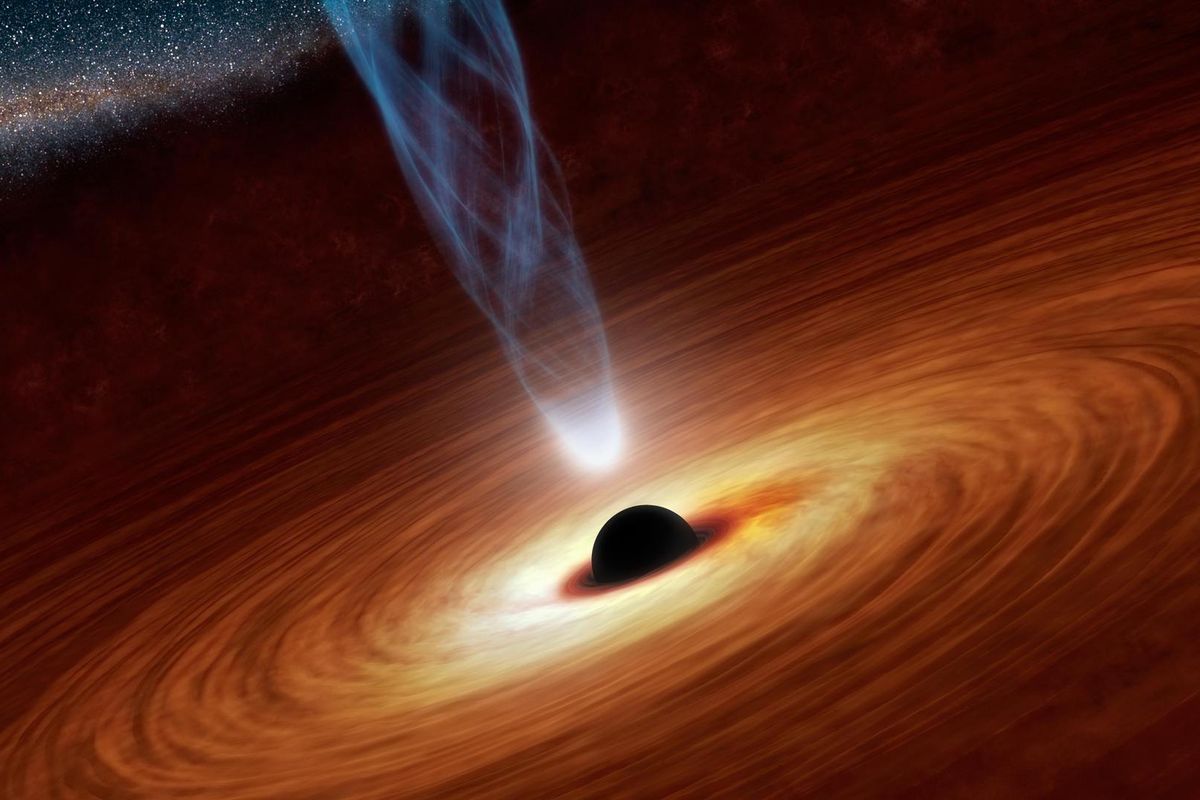 Today I offer two real life examples of what the human spirit is really all about; no heroes here who rescued a bunch of people from a burning bus or anything like that. They’ll not appear on the nightly news, in Time, or on The View or Morning Joe. But heroes none the less. Heroes for still doing something they loved but was almost taken away from them by life.

First, an old friend who has drifted into and out of my life several times over the last 45 years. We played softball together in our 20’s and then lost track of each other. We reconnected when he coached my son’s little league team and I assisted, and then we went off in different directions again. Ironically, he later ended up dating my wife’s sister. By this time, he was deep into drag racing, which fascinated me, so I spent a lot of time hanging out in his garage helping him. It turned into a routine of two nights a week and Sundays, working on the race car. First a ’55 Chevy, then a rail-style Super Comp racer he bought on a whim, which was a mistake – he hated that car. “No doors” he used to say shaking his head.

Then he decided to step up his game. He had a custom chrome-moly racing frame built for him along with a ’55 Chevy fiberglass body. We spent months fitting the body, wiring the car, and powering it up with an appropriate engine. Thousands of hours went into receiving the chassis and body parts before finally starting the engine in his driveway.

He needed to take the car to a NHRA track and pass inspection, and then make several passes in it to “qualify” it for competition. I still vividly recall loading the car into his trailer on a August summer night and packing away all the things he’d need on his road trip to the track – a Tuesday I think. He had a long drive and then had to get set up, get the car set up, and them inspection and qualifying before he could actually enter the race that weekend. I wished him well and headed home.

My wife called me at work a few days later; her sister had called her – there had been an accident with the car – he had been airlifted to a hospital – condition was grave. Well, since I am writing this about him doing something he almost lost, we can all exhale and know he survived! But what a horrific tale it is.

He had entered the staging lane for his first solo run to qualify the car. Drag racing is unique and the cars are highly specialized. They use what is called tranny-lock, or transbrake, which locks the transmission so the engine can be ramped up high into its power range. When the lock, or brake, is released, the car literally launches itself forward for the run. It’s like instant on – full power. He rolled into the staging lights and lit the tree, engaged the transbrake, and revved the engine. At the green light, at the release of the transmission, the car launched. And then it all went wrong.

The people I later spoke to provided me the firsthand report of what they saw. The car launched and almost immediately stopped. Not very unusual in drag racing – these cars operate in extremely high stress conditions and mechanical failures are all too common.  In fact, at the upper echelon of the sport, the engines are built to last for the 4 or 5 second run and nothing more. There was a moment of stillness from the car and then the window net came down and he sort of climbed/fell out if the car and landed in a heap on the track. There was blood everywhere. I’ll fast forward here; they found his right arm connected to his shoulder by a couple of mere fragments of ligament and tendon. A catastrophic injury in every sense of the word. He was flow to the nearest hospital by helicopter – given his Last Rites during the flight. But he survived. As did his arm which was successfully reattached. He spent weeks in the hospital out there, eventually coming home to continue healing and rehabilitation. The car, truck, and trailer would later be picked up and driven back here to RI for him.

So how does a fit and healthy drive, securely strapped into a racing car with a 7-point harness emerge so terribly injured? Especially given the car barely went 20’ and hit nothing? The mechanism of failure turned out to be one almost unimaginable: it was the drive shaft. In the tubular frames used for racing, everything is exposed. There is a floor made of sheetmetal, and a dashboard of sorts, also made of sheetmetal, but most of what you see inside is the frame. You can see the drive shaft pass through just behind the shift lever. Because shaft failure is not entirely unheard of, two hoops, really U-shaped tubes, made of chrome-moly, are placed strategically over the shaft here. But they were not adequate in this case.

While rotating at insanely high revolutions, and under maximum stress at forward launch, a flaw in the metal of the driveshaft yielded and it broke. The broken portion, still attached at the engine, managed to enter the driver compartment between the two hoops. The driver, locked into his seat, has his right arm right in that very spot in order to shift the car. The shaft hit his arm, repeatedly as it was spinning being driven by the engine, and essentially beat his arm to pulp. How he ever managed to unbuckle his harness and get himself out of that car remains a mystery to all of us, and to him as well.

I’ll fast forward, a lot, again. He kept the car. We repaired the damage and modified it so he could operate it. The arm was saved, but was left barely functional – the damage was too severe. There were things he could do with it, but many more that he could not. Everything that it takes a fully functional right hand and arm to do in a race car had to be modified. Eventually the car was ready and he overcame his fear and nerves, climbed back into that car, and made a full track pass. That alone is a supreme accomplishment for anyone!

But last weekend, racing that car in a NHRA event in New Hampshire, he competed – and won. He took first place in a sanctioned NHRA event!! What a remarkable journey of intestinal fortitude, determination, effort, and spirit! This is what not giving up truly means!!

And number two is my own sweet wife. As you know by now, dear reader, I love the woods. And hiking is a really big part of my new retired life. But I tend towards extremes – always it seems. And the hikes I choose can be either strenuous or long, or preferably both! I like to push myself in most things I do and that carries through to hiking. But…..Teri and I are so dramatically different in….well, in most everything. I am quite long legged and she….is not. I was blessed with some pretty decent lungs (a chest X-ray almost always needs two exposures because my lungs are long and usually don’t fit on a single film) while she has asthma. She likes mild, docile trails without much change in elevation. And around 15 years ago, she needed to have two cervical vertebrae replaced due to failed discs. Yet twice every week she climbs into the truck and slugs it out on the trail right next to me, step for step.

Yesterday was over 7 miles, so not a terribly long hike, but probably the most strenuous trail in the Audubon Society’s arsenal (their words, not mine). It was over 19,000 steps and 40 floors of elevation change. A real workout and she fought her way through it step for step. At 60 it would be easy for her to say enough, to hang up her hiking shoes. But she knows how much I love it and even though it is probably twice as hard as for me, she keeps going; sometimes not too happily, but she never quits, never lets her asthma or fused neck hold her back. And it is working for her; her lung capacity is now above average at approx. 110%, where not that long ago she was in the 70% range. Rather than allowing her losses to define her and limit her, she is looking them straight in the eye and is staring them down. She is gaining strength and fitness and enjoying all the benefits that being in the woods with nature offer.

And note – this is not new. She had her surgery in mid-December and it was a horrendously painful recovery. By late January the doctor said the fusing was strong enough that she could go out: drive, go for walks, etc. But while the spirit was willing, the flesh was weak. Her first “walk” was a 100’ escorted trip to the mailbox and back. We were quickly able to stretch that though and before too long she was walking several miles without effort. So on one not so frigid February day, I loaded her into the car and took her to the woods where we went on a 3-mile hike. Yes – only 8-weeks or so post-surgery….in the winter. (Please note that we were avid hikers back then so this was not completely out of the box!!) Part of this hike is a one mile stretch of dirt road – all uphill. Yep – a one mile uphill stretch. And much to my surprise, it was mostly ice covered. Being a fire road it is not treated in the winter. And a recent warm spell (mid-February thaw) had melted the snow and created runoff, which then froze when the weather went cold again, leaving huge stretches of sheet ice. We fell – a lot. Like every other step!! And we laughed the whole time. It was a memory neither of us will ever forget. And it set the table for our recent return to hiking and her determination to not let time’s losses stop her. And that is what being human is all about; what living is all about.

Just two personal examples of the wonder of the human spirit. I have no doubt that each and every one of you have either personally demonstrated the same strength or know someone who has. It is within all of us; there may be some who doubt it but until you are tested, until you need it, you’ll likely never know the depth of strength that you possess.