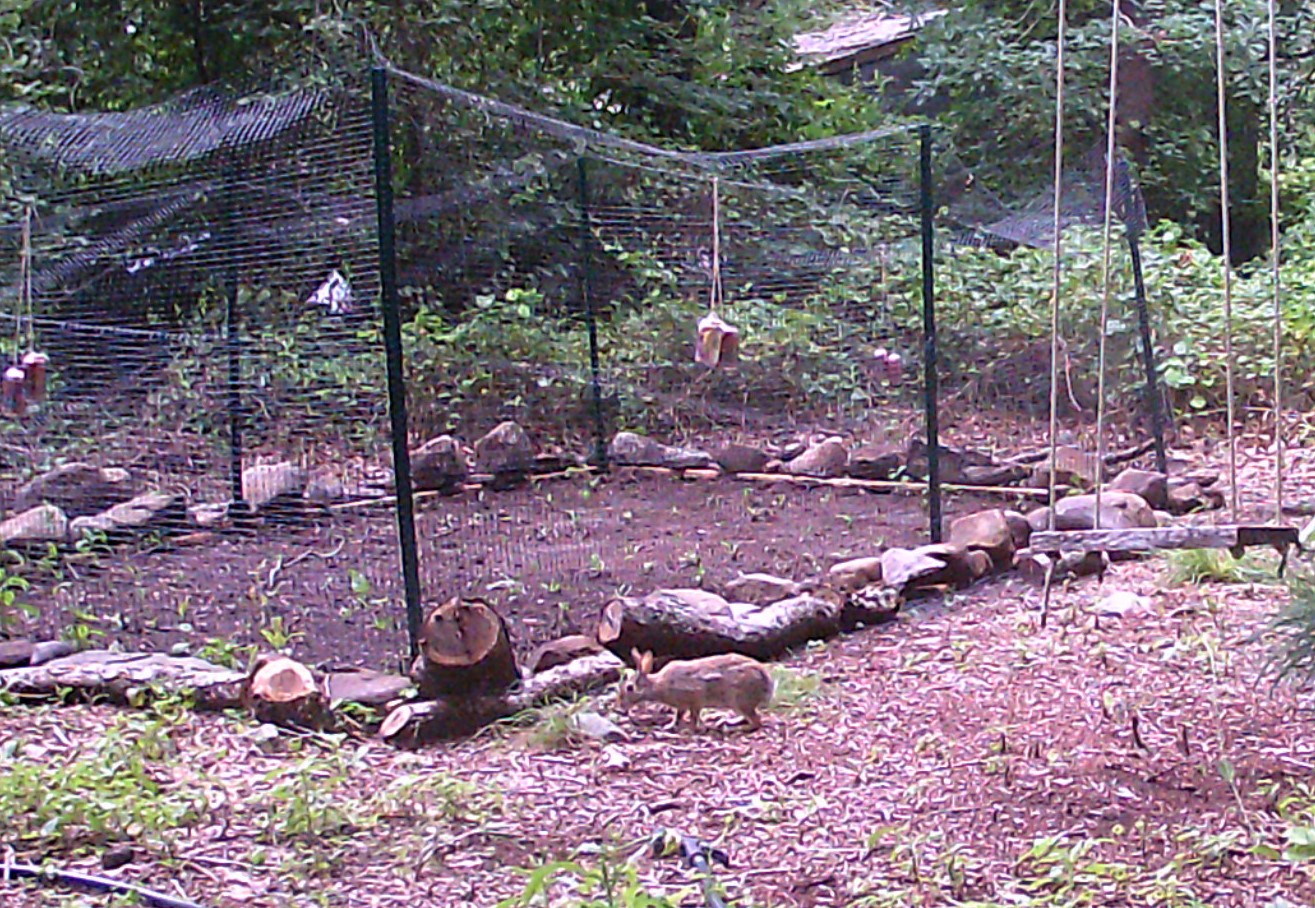 So dear reader, I was prepared as of this morning to sit and type my next post while exulting in my success in finally getting my corn to grow. Indeed, after I think five attempts to plant and grow, this weekend revealed 7 or 8 rows of 2” high corn sprouts looking oh so good. This after another round of failure even after my last post. I did not do anything different than I had, but re-did what I had better. The fencing did not work out as expected – obviously – so I wrapped the bottom 3’ of the entire area with a second layer of fencing. I went out and bought 2X6’s and laid them on top of the one foot or so of extra fencing which laid on the ground, then placed rocks (same ones I had pulled out of the ground) on the 2X6’s all the way around. And all those things worked – corn was sprouting!

I also bought a trail cam: infrared night vision, motion sensor, the whole none yards. When triggered it takes several still photos plus a short video. Impressive technology. The first night the camera caught a possum – twice – as it moved past into the woods and again later as it came back. It caught a fox trotting by. And it caught a bunch of rabbits and squirrels doing their thing in the area. And not a single entry into the corn patch; not even an attempt.

So stop and ponder dear reader – 100’ of fencing, 6 fence posts, eight 2X6’s, a trail cam, and let’s not forget the pick ax and pitchfork I had to buy on order to get through that demonic blend of rock and briars. Don’t spend a lot of time on this, the answer is easy: I could have bought enough corn to feed a small town several times over!! I get that – I truly do. But finally, I had corn.

In fact I was so invigorated by the success that I spent several hours today cutting and bushwhacking the area around the corn patch to open even more area with the plan to expand the garden next year. I fought the briars and brush for several hours or so and then went back to the house for some water and to cool off. And my wife went out to take a look at my handiwork, and we she came back on she asked me if I had noticed that some of the corn sprouts had been damaged. And of course, I had not. I shot back out to the corn and sure enough, there were at least ten plants pulled out of the ground and left to die.

Of course I still have probably around 100 plants in the ground that are still fine, but damn! Of course, the big question is who, or I guess what. So I reexamined the entire fence and I did find a new hole. I mended it with string and then used a length of 2X6 to cover the whole section, again braced by rocks, again from the ground (no shortage of those). So fingers crossed that the point of entry is now closed and the perimeter secure once again. Then a quick trip to the hardware store for a gallon of Critter Repel, designed to repel deer, squirrels, rabbits, chipmunks, and whatever other corn eating varmint might be milling about. And the trail cam, previously on and monitoring from 9PM to around 8AM is now running 24/7.

I still plan to claim success, but a partial victory and certainly tenuous at best. I probably need four weeks to reach the point where the plants are safe from being eaten, and then, there is only a few weeks until I will have to worry about the corn itself being eaten by a whole different group of marauders. The irony if all this is that sweet corn is a common and prevalent crop here in Rhode Island – it is hard to go most anywhere and not see corn growing. Acres and acres of it. And I can’t manage to keep a measly 100 sqft patch intact!!

But my resolve is firm and my intent unwavering: I will eat an ear or corn from this patch. And hopefully it will be this year!! So if you’re looking for me dear reader, I will be in the woods, peering around a tree watching my corn. Think Elmer Fudd…..be vewy, vewy, quiet…hunting wabbits!! (And yes, the picture is an actual picture from the trail cam).