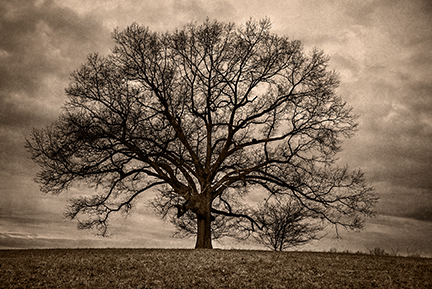 A recent hike reminded me of a lesson I knew well, but of which I had lost sight. We all have our dreams, goals, desires, wants, and wishes in life – we each have a model for our life, a destination or end result. Certainly there are adaptations and alterations made to “the plan” throughout life; a boy wants to be a cowboy or fighter pilot but you figure out very quickly that neither lies in your future path, so you shift focus. A very common occurrence – easy. But of course occupation is a fickle and tenuous goal to grasp; careers often have to change due to the economics of life, supply and demand, and availability and viability of the desired choice. Frankly I never had a definitive “grown up” career choice; the aforementioned fighter pilot was a youthful whim, like so many other young boys, but certainly unlikely. I ended up taking a job to earn money and watched a modestly successful 45 year career unfold in front of me.

I just read a posting on Facebook from an older man (in his 60’s) who was driving along a local road here shortly after midnight and came upon a scene of chaos and craziness: a man being assaulted, brutally beaten, by several others in a case of road rage. The man stopped and intervened, trying to help the person under attack and he ended up being severely beaten himself. And when they had finished pummeling him, they hopped into their car and fled. And the original victim who had also taken a beating also hopped into his car and fled, leaving this bloodied Good Samaritan behind, alone.

In his post, the gentleman discussed how his parents taught him how to do the right thing, and that he believed he did the right thing in stopping to help the younger man being beaten, this despite the fact that he himself ended up being beaten. But I sensed he was questioning his choice, at least on some internal level; was the result worth the action of “doing the right thing”? I immediately replied to him that he did the right thing and to never doubt that. Placing someone in severe difficulty ahead of yourself is wonderfully noble and a virtue deserving great respect and honor. It is a premise held increasingly less and less by society. And sadly, most of the other flood of comments to this heroic gentleman reflect that fact: “you should know better” and “what were you thinking?” and assorted similar comments. How sad. Thankfully, there were also a great number of people who thanked him for caring and for being the sort of person who would do such a thing.

As I have written about in several past posts, our forests here have taken a beating from the attack of the Gypsy Moths; deforestation is rampant and the ravaged woods are skeletal and bare in huge swaths. The life objective is imposed upon the trees by their genetics; there is no free will, no choice. An oak will always grow to be an oak, regardless if it yearns to bear fruit or flowers, it will always be an oak and will always bear acorns. There is no decision to be had on the individual level. But the woods do change; I am witness to that. Where once stood majestic stately oaks which sheltered and shaded the forest floor with their massive canopies are now bright sunny meadows with an entirely different ecosystem taking shape. There are low blueberry bushes popping up everywhere along with dozens of similar low growing and sun loving vegetation. A reimagining of the flora and fauna. And yes – this is out of necessity and not decision. But change none the less – a lesson for life.

We all have to be flexible with life; rigidity will only end up breaking us and leaving us very unhappy in the end. The toad that refuses to change the location of his home when the oaks die and the canopy disappears spilling brilliant sunlight all over his home will not survive; stubbornness and unwillingness to change will inevitably yield a bad result. I mentioned that I took a job and watched a career unfold in front of me is a good example: as the nature of our business changed and as demand for skills and talents shifted focus, so I moved. The trade in which I began my career was dissolved and extinct just a few short years after I started there; I did not stubbornly refuse to change my trade as that would have left me unemployed – instead I learned new skills and adapted – that is survival.

Career decisions and the like all exist on the periphery of life – they are not core values. There are things more important, loftier, than being a pilot, a major league pitcher, or those kind of choices. Things such as having integrity, being honest, valuing people, and trying to live a life of decency and nobility. Those are moral decisions we all ponder and decide upon throughout our lives. As we grow, we witness traits we value, whether that be by reading or direct observation, a value or trait strikes a chord within us and we choose to emulate that in ourselves. We grow spiritually as we age so it makes absolute sense that our values also grow in depth.

In all our lives, there are times that try us severely, that test us. Those times can be powerful enough to lead us to question our core tenets and beliefs. In a case such as this gentleman, while he is not quite at that point, he is in the neighborhood. He went so far as to say that his parents taught him to do the right thing and he believes he did do the right thing, but to me there is clearly some doubt in that assertion. Not surprisingly his beating has shaken him to his core. Consider it – not only was he beaten, the person he was so selflessly and nobly trying to help ran and left him lying there! Of course he is left questioning his decision and the values he holds dear that led him to it. And here then are the pivotal moments in our lives that define us; those times that determine who we will be in future years.

What we need to remember, what we need to hold true to within ourselves in times like these, is that we adopted each core value for a reason and we adapted our inner self to don that value. And as much as the oak may yearn to bear fruit, we may wish we may not be who and what our values lead us to be, but it is truly who we are. An oak is an oak; and a gentleman willing to stop his car, get out, and come to the aid of a person in need is a hero. He may currently be questioning his decision given the swollen eyes and lips and the scars to be carried forward from that day, but “doing the right thing” was a concept he valued throughout his life and helping is now just his acorn. We are who we are for a reason; embrace who you are. Being true to your tenets and beliefs will not always produce the fruit we may desire, but it will ensure you stand tall and mighty through your life.