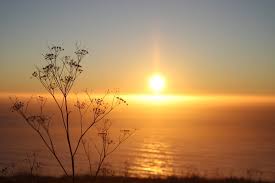 “Cowards die many times before their deaths, the valiant never taste of death but once.  Of all the wonders I that I have yet heard, it seems to me most strange that men should fear, seeing that death, a necessary end, will come when it will come. “: Julius Caesar to his wife Calpurnia after she had a dream of his death. A powerful and memorable passage from my youth that I have never forgotten. It was always much more a commentary on courage to me than anything else. But as with all things in life, there is duality in this quote. Sure, it is simply a commentary that it is pointless to live your life in fear as there is only one time for you, and when it is time, it is time.

But it extends beyond that; deeper than the initial read in its original context. Because we all die – everyone dies. No matter how small/limited your personal circumstance, you will lose people in your life. Born a single child on a mountaintop farm in a remote area of Siberia, your loss will still be 100%. Your life will still witness the loss of all the people in it, even if just the two parents. And those you leave behind when you die, will also eventually die. No escape for anyone.

There can be nothing more certain than death. And yet we are never, ever, prepared for it. We live our lives seemingly as though the people in it we love so much will just always be here, forever. We get petty. We argue. We envy. We become annoyed. We hold grudges. We often do these things unintentionally, just the clutter of daily life getting in the way of our deeper and truer feelings. There is nothing overt about it, often; it just happens. And whether an hour, a day, or even a year – we allow it to play out within a perversely ugly micro-drama of negative emotions; we don’t stop it, don’t correct it. Because we expect that like all things in life, it will work out. In the back of our minds we just assume that it will be resolved and put behind us. Because the person will of course still be there for this reconciliation.

But that is not always the case. People do leave life unexpectedly, far too rapidly and far too abruptly. And when that happens, there is no time to say what is truly in the depths of our hearts instead of either not saying “I’m sorry” or just saying nothing and allowing the pettiness continue. We assume, we bank, on the expectation that those that matter will always be here.

Everyone who died yesterday woke up in the morning with plans for the day, never knowing those plans would be unfulfilled at day’s end. Because in almost all cases, death never announces its intentions; there is no forewarning. Despite that, we often can allow all the foibles of humanity to occlude our true feelings for those we love, innately (and incorrectly) assuming there will be another day with which to forgive and forget and to make amends.

This post began a couple of years ago, with my busy schedule (lol) getting in the way of competing it. Today the calendar ended up at Father’s Day and it seems a fitting day to fortify my lesson in this with a look at message in the day. It is inherently dangerous to speak in generalities so please bear in mind that this is just my personal opinion, my personal perspective. I took my dad for granted for most his whole life; he worked – a lot. He also golfed and bowled and played softball. And all the other daily and routine things he did. Added all up it meant I did not see a lot of him, often. It’s just how it was in our household. And of course, being a somewhat strong-willed young man, many of the times we were together were spent in what I’ll call the “corrective” mode: the ubiquitous “wait ‘till your father gets home” model of that time.

My point is that he fell into the background most times, it was just the way it was and I think that may be true for a number of people. And as such, I just sort of took his presence in my life for granted. As I grew into a man, his presence waned; the falling out of two or three years when I left college, different states, and life in general conspired to diminish his presence. It settled out to seeing him a couple of times each year. As he aged, and especially after the issues with mom, he would actually come here to see me, which was nice. Understand this please dear reader – he was a genuine bonafide hero to me; an amazing man. Highly intelligent (member of MENSA) , strong, athletic, a pilot (he flew the F4U Corsair in the war – even did a carrier landing – as well as flying a private plane when I was a little boy before mom #1 died), an accomplished engineer, and a million other things. But I am sure I never told him that.

I recall a painfully moment; a smelly, putrid moment of my insensitivity – of my humanity (or inhumanity as it were….). We had flown to Colorado to “say goodbye” to mom; from all reports her heart was failing and her time was short so we went out to be with her. As it turned out, happily, the reports of her impending demise were wrong and she recovered quite nicely. When the time came to leave, while heading to different locations, dad and I ended up on the same flight out. He was delighted and asked me to sit with him. But after all the time we had just spent together coupled with all the emotional chaos I had gone through with mom, I was weary and had really been looking forward to just chilling out with a quiet mind-numbing flight – alone. So I told him we had assigned seats and couldn’t sit together.

I’ll not soon forget that look of disappointment in his face despite the number of years since gone by.

They finished boarding, did their preflight, and we rolled out to cruising altitude. And that’s when I heard my name. Over the public address system. By the flight attendant. Asking me to raise my hand: “your father would like you to come sit with him – please raise your hand so we can move your seat.” I was mortified; not a fan of public attention (now or then) but especially not in a plane full of people, all with absolutely nothing else to do but focus on my dad and I. And so I stood – stooped actually if you’ll picture the overhead baggage on a plane – and worked my way to the aisle from my window seat, staring into the faces of every single person in the aircraft as I worked my way back to the seat next to dad.

In retrospect it is a warm memory; he so wanted a little more time with me that he had the flight attendants move me. I was just so embarrassed by it that I was unable to express my appreciation that he wanted my company. And so went the flight; we chatted about sports, work, and about life in general. But I never thanked him for asking them to move me. There’s always tomorrow – right? He’ll always be around…..

I received a call that dad was in trouble, he was in the hospital and they were struggling to improve his condition. I made the six hour drive one Tuesday night after work, planning to be there for just one night to meet with the doctors the next day and straighten out his treatment plan, visit dad, and then bogey back home.

Nothing went as planned.

The meeting with the doctors for his treatment plan turned out to be a discussion on “comfort care” and cessation of medications. The one night turned into a week. The visit with dad turned into a death watch; a silent morbid task of waiting for the last breath. His eyes opened, for a short period of time the very first time walked into the room on the first day. He looked into my eyes and his hand raised up a few inches searching for mine. When his eyes closed again seconds later, they were never to open again.

And so I spoke to him for the next five days; at first memories of my childhood and my time with him, then about my life overall. Then I ended up reading the closed captioning to him from TV: the news, sports, weather…..whatever I could find that I thought might interest him. And during that time, I think I might have finally told him what was in my heart, how I felt about him. Still probably not everything but I think, I hope, I expressed much of it. Of course, I will never know what, if any of it, he heard. Too little, too late. In my case, there is the truth of what I began writing about, as well as the exception. His departure came unannounced, but I did have some forewarning. I knew he was leaving, although they couldn’t tell me if he’d last an hour a day or a week once we stopped the meds. But the time, the warning, was moot as he was unconscious and uncommunicative.

I took him for granted and I regret that. I took my father in law for granted as well. He was my second father, as equally a hero as my own dad. He was almost the opposite of my dad in many ways; so much a hand’s on man. He taught me electrical, plumbing, carpentry, auto repair, and a thousand similar skills. We fished, we flew model airplanes, and we hung out. I was with him since I was eighteen and we became father-son through those years. I knew how he felt about me and I hope he knew how I felt about him – think he did. But even at that, I took him for granted; that he’d always be there. And he is gone now too.

My message on this Father’s day, my lesson of life, is that it is all too easy to let petty or unimportant things interfere with living and loving our precious people. Be it your dad, your mom, or your sister….leave the silliness behind and reach out to reconnect and say what’s in your heart. And do it today; don’t assume there’ll always be tomorrow to do it because one day tomorrow will never come.