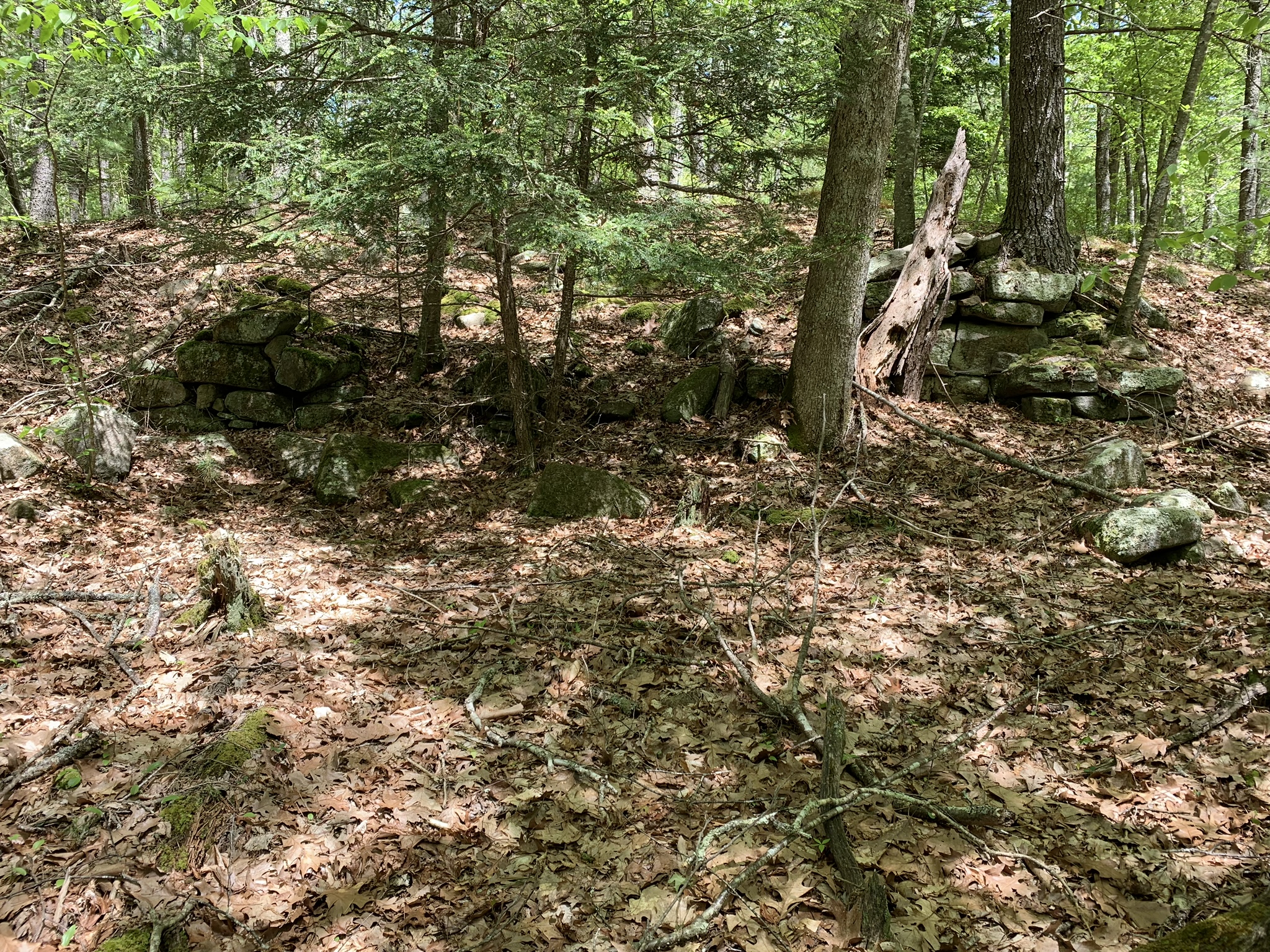 We went for a hike yesterday; intended to be around 4 hours at approx. 8 miles. We dragged our tired selves back into the truck 6 hours later after 12 miles on trail, and not easy miles either – some tough ups and downs through deep ravines and up some serious ledges.  Now, when we were hiking a lot something like 7 or 8 years ago, we felt unsatisfied with less than 10 miles and 12 miles was a decent hike – we had often gone above 15 miles. So why this focus on yesterday’s hike? Well, first of all, we set out to do 8 and were not planning on doing 12. But also, up until last week we hadn’t hiked in 7 or 8 years; we did 3 miles to start ourselves off gently and then did two 6.5 mile hikes. So moving ourselves up to 8 miles seemed reasonable. But not 12 miles!

Ultimately, we did fine; we were tired and a little sore, but still walking (and laughing) when it was finally done. And I am not surprised by that either; I knew we could still do 12 miles. So why this missive? It wasn’t the mileage, it was the surprise of the mileage – the unintentional mileage. I guess the easy explanation is we got lost. Sort of. Although I don’t like explaining it like that.

First off it is a small state – the smallest in the nation. (Although for at least part of the hike we were in Connecticut and not Rhode Island.) It is hard to get truly lost in little Rhody. And these were (mostly) marked trails. And I had a trail guide (a 30 year old guide, which will be pertinent in a couple of paragraphs). And beyond that, I had my iPhone which was able to immediately pinpoint my location on a map. So…..”lost” is a bit of a stretch, I prefer to say that I was not exactly certain where we were for several different periods of time through the hike. The first time really led to the second time, as you’ll see momentarily.

At around the 5-6 mile point, the book tells you that the blue blaze trail you’ve been following for the entire hike will turn left, but you need to follow the white blazed trail to the right. Sure enough, we broke out of the woods onto an old logging road and the blue trail shot off to the left. Perfect. Except that there was no sign for the trail we were supposed to be on, as the book said there was, and there were no white blazes anywhere. So we stayed on the blue trail. We hiked on for 10 or 15 minutes and I began to second guess myself. We gave it another 5 minutes and I decided to turn back to the old logging road.

Knowing the book was old and seeing that both sides of this old road were lined with 5-10 year old new pine growth, I took a leap of faith and assumed the white blazes were no longer visible and that the trail’s name sign had fallen off and not been replaced. And we headed down the dirt road. After 15 minutes or so we ended up at an opening but staring at four or five “no trespassing” signs. Recall that I mentioned my phone; the GPS placed us in the general vicinity that we should have been in. Of course the trail we were following is not part of Google maps so it simply showed us in the woods, but it did show a couple of the old dirt logging roads; just not the one we were on. There is a fairly large pond that we needed to pass right by in order to get back; I remembered that from the last time we had hiked the trail and the trail guide clearly showed it and talked about it. And Google map showed the pond. So I had a good idea where we were in relation to where we need to be. The devil though, is in the details, and getting there was the hard spot.

We ended up taking an unmarked trail that while on the phone showed to be moving us in the right direction and sure enough, after a half hour or so, I began to recognize the terrain we were passing and soon enough, the pond appeared on our left. Perfect. The book said that shortly after passing the pond, the yellow blazes would swing left off the old road into the woods and we would follow the yellow blazes back to almost the end. So we swung left and followed them – for at least 15 minutes – until I realized that the pond I was seeing to my left was the same one we had passed by earlier. Unfortunately we should have left that pond well in the rear view mirror. And there was supposed to be a cutoff from the trail down to a natural spring that we should have seen within 5 or 10 minutes, but hadn’t.

So I reread the trail guide and it said what I had read the first time – to follow the yellow blazes. So I went to the trail map and realized that we were on an entirely different trail that would take us nowhere near our truck. So we doubled back (another 15 minutes) and saw that the yellow blazes did indeed turn left into the woods off the dirt road; but they also continued down the dirt road!

Bottom line is that we reset our course and ended up getting back to the truck without further issue. And within minutes of getting back on the right trail we did pass the cutoff to the spring. But the time spent with the several forays in the wrong direction coupled with the time to reverse direction, added two hours and four miles to the hike.

But while this is a nice little personal experience that I really am not proud of (been in the woods way too many years to have made these mistakes) it is not the point of my writing. There are actually several lessons in this, which I’ll touch upon, but there is a whole different reason for me to write this which I will (hopefully) get to shortly!

First off is that when things don’t go exactly right, you stop, assess, and reset your plan. You can’t just throw your hands up in the air and gnash your teeth deep in the woods – that won’t get you home. You can’t be stubborn either – you can’t insist that you’re right without at least considering the alternative; you have to be willing to accept that maybe you made an error or misread the map. You can’t get mad at yourself either; anger does not serve you well in these circumstances – you have to maintain a sense of humor. And we did, laughing throughout much our travels on of the errant directions (although at times a little too close to insane laughter for my liking) lol 🙂

But as we wandered through the woods on the trails and old roads, we did not see a single human. The only person we encountered was when we were about 5 minutes from the truck. That one aside, the entire six hours we were alone. And as we strolled, everywhere we looked were spent traces of human life long since gone: the roads themselves which were once the main thoroughfare for people, stone walls absolutely everywhere running in a thousand different directions, and the occasional cellar hole or cemetery. Signs of life that no longer exists – at all. No occupants out there anywhere and there haven’t been any for well over 100 years or longer.

The headstones in the cemeteries were all largely illegible from age, but some of the dates I could read were 1840’s and 1850’s; one was 1757. People who lived there, farmed there, raised families there, and died there – all now gone. They had short and hard lives, but I suspect also very fulfilling ones. There was no internet, no TV, no electricity, no stores, no cars; none of the things we take for granted as part of our lives. If you wanted heat you made a fire – in the chimney you built – in the house you built. You lived mostly alone, in the deep and dark woods, with no lights. Horse trails were the primary means of getting from one place to another, some widened sufficiently for a wagon. If you became ill or injured you hoped someone else in the house could care for you because if there even was a doctor somewhere, he was a hard ride through the woods in the dark.

It was a very different life than today. A wrong turn on a cold winter day for them could well spell death; no cell phone with GPS to redirect you. There was no hiking for pleasure for them; if you were walking through the woods it was to gather supplies or to go somewhere. It had to have been a very isolating and challenging life for those folks. Yet they persevered. The ground out there has rocks sticking out everywhere you look – big ones – rocks on top of rocks. I half wonder if all the stone walls were merely a means to get rid of the rocks (joking….). There are cairns – rock piles – everywhere from when they tried to till the soil to grow their food. Yet they persevered. Looking at the cemeteries, many had the same surnames that ran through decades – evidence of their perseverance through the hot New England summers and the frigid New England winters.

Certainly the land is beautiful – absolutely breathtaking. There are deep and dark ravines with rocks spewing forth from every conceivable angle like a giant child’s play toys left behind. Water runs freely through the woods and it rises and falls above and below ground only gurgling to indicate its presence in some places. It gives birth to all sorts of vegetation, but especially ferns and moss. Every hue and shade of green ever visualized exist there, each outshining the either with beauty. The land is rough and hewn from coarse tools creating a harsh landscape but the living paintings of vibrant colors make it tranquil and mesmerizing. This is the land in which they lived and died. And it is now empty and abandoned except for the rare hunter or hiker and the occasional trail riders. Their entire world has come and gone and barring the stones left behind in the walls and the graveyards, one would never know. Thinking on all that really forces a whole new perspective on life and time.