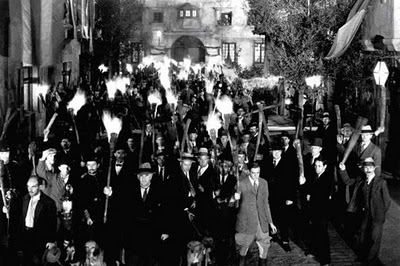 In all my years, I am quite certain that I have never seen this country so divided, so fractured, so compartmentalized. And not only is it torn asunder, opposing views and opinions render vile and venomous replies to each other. There is genuine hatred for those of a different opinion – no tolerance for a thought or opinion that does not conform.  And it’s across the board – there is no subject that does not present the opportunity for a battle should one utter the wrong thing: politics, economics, social issues, environment, etc. I recall studying the fall of the Roman Empire in college and how as society began to fragment and crumble, great numbers of very packetized and very belief specific splinter religions began to spring up, each offering potential followers a path to relief from the strife of life. Troublesome.

I am a somewhat regular user of Facebook, but certainly still fall into the category of a light user. I scroll through the feed and try to like or comment positively on friend’s posts and get a few chuckles here and there. It has become more important to me since I retired as it is my sole means of staying connected to friends and people I care about that I have known for years at work. The other day, I came across a post from a FB group that centers on puns. A pun, of course, is intentional intelligent play with words to create humor from duel meanings of words. And I came across one that referred to the Sandy Hook tragedy. For those who don’t know, Sandy Hook is an elementary school in Connecticut where a gunman shot and killed 6 adults and 20 children in 2012. The children were all six and seven year olds. A good friend of mine lost his grandson in that horrific event. Another friend’s son was a first-responder and the descriptions of what he saw inside would make you cry or retch, or both.

I could not scroll on, I could not ignore it; I had to leave a comment to the post detesting the subject matter. I might as well have clubbed a baby seal and posted the video; the hateful attacks ran on through the comments all day; about how I was an idiot, I should go volunteer for euthanasia, and the obligatory outpouring of profane suggestions of what I should go do to myself. Not unexpected. But still shocking in the close -mindedness, the hatred, the lack of compassion, and complete intolerance for someone with a different perspective than they.

Now to be fair, there were modicums of truth in their rants and rages at me; it is a free country and they are certainly free to make jokes about whatever they choose. But they could not seem to grasp the implications of doing so in a public forum as opposed to their basement or garage with like-minded friends. To go out and publicly display humor this black is not edgy – it is incendiary. And frankly, it was not even humor. I could spot them a “damn, but OK I guess” if it was a joke, a pun, or funny. But it was none of those. It was a weak feeble attempt to shock and provoke; nothing close to humorous – there simply was no pun. Of course attempting to point that fact out only doubled their efforts to infer that I was a low IQ illegitimate who lived in his parent’s basement. (Pot calling the kettle black?) Regardless, it was extremely sobering – not that the pun was posted but rather that I dare questioned it’s validity on being posted publicly. And that intolerance for any view other theirs carries through to everything in their lives and that is frightening.

But wait – there’s more! There were even some number in the comments who were convinced to their core that the shooting never took place; it was a hoax, staged, never happened. Wow. As I stated earlier, I heard the graphic details of the first-responders and what it did to them – to this day they carry that horror seared into their minds. How does one profess to have an ounce of intelligence and declare such a horror a hoax? Yet they’ll lash out at you to draw blood dare you question it. That is what this world faces today: irrational, uninformed, close-minded, hot tempered, intolerant folks who would rather beat a person to the ground and spit on them, than listen to a different opinion and consider it.

After one or two attempts to respond with logic and rational thought were immediately drowned in a sea of expletives, I quickly left them to fall upon each other in the comments sections and argue amongst themselves. And it is certainly easy enough for me to scroll past future such posts and avoid the whole intellectual indigestion, but the reality is that these folks walk through life beside us each. They serve us our food or repair our vehicles of deliver our mail – maybe even diagnose our illnesses (although judging by the atrocious spelling and grammar I doubt that). So while we can avoid their ignorance in posts on Facebook, we can’t escape their apish behavior while they are seated next to us on the bus.

I have a million theories on “why”, but no real answer. It is my personal belief that we teach by example; I always tried to lead by example when I worked (“when” <smile>). And I try to do the same in life overall; to show compassion, mercy, forgiveness, openness of opinion, transparency of thought, and just kindness in general. I do so in the hopes that someone will either walk away as a recipient with the knowledge that there is another way, or as an observer with the possibility of that. And that’s all I know to do. Now if I could just learn this behind the wheel while driving……hope springs eternal!

I’m an archaeologist and my life is in ruins. Learning how to pick locks has really opened a lot of doors for me. I hate negative numbers and will stop at nothing to avoid them. Now those are puns…….enjoy your day dear reader!