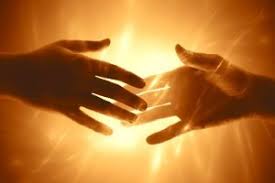 There is little more joyous than rediscovering a precious item thought long lost; be it an inanimate object such as a photo or a ring or similar keepsake, or something as beloved as a pet (runaway – not Pet Sematary!!),  or even a friend thought lost forever in life. You (typically) gone through your stages of grief: you mourn it, you rage at it, you make your concessions, and you move on – diminished at your loss.

The rediscovery, the reconnection, is of course a total surprise – shock, delight, and depending on the importance of “it”, even a speechless moment of raw emotion. I lost my high school class ring while swimming in a pond; I can still recall the feeling of it sliding off my finger. No big deal, I figured as I bent down to feel around for it. A half hour later I had to concede to the fact that I was leaving that pond without it. I went back to that pond countless times over many years – I still go there – but have accepted the loss and moved on so I no longer search for it. But while just a ring, it was a difficult loss. Sadly, there never was a reconnection with that ring, but now that I am retired and have a brand new metal detector – the possibility of a reconnection, howsoever remote, leaves that door ajar.

I remember having a cat disappear for weeks – maybe even months – and then turning up home again. We never did learn where she had been, but the moment of seeing her again that first moment was exhilarating.

We once went on a trip and had left the dogs at home to the care of our kids; someone came over several times a day to let them out and feed them. We arrived home after 11pm and although exhausted from the day’s travel, I was beside myself with anticipation of seeing the dogs, but most especially my Sam who was the most lovable and emotive dog you’d ever meet – almost a caricature of a dog. I opened the door as they both excitedly barked on the other; you could hear the joy in their barks. They both pushed at each other as they rushed to me, one jumping up on me and licking my face and the other……straight past me into the woods. Yup. Sam made a run for it. He stopped for an instant with my yelling to him and looked back at me, then turned and disappeared into the night. I walked about and called for him for over an hour, but no Sam. He was gone. My head fell heavy on the pillow that night, or actually early morning, feeling as if he was gone forever. But the next morning, there he was: covered in mud and filth, tail wagging, begging to come in. A reconnection – nothing quite like it.

We all do it with food too; we’ll recall a pie or cookie or the like that our mom or grandmom made us when we were little and the memory of it tugs on our heart as we revel in the memory and mourn its loss. And we often go seek it again; pour through recipes, try countless varieties to see if we can find one close. For me there were two: mom’s ice tea she would make every single night in the summer for supper and her apple pie. Happily she passed her cookbooks to Teri and buried within them was the apple pie recipe. Dear reader, I’ve eaten thousands of slices of apple pie and none have even approached the taste of hers; to the point where I wondered if it was the memory was idolized and inflated to an unreal level – perhaps I was recalling a taste that didn’t truly ever exist. Well she made me that apple pie from the recipe and let me tell you – I was 12 years old again. It was incredible – words can’t do justice to the feelings and emotions of tasting that pie again!! It remains my favorite special treat. In fact, I suspect Teri’s pie may be actually better than mom’s…..but still built upon that marvelous recipe. Reconnection.

As to her ice tea, I spent months experimenting before I was able to at least sort of reproduce it. How many tea bags, how many lemons, how many limes, how much sugar…….all of those variables took seemingly forever to achieve the right balance and ratios. Yet finally I managed; we call it “love potion” in our family. My father in law used to go nuts for it; he always (lovingly) called me the junkman; but when I made that tea and he tried it, I became the brewmaster. I still make it often in the summer, likely more often now that I am retired. And every time I take that first sip of tea, I go back to being a teenager on a hot July summer’s night. Reconnection.

We awoke last Thursday to a beautiful day and decided to go for a hike. In Rhode Island, we don’t have great elevation changes anywhere – I believe the highest elevation is 812’ – so a hike in our state does not have a tremendous vertical aspect to it. Don’t get me wrong, the state is very craggy and ledgy which can afford some fairly challenging rambles through the deep woods. While not “hiking” as one might think in the mountainous states, a hike here can still stretch you. Seeing that we hadn’t really hiked in maybe 8 years, we started small with a 3.5-mile that had some decent elevation changes.

Having been away from the woods for so long, getting back to it was…..intoxicating, perhaps……euphoric, I think. It was like going home; peaceful and tranquil and lush. One can never underestimate our connection with nature. It is, after all, our roots (pardon the pun!).  The mix of what has to be over a thousand shades, tones, and hues of green are simply stunning, effortlessly blending with equally as many colors of gray paint an all-encompassing canvas or reality that can be experienced nowhere else. The silence envelops and embraces you in the deep woods; any sounds such as a running stream are heard clearly and crisply thanks to the surrounding silence, taken to the next level if you will….

Further along in the hike the trail enters a huge stand of pines. There is nothing more majestic, more sacredly peaceful, than a stand of pines. The two thoughts that invariably enter my head upon coming into one are sacred and cathedral. The peace is almost overpowering; almost unconsciously you find that you don’t want to speak in more than a whisper – it is that awesome, that special. The slightest baby’s breath of wind creates a whisper from above that is as close to a seraphim’s celestial lullaby as you’ll ever experience on earth. A reconnection – there is nothing like it.