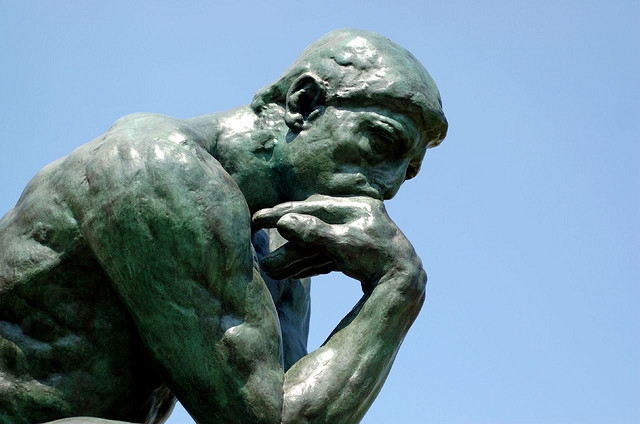 So dear reader, I sit and write on a rare Monday morning away from work; using some PTO to celebrate my birthday last week. It is still early, too early to head off for our short getaway destination, so I am relaxing with a cup of coffee and my PC, reading up on all the weekend “news”. Yes – “news”, not news. I write it that way because there is no more real news – at least that I’ve found in my searches. It used to be that the news reporters would factually report what had happened and let us figure out how we felt about it. But now, they tell us how we feel about it and let us try to figure out if it actually happened.

We, as a society, are absolutely obsessed with stubborn ownership of our opinions and the overt demonstration of anything that, in our minds, proves us right – even if we have to invent the “facts”. Yes, lie. Or at least present a half-truth. We’ve lost sight of objectivity, of rational thought, of free speech, and of any form of perspective. We used to be a society of free-thinking people capable of lateral thought – an analog thought process that allowed degrees of belief and recognition that someone who held the opposite opinion might actually hold some fact and truth in their perspective. We could read about, or watch, an event – whether political, social, environmental, or whatever – and make up our own minds about how we feel about it. Trust the facts, analyze the data and previous knowledge, and make up your own mind where you stood on the matter. But now the “facts” are few and far between, heavily overshadowed by adjectives and adverbs designed to steer the recipient towards the desired conclusion.

Without meaning to “stir” any pots, some examples from a couple of news websites. First off, with everything going on in the world this morning, the lead story on all the websites is about the Oscars; in particular on the best picture being won by The Green Book. First off, personally I really am not sure I could possibly care less which film won Best Picture. At all. It is barely a novelty to me; a tidbit that does not enrich or fulfill my life in any way, shape, or form. But beyond that, they are not (of course) just telling me who won; they are telling me how I should feel about it. Depending upon the website, without knowing anything about the movie or the intent behind the writer, I am told I should be outraged; I should be enraged; I should be boiling with the injustice of this film winning. Not suggesting it through clever writing – they are actually stating that factually. I have no opinion and I have no choice, it seems. I am told it is a horrible film and I should take to social media to denounce the choice. And people are doing exactly that; most of them having never seen the movie; never having the chance to make up their own minds.

And it just gets worse from there; “news” stories laden with opinion, biased views, and directional writing completely void of objectivity and in many cases, fact. All proffered with the intent of making up my mind for me before I even have the opportunity to read or think about the material. The teasingly leading headlines prepare me to swallow the meat of the “news”, should I be led to click on it with terms like troubling, heartwarming, outrageous, and shocking. Think back to the carnies hawking the midway sideshows years ago: “You’ll be shocked…..” ….”the horrifying sight waiting inside….”……”no one allowed in with a failing heart….” Or think of the horror movies tactics of yesteryear: no one seated in the final 20 minutes, no one allowed in without a vomit bag, etc. They set the emotional stage for us before we ever even walked in; steeped in sensationalism and painting the picture for us more vividly than our imagination ever could. Such is the “news” today.

In fact, I’ve seen “news” articles begin “What John Public said and why you should be outraged” or “Why (pick your headline topic) is so damaging to us and our well-being” How dare they assume I am not sufficiently intelligent or adequately informed to make up my own mind? Let ME decide if I am outraged or not; let ME decide if something affects my well-being. You are free to tell me that not getting enough Vitamin C or D is contrary to my good health, at least as long as you also provide unbiased and factual empirical data. But don’t tell me I should be outraged and need to express that indignation on Twitter because some car in South Carolina has a Confederate flag painted on it. Let me make up my own mind please?

I know, I know…..I am not far astray from my own allegations by broad-stroking the news media such as I am, nor in how I am seeming to imply that most people today are unthinking robots whose emotions and perspective are ruled by what the media instructs them. And that is certainly not my intent. There are a myriad of independent and unbiased news sources out there; but we should not have to search for them – we should not be on guard every time we seek information. And there are absolutely a huge number of people who are free thinkers and let the facts make up their minds and who are more than astute enough to separate real news from fake news – the majority in fact, I believe.

But this is a problem and it is happening in the midst of a societal wave of “not my fault” and “what about my feelings” that is washing over all of the country, the world, with an ever increasingly storm of social media outcries. A culture of expectation and entitlement. And couple that with such pointedly biased and subjective news reporting and all you get is greater strife and less accountability.

Pendulums often swing far; the polar ends are often miles apart from one another. But their path is always predictable and reliable (at least on this planet). While our current morays may be somewhat excessively distant from the core concepts with which I grew up and so fervently embraced, they belong to this current generation and I recognize that – I have the perspective to know that. But I also know that eventually the apogee of the pendulum will be reached and we will begin the journey back in the other direction. And knowing that, I will avoid popular news websites and TV channels and will continue to form my decisions on how I feel about something based upon my beliefs, my principles, and my free thought. And I will not be offended by other folks generating outrage because Twitter told them they should. Alarmed, perhaps; disappointed, for sure; but not offended. Such is one of the lessons in life.