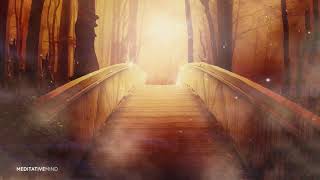 We are all born with the gift of choice. Yes, dear reader, I do recall that one of my earliest posts was about choice and freewill. And truly, if indeed there is a predestined end-state, it does not mean we don’t get to pick our path there. Consider (with a grain of absurdity) that you are born in Arizona and your end state, as cosmically destined, is Rhode Island. You have no choice but to end up there and there you will go. But assuming there is no free will and that we are designed, built, hard-wired, encoded to a very specific final result, there is nothing that prevents us from choosing how to get there. I had no choice but to be the man I am right now, to be the grandfather of three spectacular children. But how I got here was a journey built of choices I got to make. One make take the “as the crow flies” approach and straight line it to Rhode Island. But another may wander up to Montana, over to Iowa, down to Texas, back over to Wyoming, stop off in Florida, and maybe even go all the way back to Arizona before reaching Rhode Island. Predestination final stop achieved by both but with two very different paths, two wildly varying sets of individual choices.

And such, I believe is life. We’ve all read of people who were cruel, violent, scary people who ended up twenty years later bringing puppies to the ill to comfort them. We’ve all heard dozens of rags to riches stories. We almost certainly all know someone who is now nothing like they were as a kid. People grow, change, evolve, and ultimately achieve the end state – the life – they were meant to. Things turn out as intended. That is my belief on the reality of the human journey. But how we get there is up to us.

As such, that potentially suggests some wild scenarios. One might think: “Well, if it will end up as it is meant to be, I can go rob a bank and will end up fine in the end. That may or may not be true; I have no crystal ball. But it may also well be that if you want to go rob a bank, you are inherently a bad person and will end up where such a path would be expected to lead you! It is not a YOLO philosophy; it is not a hands off eyes closed run through life because of the concept of predestination. This are all cosmic and spiritual considerations; ethereal and vaporous thoughts that are completely dissimilar to force and acceleration and mass and all the laws that govern them.

I firmly believe that the laws of physics and nature carry into the spiritual realm; that laws, theorems, constants, and axioms define and decide the end result of spiritual and emotional equations and interactions. They are not defined as are those in the physical world but are often hinted at: “you get what you give”, “do unto others as you would have them do unto you”. Those are suggestions of laws that define the spiritual side of our lives just as Newton’s do for the physical side.

Feelings have a vibration that resonates throughout all our lives; fear, joy, love, despair all have a unique frequency or tone. The blends of each of thoughts and feelings on any given moment produce vibrations and tones that are music; songs many of us only rarely catch sound of. But in reality, as I consider it, the air around us all is filled with the songs of others: soulful, joyous, chaotic, or whatever reflects and describes their inner feelings. I’ve written of this before and just in typing this feel that I want/need to do so again in a future missive.

I think where I am trying to lead you, my dear and by now confused reader, is that we can choose and decide how we get to where we are destined to go. That there is a choice to turn left or turn right at any given time. But I also believe that these choices – these decisions of free will in a world where we our outcome is predestined – are all influenced by the tunes and melodies of others we may not actually hear. Somewhere, not yet defined, exists a law that decides who we pair ourselves with as friends, confidants, and loves throughout our lives. And all those relationships are predicated on the blending of spiritual and emotional songs our souls play. And in that, lies the wild card in our genetically driven, nurture guided, predestined lives.