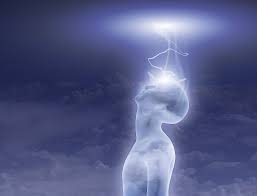 You’ve likely heard Einstein’s famous quote on relativity: “Put your hand on a hot stove for a minute, and it seem like an hour. Sit with a pretty girl for an hour, and it seems like a minute. That’s relativity.”

But the key to that is his use of the words “seems”. The veracity of his statement pivots on that word. Because were you to pull out the world’s most accurate timekeeping device (or any old watch for that matter) we all know that a second is a second; at least here on this good earth. The time is constant; but one’s perception of that time is not. And therein lies the reality, the danger, of relying on perception for our reality. The heat of the moment can make seconds seem like hours or hours seem like minutes.

So how do we separate our filters from reality? How do know what is real and what is distorted by our own perception? Never easy dear reader, never easy. If you were raised in an overpoweringly political household, you will likely never fully appreciate the views of the opposite side; the core values may just be too deeply engrained. Sadly, an upbringing in an intolerant, bigoted, hatred, and close-minded environment may well perpetuate those values throughout a lifetime. Part of reconciling those ingrained values begins with self-examination and recognizing them, followed by accepting that those values may indeed be altering reality, distorting the truth. At the very least, once we accept this, we can begin to compensate our openness, our behavior. And once open to taking in new information, the seeds of change are often planted.

We can also use our intuition – trust your gut. Initial emotions and feelings can often be harbingers of truth. Intuition is not well understood or accepted. It is often dismissed as coincidence or statistically anomalous. But it is a gift imparted to each of us and is often underutilized. And we should all strive to better understand it, listen to it, trust it, and use it.

Now I am not talking blind faith here; there is balance required in all things on this earth. For example, many years ago I was the individual responsible to oversee the specification, installation, and subsequent utilization of a number of extremely large steam boilers to heat our nearly 700,000sqft building. I had to learn a great amount about steam and boilers very quickly. (As an aside, it is a fascinating subject and I urge the curious reader to go read material on it.) It was a project fraught with issues; issues which placed great risk upon the well-being of our facility as New England winter weather is quite severe and places a huge strain on heating systems. As a brand new heating system I knew we were at great risk so I thought long and hard on how best to provide oversight and care for the system to best ensure we did not experience a failure during the winter. One of the things I implemented was to have a maintenance person visit each boiler room daily to record gas and water readings. I did so because I needed those readings for data with use in efficiency calculations. But truthfully I only needed that data for a month or so but I kept the requirement in place for as long as I owned the heating system. And I did so because it forced someone to go into the room, daily. And that afforded us the chance to notice even the slightest change in operation early. And it did so without making them aware that is why they were going in; it allowed them to perform a primary task while their senses unconsciously performed a secondary task. They looked, they listened, they smelled, and they felt; they used all their senses, in the background, while taking gas and water readings. And they identified minor issues creeping into the boiler operations early, while still minor, and before they became serious and impeded upon our ability to provide heat.

So you see, I did have a wide and detailed stream of data coming into my computer that allowed me to study and analyze all facets of the boilers’ performance. But I did not rely solely on that data. I used personal observations of my maintenance personnel to supplement that data. And I allowed them to use their senses, in the background, while focusing on a different task every day in the boiler rooms.

Much the same with intuition; do not rely on it, use other sources of data and input as you journey to your conclusion. But let it run in your background as you evaluate all the data available to you. Don’t rely solely on it, but use it as another tool – one which taps into your internal senses. Trust yourself. But only once you understand what past experiences may be filtering what your intuition is telling you.

Life is hard; good choices are hard. But we’ve all been given the tools to choose wisely and carefully; we just need to use them properly and never to rely on any single one of them. So next time you have a hunch, pay heed and examine it critically – it just may take you in the right direction.