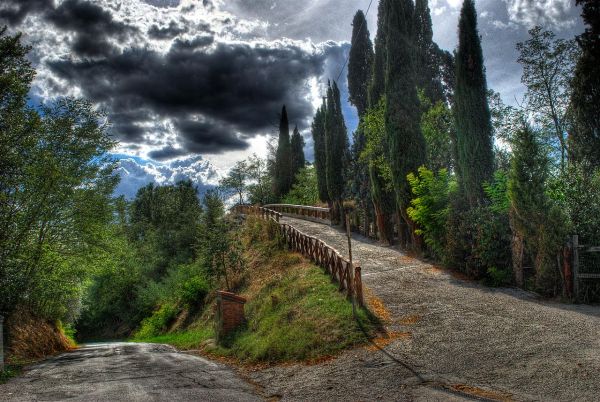 So, dear reader, a short lesson on human nature, male ego, and one of the gifts of age.

My morning commute is around 12-15 mins; local single-lane road for a handful of miles then onto the two-lane for a mile or so into the facility complex. Bear in mind that my trip begins around 4:20AM. Typically I see anywhere from none to a couple of cars; very rarely more. I love the mornings I see no cars the entire way for some reason; find that very cool because the return trip around 5:30PM is usually stop and go bumper to bumper most of the way.

The other morning the entire trip consisted of two car; me and another who showed up behind me only a minute or so into the drive. Just us two cars, the whole way in. And we got into a fight.

Yep. Only us two and we found a way to fight. Ridiculous.

The whole way up the single-lane road I drove my usual 40-42 MPH on the 35 MPH road. There is often a solitary police cruiser somewhere along the route and why chance it? But the guy behind me apparently felt that this was too slow; guess he wanted more like 45-50 (which I understand). He made a couple of runs up onto my bumper and back but I remained resolute in my speed. Once we got onto the highway in, he immediately swung around me to the left and blasted past me. No surprise there; expected that. But then he cut back into the right lane in front of me. Still no big deal.

But then he slowed down – a lot. And I ended up running up on him before I could react. Not terribly close but enough to now really set him off. So he slammed on his brakes and we both jacked up. Repeat times two or three more evolutions of close up, jack up, slow down, and speed up. By now I was frothing at the mouth as well. I was ready to pull over and have it out. And if he had pulled over to finish it, we’d have had at it. But he didn’t. He continued, slowly, most likely trying to entice me to pass him so we could start over. And I stayed one car length off his bumper, down from 65 to around 25-30. We slowly sped up and I slowly let the gap between us widen. He turned into his parking lot and I didn’t follow.

Understand that years ago I’d have followed this car to Kansas if I had to; certainly would have been glued to his tail all the way into the parking lot just to have my say and whatever else came with it. And believe it or not, my goal was usually not physical confrontation. I preferred to have my say, argue a bit and end with some measure of mutual understanding. And that worked a lot of times; not always, but a lot.

But age and time has taught me that having my say isn’t so vital anymore. My say is just my opinion, my perspective. And he has his. And neither is necessarily right or wrong; just different. So rather than exchange opinions – loudly – to each other. I let it go. I have no idea what he thought and really don’t care. He was either relieved or felt the victor; either one was fine with me. It was my gift to him, despite the initial willingness to get out of my truck and roll around in the road with him. A gift of age to me; wisdom and the ability to walk away. Not always easy, but always an option for all of us.