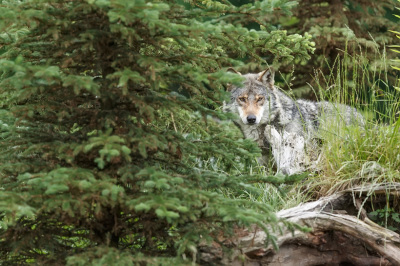 Or better said, Where’s Wolffie? There is no excuse for the prolonged silence on this blog, except to say work has been…..let’s see now, what is the best word? Busy? Nope; doesn’t even come close. Hectic? Still not close. Chaotic? Better but still too diminished. Tumultuous? Getting there…..definitely moving in the correct vector but workable. Bat shit crazy? Hah, now we’re getting somewhere!!

How best to summarize? My director retired. Not just a director but a friend; a comrade in arms, an ally, a wingman. He handled the high cover, gave me air support, gave me what I needed to succeed, and all that with a bit of spin doctor mixed in. We entered the fray together, he new to Quonset at the start of 2013 and me, approaching 40 yrs at Quonset but a brand new manager. And he quickly ended up moving me from Facilities to Quality, a move that made me gulp and breathe deeply when it occurred. Quality was broken and he – we – were to fix it.

It was, has been, a five year struggle – toughest five years pf my career. And most successful years as well. Quality will never be the fair-haired darling of the bunch; it will always be the red-haired stepchild. The joke in Quality has always been that if you’re in QA and want a friend, get a dog. It’s just the nature of the beast – how it needs to be.

So while others may not judge my – our – work as highly as I do, I know where we were and I know where we are and we are a highly functioning organization of capable, competent, consistent men and women who perform exceptionally well and uphold the charter of quality while helping the shipbuilders of Quonset meet their goals to the best of our ability. We are deep with talent and strong to the core. We are whole again. And that comes from one who has looked at clouds from both side now!

We are built to succeed. And consider that word choice; to succeed – to achieve or attain one’s goals or objectives but also, to follow one another in ascension to a higher role. We will continue to grow and for every one that rises to a new position, there are numerous others waiting to assume the vacated role. And every posted opening draws numerous applicants from all corners of internal and external to Quonset; all indicators of a healthy organization of which people wish to be a part.

And that did not come easily; it was incredibly hard work, done with a great core team of extraordinary people. And most notably it was done with the help of my steadfast director who, for reasons lost on me, never lost faith in me. And now he is gone. I am thrilled for him and of course wish him the greatest health and happiness in his retirement. But it has left me feeling just a little naked and afraid; exposed perhaps now lacking his high cover.

Don’t get me wrong, I am always up for a fight – always. And certainly now that I’ve handed off inspection and records to others to allow more collimated attention to volumetrics (RT and UT) I have more bandwidth and breadth of scope to take on bigger fights at higher levels. But there is a flaw in the design, a chink in the plan. I am short on time – planning my departure for a year now and well within the window of my final months. I will fight at the drop at the hat; will compete over absolutely anything.

But my time, my life lessons, my reflections, and my clearer understanding of life and our collective role in it, all have tempered my quest for constant victory. I no longer feel the need to win all the time. I no longer have to stand atop the podium. I am content to help others win and celebrate their victories in the shadows off to the side. A team win, a facilitated win, has proven to be just as satisfying. It is how we plant the seeds for the shade trees of the future.

And so I would rather have spent my final days still securely under the high cover of a strong friend and ally who does my PR when I need it and shelters my team from higher tiered fire, than having to essentially solo and fight all the battles. But such is life. And maybe it’s my final life lesson from my years working there.

But wait! There’s more! We have yet another monumental, earth shattering, end of day’s crisis going on. OK, maybe not quite so horrific, but a nasty one none the less. And there is one helluva’ talented, experienced, and brilliant team working it. But it is such a drain on our collective resources. Most nights I don’t get out until 6pm or later yet am still going in at 4:30 am. And it comes at a time when I would have preferred to have had a period of relative calm and routine to adjust to his leaving and getting a new temporary director while preparing for a new full time director. Oh yeah, and moving into a new office.

So summing all this up, I hope there is at least a glimmer of understanding on your part, dear reader, on my silence the last few weeks. I will not promise I will be back to 2 or 3 a week, but I promise to try to post more often than I have.