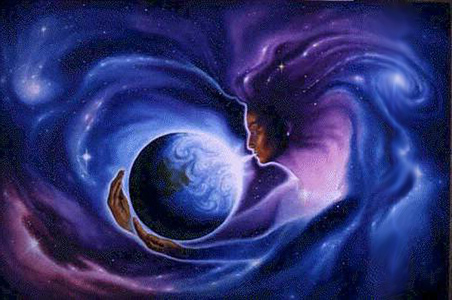 Our breaths are numbered; each and every one of us. No doubt but that we all know that, intuitively. But (happily) we don’t typically fixate on that fact. We take them for granted – breathe in, breathe out….repeat. But there is a number – for each of us. Fixed and unalterable and unknown. There is no way to extend them, add to them, or obtain more.

This is not meant to be either grim or foreboding, dear reader. Rather, a reminder. A gentle tap on the shoulder; a nudge to point out the reality of all our lives. I’ve written on our lack of control in life; the seemingly coincidental outcomes of meaningless random moments each of us experience daily and on how those moments can have such a substantial impact on us.

So isn’t just another conundrum of corporeality? If we really don’t have control and if our breaths are fixed to a specific count – what’s the point? Right? Hehehehe, not really. Our paths, our journeys through life, are truly scripted. But we maintain free will. We consciously select jeans over Dockers, dogs over cats, blondes over brunettes, etc. Even to the level of minutia on a daily basis we select the sirloin over the haddock, the French dressing over the Italian, and Led Zeppelin over Van Halen. Choices we freely make and the universe honors. But decide to be other than who you are? To end up other than where fate and destiny have selected for us? Nope – not gonna’ happen!

We have free will, even when we don’t and we our journey’s destination is predetermined even when we take a left rather than a right. This blend of fare and freedom, while seeming to be at opposites, creates the most glorious possibilities for each of us. It is, in a crude analogy, like taking a child bowling with the gutter bumpers installed. Roll fast, roll slowly; roll left, roll right. It doesn’t matter – the ball ends up where it needs to go – to the pins. Such is our life; choose the city, choose the country. Choose the MINI, choose the motorcycle (or both if you are lucky!!). It matters not; you will be guided, bounced, nudged, and directed to your personal ultimate destination.

Yet there is that nagging question of the breaths. The trick then becomes what to do the count we’ve been given. Consider the function: we typically don’t notice our breaths – they just cycle on, unnoticed. But think about how your breathing changes with life’s moments. Some of mine for example.

I’ll go back through the years, in no specific ranking or order.

I came home from school and my mother told me my dog had been hit by a car and killed that day: sharp inhale followed by almost breathless sobbing.

I was wrestling an away match in at a school in Connecticut and my parents were moving from Rhode Island. I was staying behind in RI to complete my senior year at Providence Country Day. On their way from RI to PA, dad stopped off at the school and got there just as I was preparing to wrestle my second match. I went Neanderthal on my poor opponent and quickly pinned him with a stack (of all moves!) I still recall my breathing – excitedly heavy yet controlled.

I went to NJ to visit dad in the hospital. My goal was to get dad’s health care realigned to get him better and back home. It was planned to be a 24 hour trip. I still vividly remember the sharp inhale as the doctor talked of things such as sepsis, final comfort, end of treatment options. I can still feel the wretched breaths as I signed the termination of care order. And can I still see his barely discernable final exhale 4 days later. I remember the same breathing with my beloved mother in law and father in law when we lost them from our lives.

I remember countless breaths at EB (who my wife calls my first wife). When I first walked into EB after seven years (grade 6-12 if you’re wondering) in a college prep school along with a short stop at Notre Dame, I was so out of place. I was the proverbial fish out of water, I was cut-off’s and tank top at the Met, I was Superman at a Batman convention, I was the clown at the cotillion. I was the easiest Sesame Street “one of these things is not like the others, one of these things just doesn’t belong…” But since destiny had placed me there, I had to stay. I remember the breath I held and wouldn’t release when they told me something had fallen on Pete and he was in bad shape. I held that breath until they told me he had died. The same with Ritchie. And Don and Robert (not an immediate member of our EB family but as an electrician, still was). I recall the deep breath walking into CR/D to interview for manager of Facilities and I recall the equally deep breath walking into the director’s office to learn I had been selected. And I recall the stifled exhale when I was told I was being moved from Facilities (a dream job) and the now immense proud breath of pride in my 5 years as manager of Quality. And I recall far too many long and tired breaths after working too many hours too many times.

I can remember walking along Wickford beach and seeing my wife and her sister for the first time. A really, really, really sharp inhale!!

I remember catching my breath when my daughter was born and that same catch when my son was born, as well as countless times at my son’s wedding and again at my daughter’s wedding. And catching that breath again when I met my first grandson. And then my second. And then my granddaughter.

I remember being breathless too; running downhill so fast my legs couldn’t drive me anymore and the hill began to drive my legs. Riding my bike downhill going so fast that my feet couldn’t keep up and with eyes wide open I had to take my feet off the pedals and go along for the ride just to survive. First date, first kiss, first……well – let’s say honeymoon. Finally setting foot back in Jamaica almost 40 years after my first visit at age 9. And speaking of, staying at the Playboy resort during that first visit to Jamaica! Close calls on my motorcycle. Skydiving. Health scares. Sticking my foot up the chute of a running lawn mower. Going dancing. Some really spectacular hikes. Finding out I was adopted. My first car. My first bike. My first promotion. Ice skating in the deep quiet of a moonlit night. Becoming responsible – countless times. Getting to be irresponsible for a little while. Saying hello for the first time to a number of people who would have a permanent effect on my life. Saying good bye to a number of people who had a permanent effect on my life.

My life is made up of thousands upon thousands similar moments creating sharp inhales and long exhales along with the breathless moments. My point on this Sunday dear reader, focus not on the count of breaths you’ve been given; focus instead on living life such to make those breaths memorable.