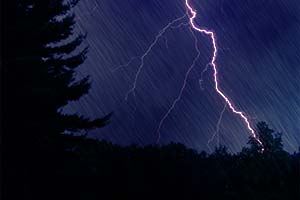 You will discover, through your (hopefully) prolonged and repeated stroll through my thoughts and musings in these posts, that eventually two seemingly very different themes will emerge. I enjoy jumping into the pool of the ethereal and splashing about with great abandon. Vibrations, music of the soul, the spirit, and especially on the impact of perspective as it filters and alters our perception of any given moment. Light, fluffy, airy topics….

But the other path that will be offered to you to wander down, dear reader, will be of aging and my internal struggle as I approach the incredibly difficult decision of not if, but when, to retire. Recognize please, that this is a selfish trail – my personal path – and I know that. But trust me in that there are still lessons to be discovered along this trail, for all.

The thoughts and ideas of each theme will be incredibly different; of this I warn you now. The former is play – it is a gentle walk with meadows and flowers and gentle brooks. It is light, imaginary, delightfully image provoking, and hopefully thought provoking. It is about ideas and concepts; mental yoga. But all for fun and a maybe some betterment of your personal life.

But the latter – oh my – the latter is real and transparent and is a (sometimes) harsh reality. It is my life and my personal struggle through this journey. It is far the darker of the two paths. It is overcrowded with rocks, vines and gnarled trees, all readily poised to trip you. The lanes of travel are covered with growth and will confuse you as to the right direction to follow. It is heavily overshadowed with dark skies cloudy with self-doubt and indecision. Winds of fear and trepidation constantly whistle above and toss the branches and overgrowth wildly to and fro creating an accentuated foreboding atmosphere of dread.

Retirement is a huge deal, as you will come to read. As a working man all my life, I have enthusiastically embraced the concept of retirement as I warmly congratulated others upon their decision to do so. “I am so happy for you” I would say…….”You did it – you grabbed the brass ring” I would tell them. And that was truly how I felt. I had no idea though, at the turmoil that had to have been part of that decision until now. At least for me, now.

Much, if not all, of what I am (to me, internally – my self-image) is all about what I do. My job is me. Before you judge, think about it. When two men meet, what is the single most commonly asked question in the first three minutes?

“What do you do for a living?”

We don’t ask what their hobbies are, what books they’ve read most moved them, what their favorite song is. We ask what they do. And that is very defining to a man. Again, I am not a woman and I do not know how they feel and think, but I have to believe that in today’s world, this is becoming a universal truth.

I need to be completely honest here. Through my writings you may often hear me use the masculine gender when referring to people. I am a man and that is all I know. I do not know how it feels to be a woman, but I do know it is very different at times. And it would be arrogant of me to make statement that infers that I think I know how a woman would feel. I do not want to appear chauvinistic, but as a young writer I was taught to write about things I know and to never assume or guess at something while you write.

I began working somewhere around age 11. I started as a caddy at a local country club. One round of a single bag on only one day the first year. Then I progressed to doubles; double bags, single round, then double bags, double rounds, both days of the weekend as I grew older. Around age 14 or 15, I went to work on a sport fisherman boat out of Wickford Marina. A beautiful 40’ Viking loaded with teak, which I learned quickly, requires a LOT of intensive care. He was a corporate lawyer; a great guy but not a seafaring man. His boating skills were lacking – well, most everything. He tried, but it just wasn’t there. Initially I was hired to care of the boat, by my last year with him at 17 I did all the piloting from dockside to destination and back. The job was a minimum 40hrs a week at $3/hr cash, under the table. That was huge money to a teenager in the early ‘70’s. I never saw much of it – went from my pocket to mom’s hand! Four days a week were weekdays and were all about maintenance of the boat – polish the chrome on Monday, vacuum the cabins and wash the windows on Tuesday. Then Wednesday and Thursday were all for the teak. Strip it, clean it, and brighten it on the first day, then seal it the second day. If he wanted to go out on the weekend, I would get there early, open and prep the boat, start the engines, and stand ready for his arrival and our departure. Sometimes if it was just he and I for a fishing trip, he’d let me pull in every other fish. Truly a great boss!

A few odd jobs and a little college in between and at late 18 yrs old, I end up working at EB in Quonset and I never left! Many, many jobs there, starting as a burner grinder and then welding/fitting. Did some inspection work, warehousing and supply work, ran the rigging loft, test records, and metrology at different times. There was an absolutely spectacular 15 years in Facilities Engineering where I think I learned more from a technical perspective in those years than in any others before. I attained manager, briefly, there, then was asked to go back to QA, where I have been for the last 5 years, <ominously> with maybe one more to go.

My point is, I’ve been a shipbuilder my whole life – in my 44th year (something that still amazes me). And I’ve always had a ready answer when asked that ubiquitous question: “what do you do?” What to say once I have finally crossed my personal Rubicon? “I used to work at EB” maybe? Past tense; time gone by; diminished. But it must come, like death, to all of us. And maybe that’s the fear; on this great life, none of us know how many stations we get to stop at, and then still proceed onward aboard the train. We don’t know at which station the train shall stop, and you’ll be asked to step off. No one knows which is that final stop, until it is that final stop. But we all know when it is closing in. And when you are active, robust, contributing; when you have meaning and a role, you feel vibrant and alive and far from the alternative, from that final station. But when you stop working, when you retire, you are intentionally moving closer to that inevitable conclusion. And perhaps, that is part of my angst.