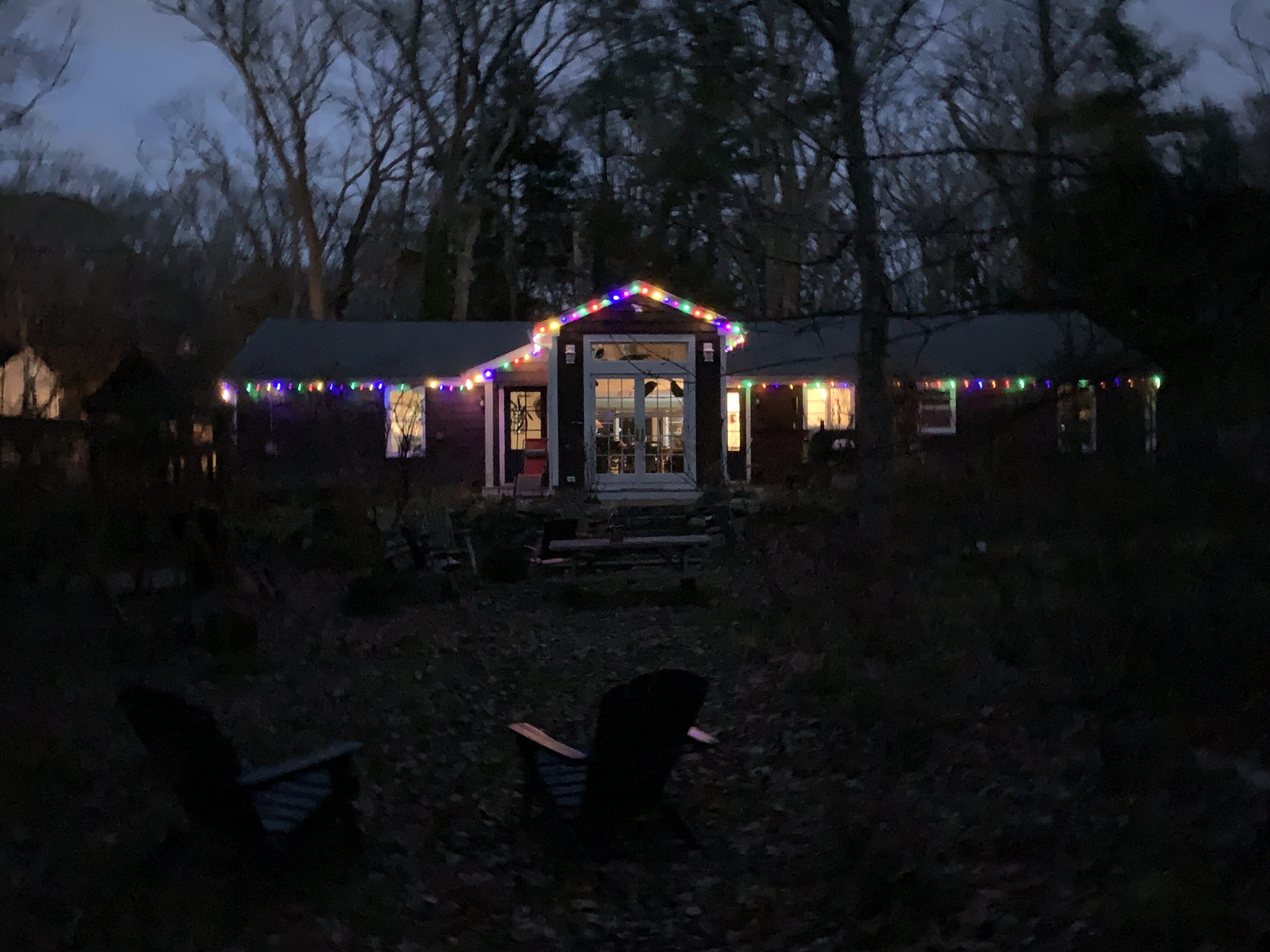 The more I sit and observe and ponder, the more I am convinced that the path to restoring unity in our country is shutting down social media and immediate cessations of any news media not fully and completely fact-based and unbiased. People are scared, people are frightened, people are frustrated, and people are angry. And in this state, the incessant tsunamis of misinformation and scare tactics make knowing the truth impossible. We need a time-out from the internet and cable news. Give us local news, give us Netflix of whatever, but no Twitter or Facebook or Fox or CNN – they are too wildly irresponsible and serve no purpose in these times.

Of course that will never happen. So the next question becomes, how do we mitigate the impact they all impart upon us? I see a lot of friends dropping off of Facebook lately, and I laud them for what they are doing. But sadly, for many of my friends, Facebook is the only means to maintain a connection with them and once they go dark on social media, I completely lose track of them. In at least a couple of cases I’ve become scared for their well-being due to not hearing a peep from them. It would seem the best approach is balancing your time on and off it, something I try to do. The other thing I try to do is to scroll past any post and comments that I know will aggravate me; hard to do sometimes but a necessary action.

As to news media, I only watch it when forced, as in when my wife has it on and I am in the same room. And even then, I try my best to not look or listen. They are so biased and so focused upon making their point, which is to ridicule the right and idolize the left, that it drips like putrid sap.

They say that if you follow the hard right and hard left to their extreme ends they end up immediately next to each other. That’s because blind disregard of the facts leads to hatred of anything (or anyone) the threatens your beliefs. And that, sadly, is what is being proven daily on social media such as Facebook.

The latest evidence of this is the ever-growing wave of accusations that the election was rigged. I am sure that there are some ballots here and some ballots there that were compromised. But never, ever, could I have imagined that people would believe that tens of millions of ballots were falsified. How would one ever do that? And were it truly possible, why wouldn’t the other side do it as well? I flat out refuse to believe that this election was rigger or stolen or compromised. The logistics in pulling off something that huge across fifty state are far too complicated and would involve far too many people to ever make by believe thar anyone could manage it. And keep all those people involved quiet. People love to talk, love to brag, and love to shine on social media; we’d have know the moment it happened, had it happened! People actually post videos of themselves robbing, stealing, and even killing – you think for a moment that at least some of the folks involved in the greatest and largest election fraud in the history of mankind would not be bragging?

Yet there is a huge contingent of otherwise intelligent and educated people who are convinced, without a shadow of a doubt, that Biden stole the election, refusing to believe or accept the mandate of the people. It’s cute, sort of, in an odd way, when people do this in sporting events such as the Super Bowl of the World Series when their team has a ref’s call go against them. They refuse to accept the result and believe it was a conspiracy – I’ve seen it countless times through my years. But the US election? A conspiracy to rig our popular vote? I never, ever would have believed that a significant portion of our population would refuse to accept the voting results and would declare it rigged. Ever.

I expected it from Trump; he began setting up his loss strategy months before the election by claiming over and over again that mail-in ballots were bad and would lead to election fraud. And sure enough, it began at 2:30AM the day after the election with him claiming the mail-in ballots were making him lose. Of course, as time went on, the impact of the mail-in ballots vaporized as the in-person voting began to push Biden ahead, ultimately to a fairly comprehensive victory – a victory far beyond the weight of just mail-in ballots. So now they claim the machines were rigged or reprogramed or somehow set up to turn red votes into blue. Seriously? But I never believed that so many people would buy into the fairy tale. What a sad commentary on our times.

So where is the trail out of all this? I honestly have no idea – this is really uncharted territory for our country. But it ultimately will have to become like so much else in life after a difficult time; like it or not, time and life march on and there is really no way to not move with it. You may not be happy, you may pout or stomp your feet or even throw things but you do have to go along al time and life move on. You don’t even have to really accept what has happened, but you have to find a way to go with it until such time as things change and perhaps that which you hate so much goes away.

Or maybe Civil War will explode and we will end up with the Blue States of America and the Red States of America. People who fervently wish to follow the Red and live in a Blue state will probably pack up and move, and vice versa. Perhaps at first there will be a common currency but that would likely change fairly quickly into blue and red dollars. Perhaps state lines between blue and red will be passable without issue or challenge; but it is just as likely that there will be border guards and fenced gates. Some of the more challenging aspects would be control of the military: who gets them? Army and Navy to red and Air Force and Marines to blue? And on it goes…..a nation not just socially or economically divided; not just philosophically and morally divided; but physically and geographically divided.

Because time would never permit a blue state to co-exist when bordered on all sides by red states; they would take it over in short order; likewise, red surrounded by blue. No, the map we all now know so well depicting red or blue by votes could not sustain and remain. In fairly short order, red and blue would end up migrating geographically – strength in numbers. Either north and south or east and west, but we would have a red half and a blue half, each with their own legislative and governing bodies. Science fiction? Don’t bet on it!

But it doesn’t have to be that way – a modicum of tolerance here and a dollop of patience there and a smidgen of forgiveness can go a long way. That, coupled with some humility on the winning side and no gloating or that sort of thing, can ease the losing side into falling in step with the forward movement of time and life. There will be a new president (assuming the published vote counts are correct) and there will be an inauguration in January. And four years from now we can do it all again because that’s the beauty of the election process in our democracy. If you don’t like the results this time, encourage people to vote and try again. That’s what the democrats did after the anguish of their loss in 2016 – they campaigned, sold their platform, and actively pushed the typical non-voters to come and vote. And it worked and they won the vote. That is how it works. The republicans need to lick their wounds accept the results, and stand up a better platform or candidate and try again in four years.

I will add, here near the end of this, that I joined the ranks of the people trying to grasp the Christmas spirit myself and I put up the Christmas lights today. It was warm and a great time to do it. And while they may not go on every night for another week or two – they will go on tonight for my grandkids to see, and for me to take a peek at the peace and joy Christmas always brings. Stay well dear reader!