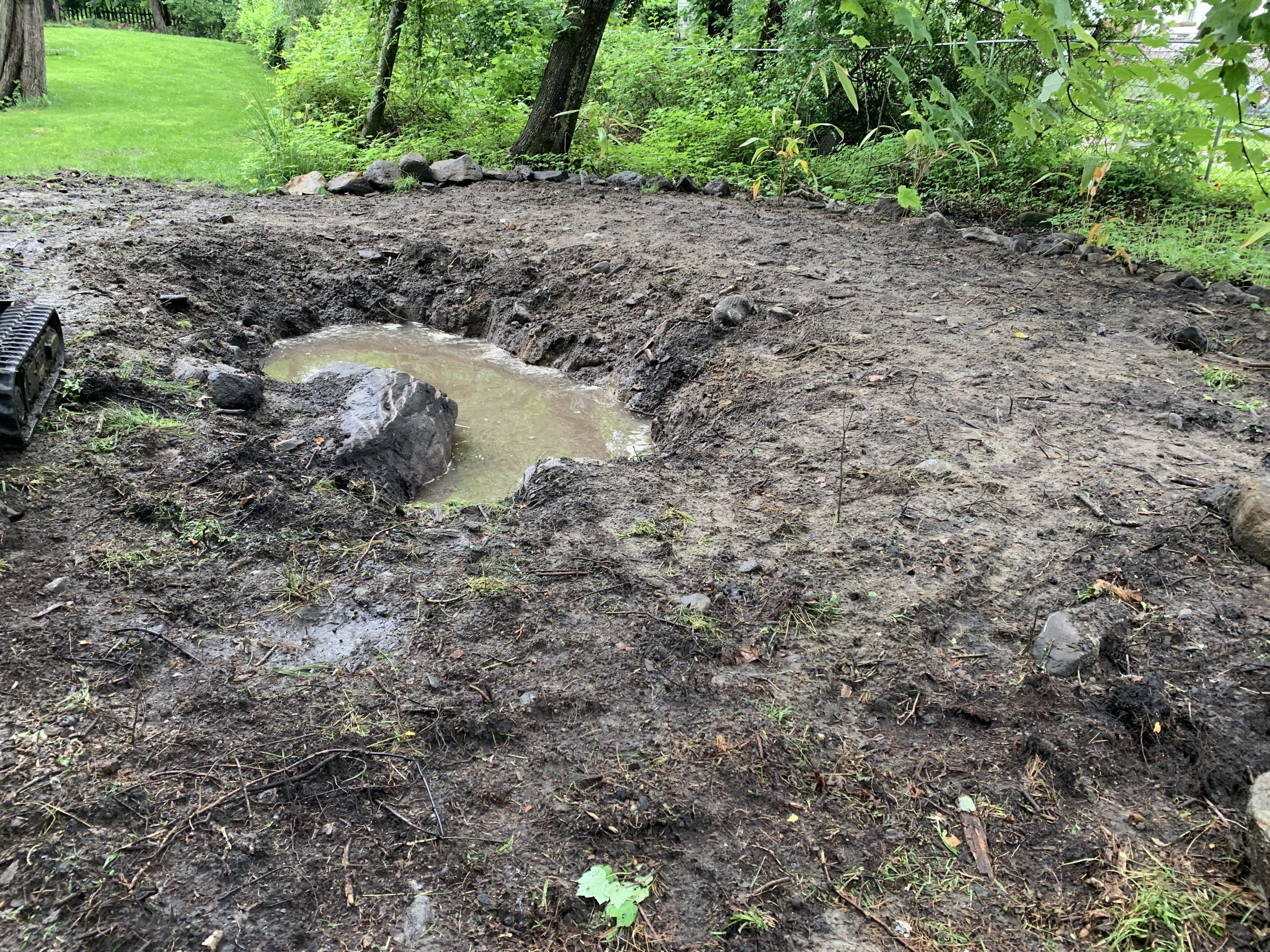 I doubt many of you come here to read about current news, events, etc. – in fact I’d expect the opposite; coming to read something as a distraction or diversion  a break from the horrific events in our country that just seem to get worse every day. I refuse to watch the news – any of it – and try my darndest to shut it out when my wife has it on in the other room. I pretty much avoid news websites as well. The bias, opinionating, and complete lack of subjectivity are maddening and cause me great stress. Even Facebook now has severely constricted viewing time – self-imposed; it has also gotten bitterly political and divisive of late and just too far over the top. So I limit my time and scroll…a lot.

But pardon me for just a minute as I touch on a couple of things. We have gone batshit crazy in this country over the Confederate flag, banning it left and right. We are tearing down statues of southern Civil War figures such as Robert E. Lee. We are removing the gun from Elmer Fudd in Bugs Bunny cartoons. We have cancelled the Live PD and Cops TV shows, I guess because they cast police officers in a good light. During this same time, I believe we’ve had over 20 police officers killed in the line of duty, all without nary a peep of sorrow or acknowledgement. This country is playing Whack-A-Mole with every little thing that pops up and causes civil discomfort. We’ve completely and totally lost the ability to think rationally and without emotion clouding those thoughts. We have lost all common sense and perspective. Protestors, rioters, looters are running this country’s socio-political conscience right now. Think about that!

The killing of Mr. Floyd was wrong. But it was not a race issue; it was a socio-economic issue and it was a bad cop issue. A young white male, Tony Timpa, was killed by police several years ago when the police kneeled on his neck for 13 minutes; far longer than was needed to kill him – he died well before they got off him. And they actually joked about it as he passed out trying to tell them he couldn’t breathe. And while there was some news coverage locally, it never hit the national level. And not a single angry protest; and absolutely NO news media coverage about it now at all, despite the fact that it absolutely mirrors Mr. Floyd’s death – just as horrific and just the same as Mr. Floyd. This is not about race unless people make it about race.

This problem of cops killing suspects is not about the color of their skin, it is about the neighborhoods that they lived in; lower economic class areas with more drugs, more robberies, more crime. Desperate times invoke desperate actions; people who are struggling inevitably lash out. Immersion in that world for a long time leads to lack of trust, fear, and aggression – on both sides – the residents and the police. And sadly, when placed into a role of authority and power, and immersed in an arena of aggression, cops can become abusive and can even dehumanize their suspects. On the other hand, the residents are living in a constant fight or flight mode, knowing they are not respected, not valued, and nine times of ten will not get a fair shake. When approached they are more likely to run than obey a “stop” command and they are more likely to struggle when caught then not; white and black alike.

Yes, there is a race issue in America. But the issue with police violence and with Mr. Floyd? That is not a race issue, it is a class issue, an economic issue. We are at war in America – a civil war – but we just don’t know it yet, although I think it is slowly dawning on some. We have a miniscule portion of our society with the vast and overwhelming majority of the money. CEO’s, celebrities, and athletes are being paid millions of dollars; we have 630 billionaires in this country. The top 400 richest individuals have as much combined wealth as 64% of the poorest households. How long can we go with billionaires riding on the shoulders of paupers? Yes, we still have slavery in America – but not based on race or skin color; it is economic slavery. That is our sad truth and that is the at the root of what is going on here.

The excavator is here and digging has commenced! I had to go deeper than expected – than hoped I should say – but I did hit water. I now need to just lay back the edges to create a gentler slope into the pond. Vertical edges just don’t work with ponds in general, but especially so with this one in particular. Since it is unlined (at least so far), the water level will move seasonally – a lot. So through July and August I expect the water to be a mere puddle at best; vertical sides on a five-foot deep hole with a muddy puddle at the bottom is a really poor idea! So now that the overall hole is cut, it becomes a task of fine-tuning the edges and surrounding area.

I used the dirt from the hole to fill in the rest of the low area in the spot in hope that it will stay at least generally dry most of the year. I had ordered some wide leaf bamboo and it arrived yesterday, so I was able to plant it along the outer edge of the new area. It should create a nice look for the spot: it can get up to ten-feet across and high, but in this area I don’t expect it to grow to more than six-feet or so. It is green year-round, it does well in sun or shade, tolerates many different soils, and does well in wet or dry conditions, which is exactly what I have here. So I am hopeful that the ugliest and least-used part of my lot will soon become the opposite.

There is something extremely fulfilling about doing yard work, whether that making a flower garden, a vegetable garden, an immaculate lawn, or whatever landscaping you do. First off, it is your land and landscaping is an improvement to the property. It also personalizes it to your likes, your taste; makes it a more pleasurable place to be. And the investment of your own thoughts, ideas, and visions coupled with the sweat equity of your labor, make for a satisfying feeling once completed. It is your personality imprinted in your piece of nature.

There is often a benefit to nature as well; birds and animals often relish in yard improvements – at least as long as you are not removing their natural habitat. I expect my animals will thoroughly enjoy the frog pond (assuming it remains wet!) And not just frogs – birds and the countless little critters roaming through the yard will frolic there as well; I expect the raccoons will love it as they like to wash their food. Bear in mind, this is not a huge pond; scantly more than a puddle in some ways. As I had alluded to in my last post, the issue is the ratio between depth and diameter: the deeper you have to dig for water, the greater diameter should be at the surface, this to allow for a gentle slope into the water. I had to go pretty deep to hit water but I have a bit of a space constraint at the surface; I have sloped it, just would like to have gone a bit farther with it.

The next thing I’ll need to address is the perimeter – the edges and slope. It is now just dirt and one thing dirt loves to do when it gets wet on an incline is to slide, I can’t have the side just sloughing off into the pond, filling it back up; I will need vegetation growth to stabilize it. It is actually raining right now, with some of the downpours pretty intense – I’ll be curious what I find in the morning. I still have the excavator for a number of days so I will likely take a few scoops out of the bottom just to clean up anything that may have slid back in. I’ve also decided that if that works out as well as I hope, I may build some sort of bridge over it. But I need to see how it plays out over the course of a year to understand how wet or dry it ends up being and for how long. So stay tuned!

I find taking something from thought to vision to plan to completion compellingly satisfying. I guess it is the spark of creation and the fire that becomes lit in all of us when we do so. I am not artistic – I’ve likely mentioned that in the past. I can’t draw, paint, play music, or any of a bevy of artistic applications. But that doesn’t mean that it’s not in me, that I don’t have the desire to create. And truthfully, I actually do have some artistic slants within me: I can write; especially fiction – short stories are my favorite. I do OK with woodworking as well, although it has been years since I’ve done so. I made my wife a jewelry box for Christmas one year and I have to say, it came out really nice. I’ve also made some small boxes – for displaying arrowheads and for my wife’s rings and the like. On one I even stretched my limits by making the box octagonal with an exotic wood inlay on the lid. An expression of art in a way. And I found this pond much the same, an expression of art; just a functional one!

All I can do is witness what is going on and offer my thoughts. And I can try to offer a place to go where one can sit and rest out of the craziness. Sort of a bench by a pond in the woods if you will. Stay well dear reader….until next time!